Mexico To Release Incarcerated People Who Were Tortured, Senior Citizens 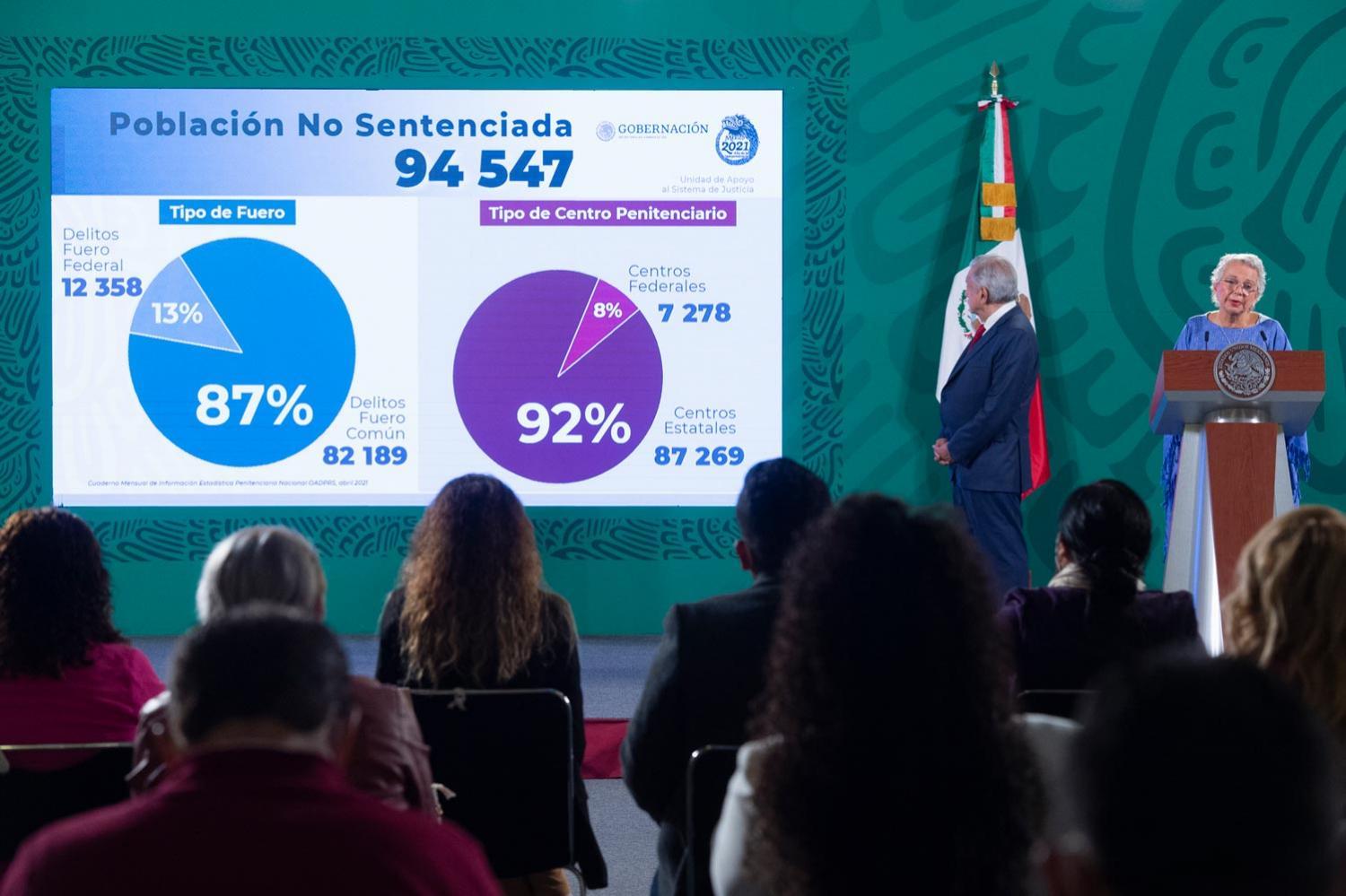 Gobierno de Mexico
Mexican President Andrés Manuel López Obrador looks on as data is presented about the number of imprisoned people who have not been sentenced in Mexico during a press conference on July 29, 2021.

Mexico is preparing to release thousands of incarcerated people from federal prisons, including those who have been tortured.

Mexican President Andrés Manuel López Obrador says the decree will free people imprisoned in Mexico who fall into four categories: torture victims; people over the age of 75; or over 65 with chronic illnesses, who are not convicted of serious crimes. And people imprisoned for more than 10 years without being sentenced who have not committed serious crimes.

"It's important that we take into account that there are many people detained, many prisoners, inmates that have not been sentenced," he said during a press conference Thursday.

There are currently 95,000 people in Mexican jails who have not been sentenced, including more than 12,000 in federal prisons, according to data presented by government leaders.

López Obrador also stressed that does not believe torture has any place in Mexico's criminal justice system.

The country has long been criticized by human rights groups for using torture to obtain confessions.