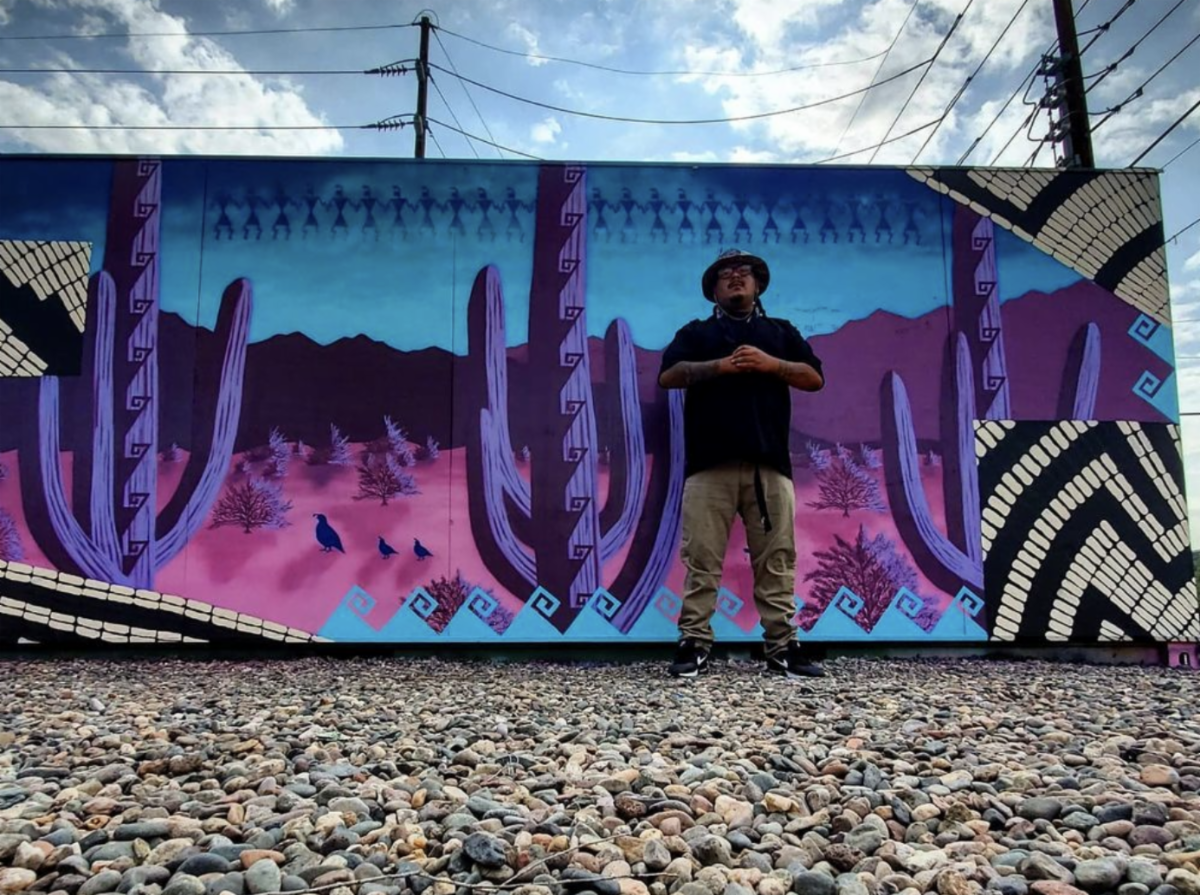 Roosevelt Row CDC
Zachary Justin's work is on display in the lot adjacdent to the Roosevelt Row Welcome Center.

For some artists, a canvass as large as a shipping container might seem daunting.

But, Akimel O'odham artist Zachary Justin said that at the same time he was working on the latest offering of outdoor murals in the yearlong "UNCONTAINED" series in the lot adjacent to the Roosevelt Row Welcome Center, “That same week, I was working on another one that was about 8 x 62 feet for Casa Blanca Community School.”

Justin drew from his outdoor environs in the Gila River Indian Community for the mural that features saguaros, birds, mountains and Indigenous symbols with a color palette that is heavy on blues, purples and magentas.

“Now it’s just Phoenix, but it once was Akimel O'odham land — all the Phoenix valley. For me, it’s cool knowing that culturally dominant mural is right there in the center of Phoenix,” said Justin.

UNCONTAINED is a collaboration between Xico Arte y Cultura, IndigeDesign Collab and Cahokia PHX that provides space for Latinx and Indigenous artists to showcase their visual stories in a prominent outdoor space along Roosevelt Row.

Four artists were chosen for the projects via juried panel and the first exhibit launched in late January.