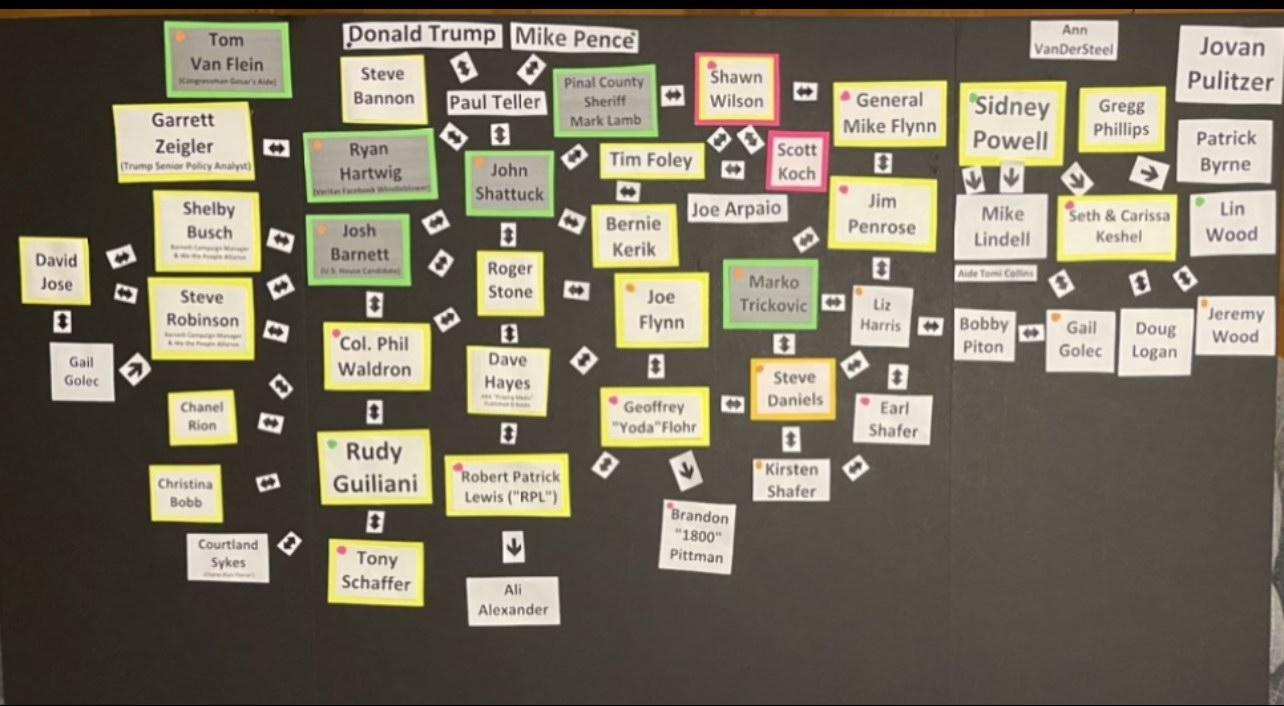 Staci Burk via Arizona Agenda
Staci Burk created an organizational flowchart of names related to massive claims of fraud in the 2020 election.

The so-called audit of Maricopa County ballots has shown a clear political divide — between Democrats and Republicans, of course, but also between Republicans who believe there has been widespread voter fraud and conspiracy and those who don’t.

Staci Burk is a Republican who once fell into the former category — but who now has landed in the latter one.

Burk’s voice was one of the loudest when it came to calling for President Joe Biden’s win in Arizona to be decertified. She also pursued a legal challenge that the U.S. Supreme Court ultimately declined to hear.

Longtime Arizona journalist Hank Stephenson wrote about Burk on his new Substack newsletter platform, Arizona Agenda, and The Show spoke with him to learn about the story.