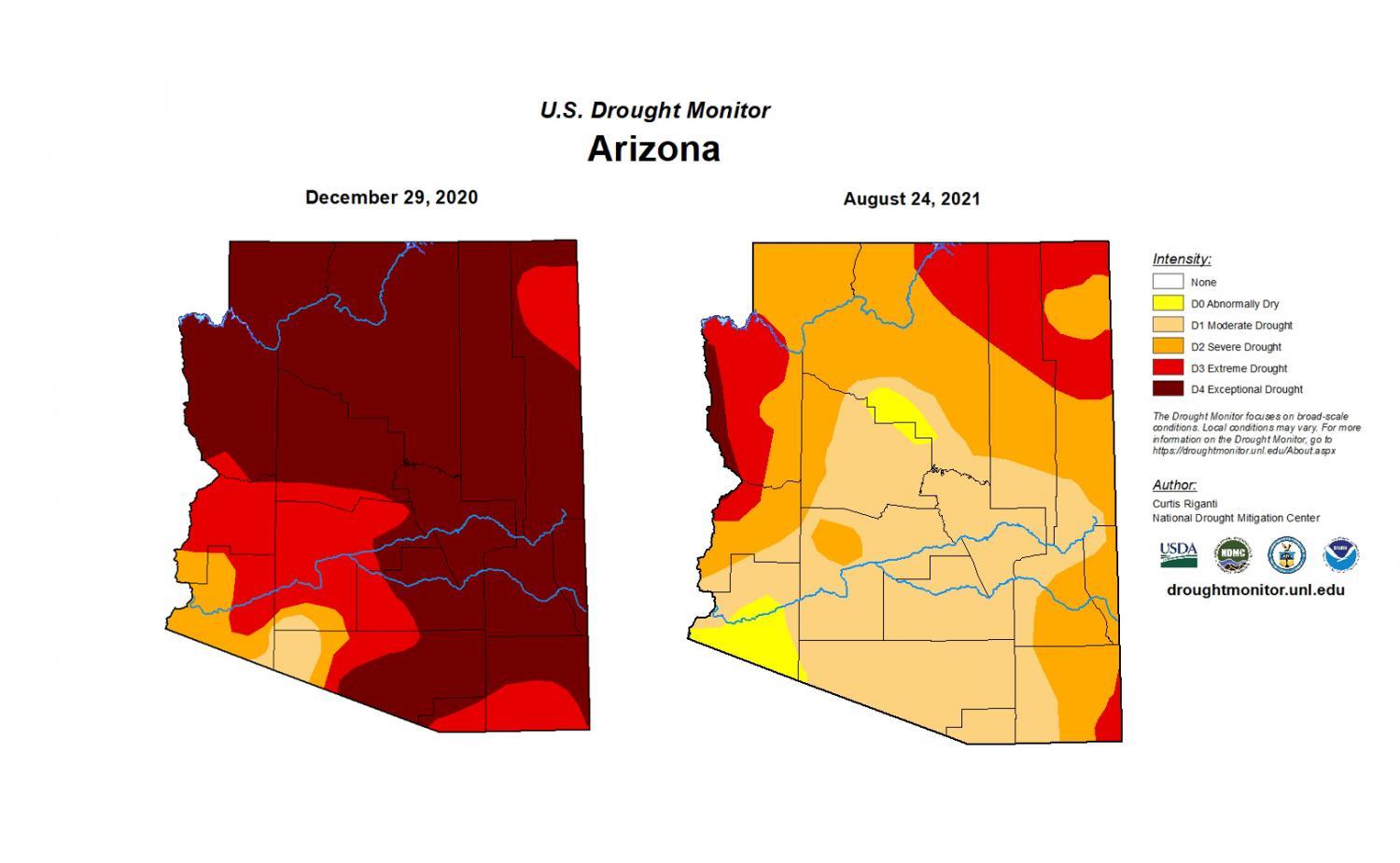 Arizona’s wet monsoon season improved the state’s drought conditions, but the West’s water woes are far from over.

At the start of this year, nearly three-quarters of Arizona was in an exceptional drought, the U.S. Drought Monitor’s most severe category. Now, less than 1% of the state is at that level.

“We still have long-term drought affecting large portions of the state, but it has gotten better, particularly in the last month,” said Curtis Riganti with the National Drought Mitigation Center.

Riganti said Arizona’s rainy summer brought much needed short-term relief for agriculture and native plants. In the long term though, it won’t be enough to stave off major shortages along the Colorado River or in other western watersheds. In fact, as conditions have improved in Arizona and New Mexico, they’ve gotten drier in coastal and Rocky Mountain states.

“Northern parts of the West, Northern California, western parts of Washington and Oregon, and a large portion of Montana have gotten worse over the last month,” Riganti said. “It’s kind of a tale of two halves of the region.”