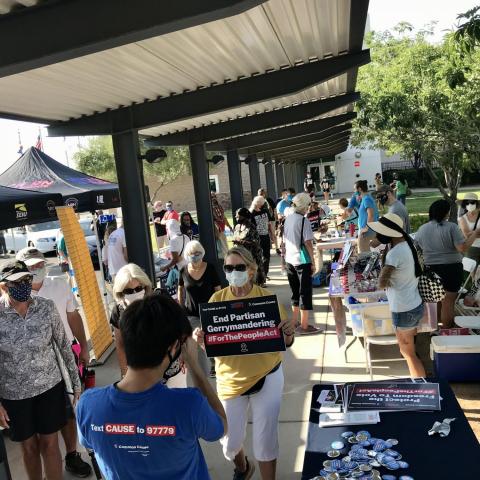 Matthew Casey/KJZZ
People on their way to the voting rights rally at Pilgrim Rest Baptist Church pass through a shaded walkway lined with tables set up for different causes.

On Saturday, tables lined a shaded path to the church. Voting rights advocates and groups like the Maricopa County NAACP spoke with people on their way inside. Music played as free T-shirts with King’s face and those of other Civil Rights leaders were passed out near the door.

Arizona has imposed new restrictions making it harder to vote. Republicans made it so people can be erased from the permanent early voting list and get less time to fix their ballot signature. The U.S. Supreme Court just upheld a state ban on most types of ballot collections.

Arizona Democrats have midterm dreams to win a third U.S. Senate race in as many election cycles and take the governor’s office.

But D.C. Democrats have little time before the midterm elections to try to defang the recent wave of GOP measures here and in other states with a federal voting rights bill.

This weekend, the rallying call at Pilgrim Rest church was the 58th anniversary of the March on Washington for Jobs and Freedom. 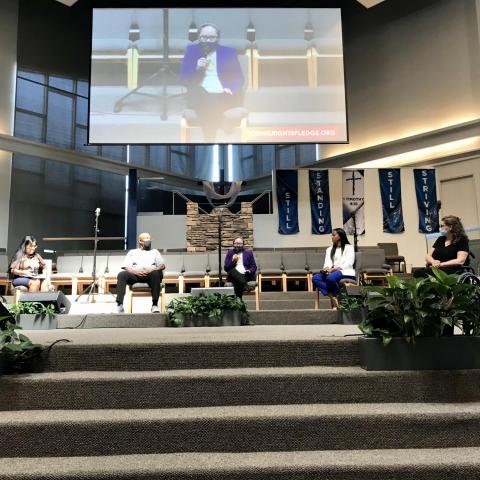 Matthew Casey/KJZZ
A panel discussion on voting rights takes place on the altar of the Pilgrim Rest Baptist Church.

The program aimed to tie efforts to sign up two million new voters, and press Congress to act on voting rights legislation, on the anniversary of Martin Luther King Jr.’s most famous speech, “I Have a Dream.”

“We are really in the states that have seen the most voter suppression,” said Zulema Rodriguez, Arizona director for the political group March On for Voting Rights. “This isn’t a Black issue. This isn’t a brown issue. This an everyone issue. And we have to all work together to make sure that everyone has a path to the polls.”

“But if they don’t go for it, we have to be prepared to get people to the polls no matter what,” he said.

Liz Shuler, the newly elected head of the country’s biggest union, spoke at the flagship event in the massive Pilgrim Rest church.

“And like Congressman John Lewis said, in a democracy, say it with me, the vote is the most powerful nonviolent tool we have and we must use it,” said the president of the AFL-CIO. “In our house, the house of labor, voting rights and worker rights are one.”

The socially distanced crowd also listened to diverse Native American voices and a transgender refugee yearning for the right to vote. 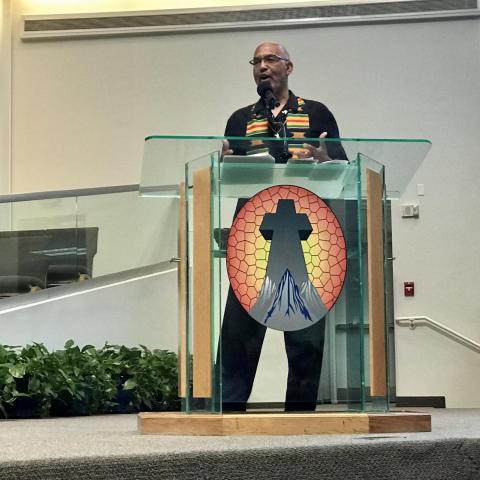 “That dream of Dr. Martin Luther King, believe it or not, included Arizona,” he told the crowd.

Stewart pointed out that a version of the Arizona Territory was briefly part of the Confederacy.

“Arizona sided with keeping slavery in the United States of America,” he said.

Later as a state, Stewart said, Arizona chose systemic racism against all non-Whites. 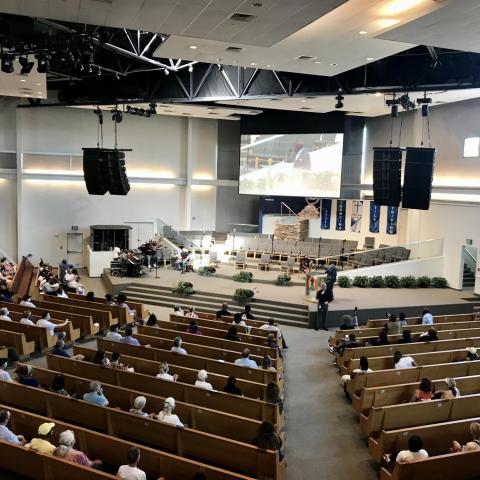 Matthew Casey/KJZZ
The balcony view at Pilgrim Rest Baptist Church of a socially distanced crowd hearing different speakers on the 58th anniversary of the March on Washington.

Then Stewart recalled soon-to-be Gov. Evan Mecham telling him and other leaders that King’s legacy was not worthy of closing banks and government offices for a day every January.

“He talked to us like we were children. He said, ‘You Black people don’t need a holiday. Ya’ll need jobs,’” said Stewart.

Arizona was the last state in America to formally honor MLK Day, a controversial delay that cost the state its first Super Bowl.

The yearly MLK celebration is a symbol, said Stewart, and substance is needed now.