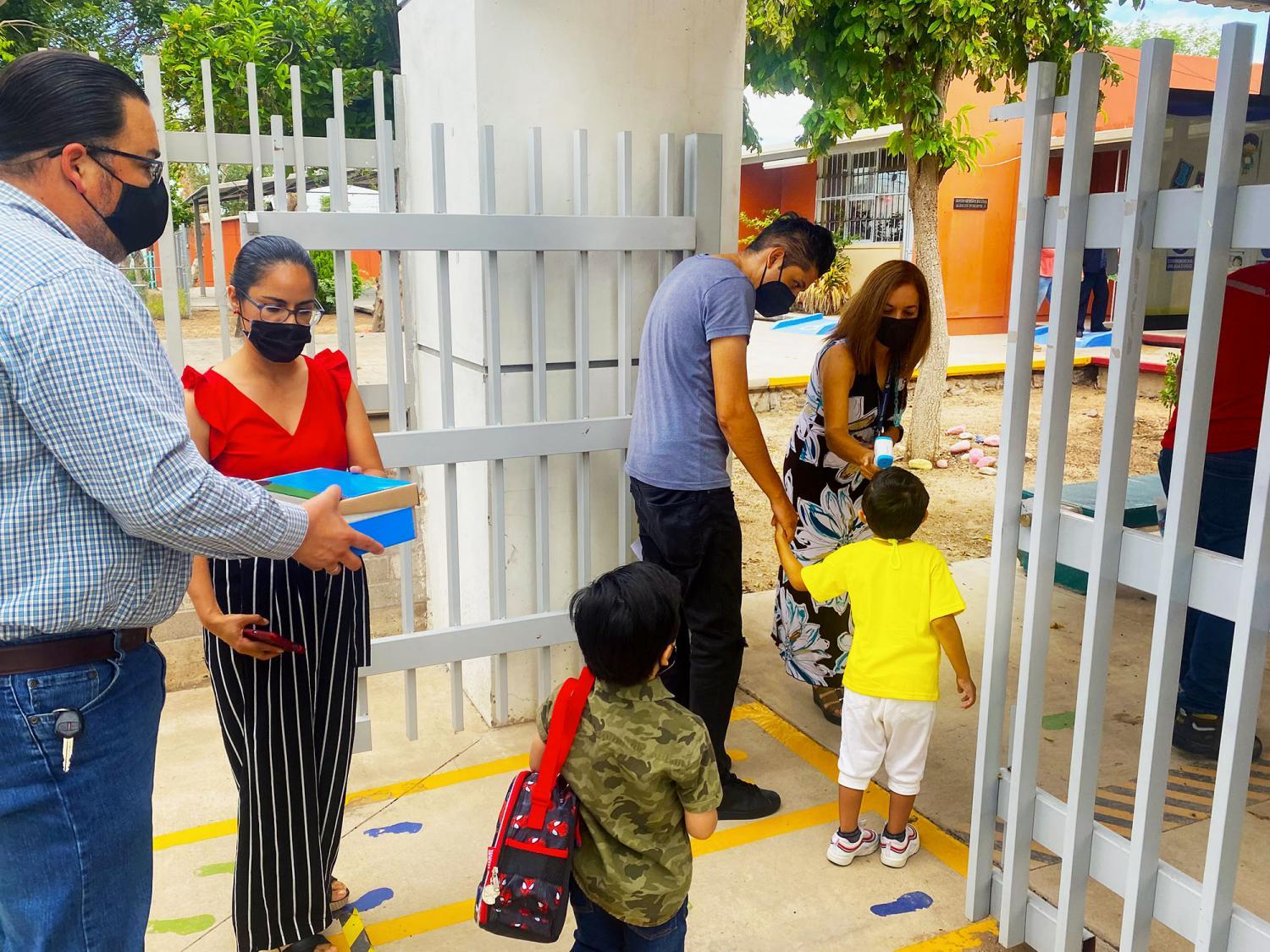 Kendal Blust/KJZZ
Parents and children arrive at a preschool in Hermosillo, Sonora, on Aug. 30, 2021, for the first day of in-person classes since the start of the pandemic.

Schools across Mexico reopened for in-person classes Monday for the first time in more than a year. But attendance was sparse in neighboring Sonora.

According to Mexico’s top education official, about 11 million children of students around the country returned to in-person classes on Monday. That's about 44% of students in what's known as basic education nationally.

But in Sonora, the numbers were much lower.

Fewer than 37,000 students returned to classrooms in the state’s primary, secondary and pre-schools — only about 7% of students enrolled in Sonora’s public and private schools, according to preliminary data released by state education officials.

In part that’s because less than half of Sonoran schools were ready to reopen.

But even among schools that were able to begin offering in-person classes this week, only about 18% of students were in attendance.

For now, most Sonoran children will continue distance learning through TV, radio or online classes.