Officials: 83% Of Sonoran Adults Have Had At Least 1 COVID-19 Shot 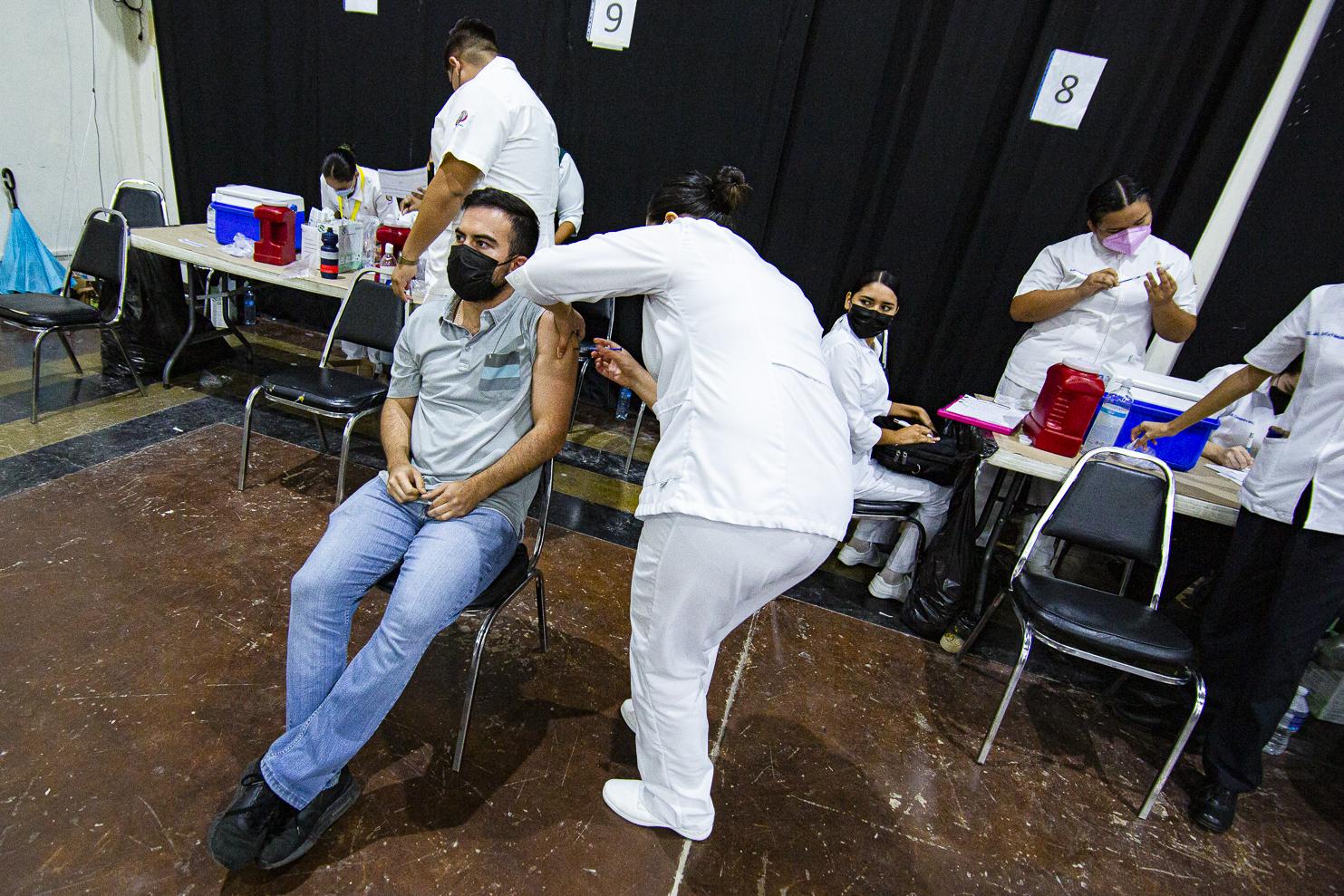 Murphy Woodhouse/KJZZ
An Hermosillo resident gets a dose of the coronavirus vaccine in August 2021.

Vaccinations in Mexico have rolled out much more slowly than in the United States. But officials in neighboring Sonora say they are now making quick progress toward vaccinating all adults.

About 2 million people, or 83% of those 18 and older, have received at least one dose of a COVID-19 vaccine in Sonora. Of those, 49% are fully vaccinated, according to federal delegate Jorge Taddei.

That puts the state well above the national average in Mexico. Across the country, about 65% of the adult population has received at least one vaccine dose.

Sonora’s higher numbers are at least partially explained by the Mexican government’s decision to accelerate the pace of vaccination in cities along the border with the United States — part of an effort to end pandemic border travel restrictions.

While Sonora still lags behind Arizona in overall vaccination numbers, the it has now provided first doses to a larger portion of the adult population than Arizona, where about 69% of those 18 and older have received at least one shot.