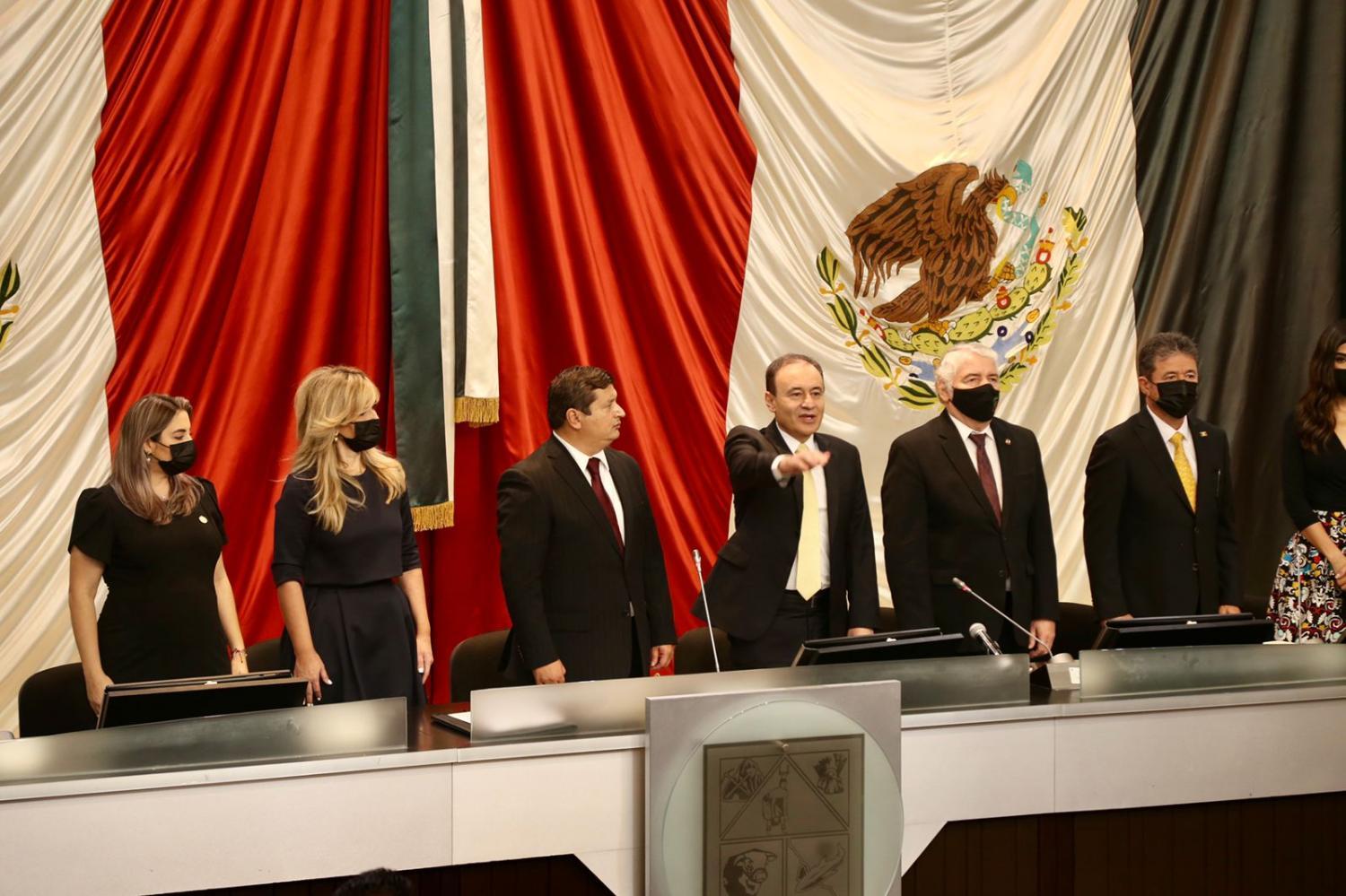 Gobierno de Sonora
Sonoran Governor Alfonso Durazo (third from right) was sworn in during the early morning hours of Sept. 13, 2021

Sonora’s new governor was sworn into office Monday. During his first public address in office, he slammed previous leaders as corrupt and ineffective, and promised to bring major changes to the state.

Sonora’s newly inaugurated governor, Alfonso Durazo, touched on everything from security to education and tourism to trade during an hourlong speech Monday — his first from the governor’s palace in Hermosillo.

But his overriding message was a promise to transform Sonora during his six years in office — an extension of President Andrés Manuel López Obrador's so-called “fourth transformation” of Mexico, which he says is a revolutionary movement to end corruption and income disparities, and make the country self‐​sufficient.

Durazo, who brought harsh criticism against former governors, calling them corrupt and saying the hadn't done enough for the people of Sonora, promised to demand complete honesty from everyone in his government. He also praised the federal government's efforts to expand military and national guard presence in Sonora and said he would double Sonora's state police within his first year in office. And he reiterated the president's long-standing promise to help Mexico's poor, saying he would bring prosperity to Sonora by starting with those most in need.

Durazo is a member of the president’s Morena party and previously served as Mexico’s security secretary. He won the governor’s race by wide margins during Mexico’s June elections.