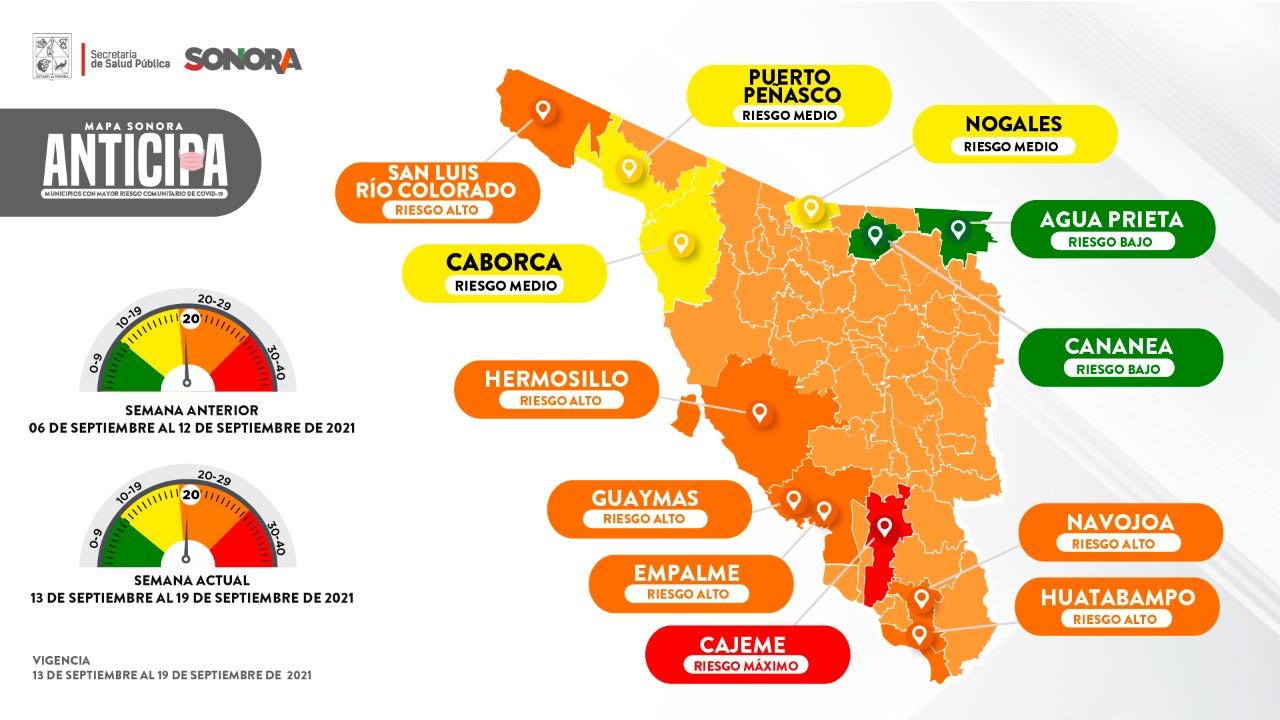 Salud Sonora
Sonora's health officials released a new map Sunday, Sept. 12, showing where the greatest spread of COVID-19 is taking place. Cases have decreased since the previous map was released.

Neighboring Sonora, Mexico, may finally be at the tail end of what’s been called its third wave of COVID-19 as cases steadily fall.

After several months of reprieve in the spring, COVID-19 cases started to rise again in Sonora this June, part of what’s been called the third wave of the pandemic across Mexico.

In mid-August, the state reported daily coronavirus case counts that rivaled previous highs during the pandemic in January and February. But cases now appear to be steadily decreasing, and officials say the positive trend marks the end of the third wave in the state.

Nationwide, the number of reported cases have similarly been trending downward after reaching record highs in August, according to official data.