Kendal Blust/KJZZ
Protesters in Hermosillo support the Yaqui community marching in Loma de Bacum on Sept. 14, 2021, to call on the government to find 10 men who have been missing since July, pictured on their banner.

About 50 people in a Yaqui town in southern Sonora protested Monday to draw attention to the disappearance of 10 men from the community.

Tuesday marks two months since 10 men from the town of Loma de Bacum went missing. Seven are members of the Yaqui tribe.

On Monday evening and Tuesday morning, a group of protesters led by wives, sisters, mothers and daughters of the disappeared marched in Loma de Bacum, calling on Sonora’s newly inaugurated Gov. Alfonso Durazo to make the case a priority.

Meanwhile, about a dozen others held a simultaneous protest in Hermosillo.

"Our primary interest is the end of violence in the Yaqui community," said Gerry Valenzuela, who is from the Yaqui town of Vicam, though he is not a tribal member.

Valenzuela said government leaders need to quell growing violence that has led to multiple disappearances and murders in the Yaqui community in recent months, and their first course of action should be to find the missing.

Many protesters are also asking for the release of Fidencio Aldama, a Yaqui man who has been in prison since 2016 after being accused of committing murder while defending his tribal territory as a member of the Yaqui Traditional Guard from the construction of a gas pipeline by the company Sempra Energy. Many, however, are convinced of his innocence and consider him a political prisoner being held in retaliation for his fight against government and private interests on tribal land. 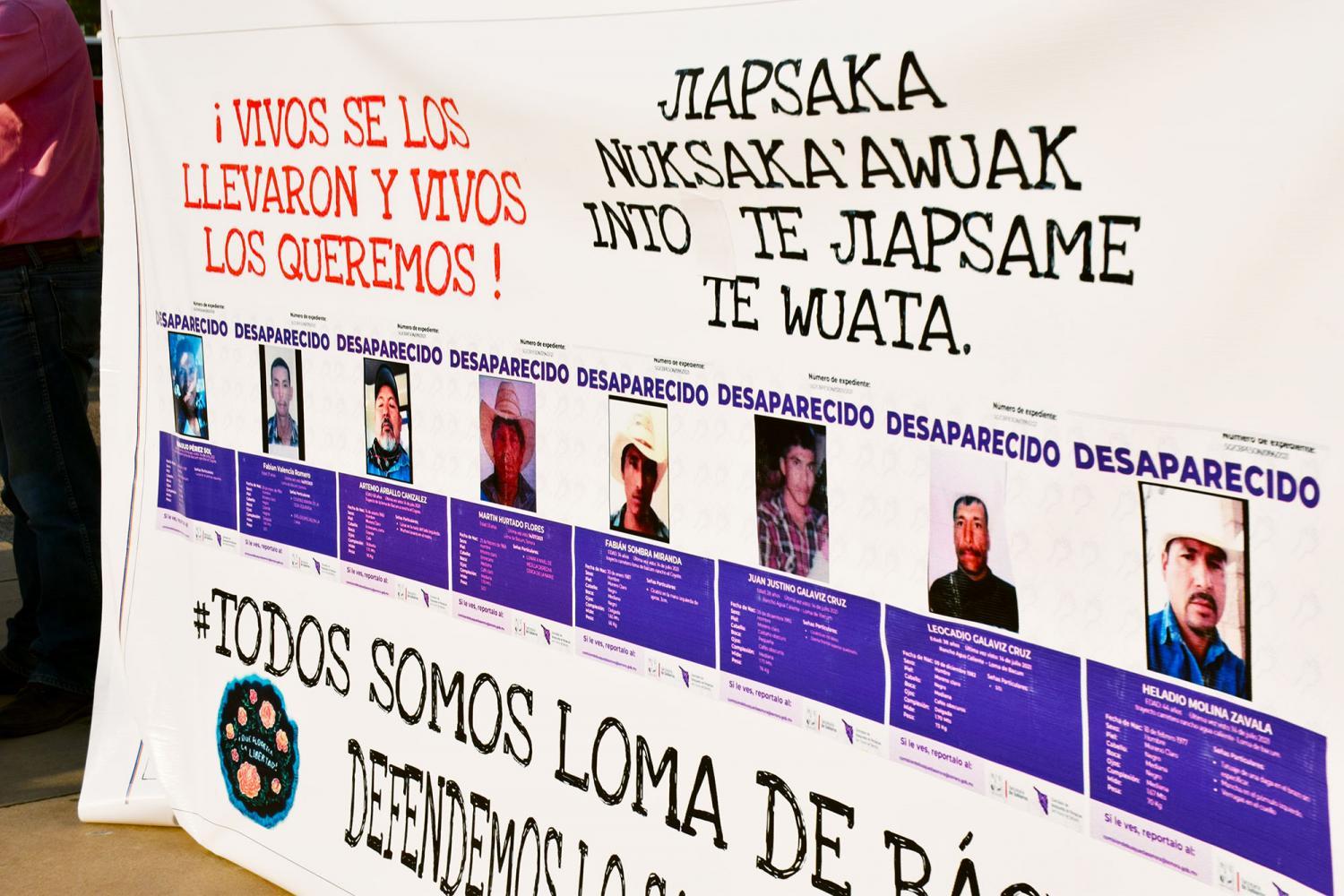 Kendal Blust/KJZZ
It's been two months since 10 men went missing from the Yaqui community of Loma de Bacum in Sonora in July 2021.
Fronteras Sonora Social Justice