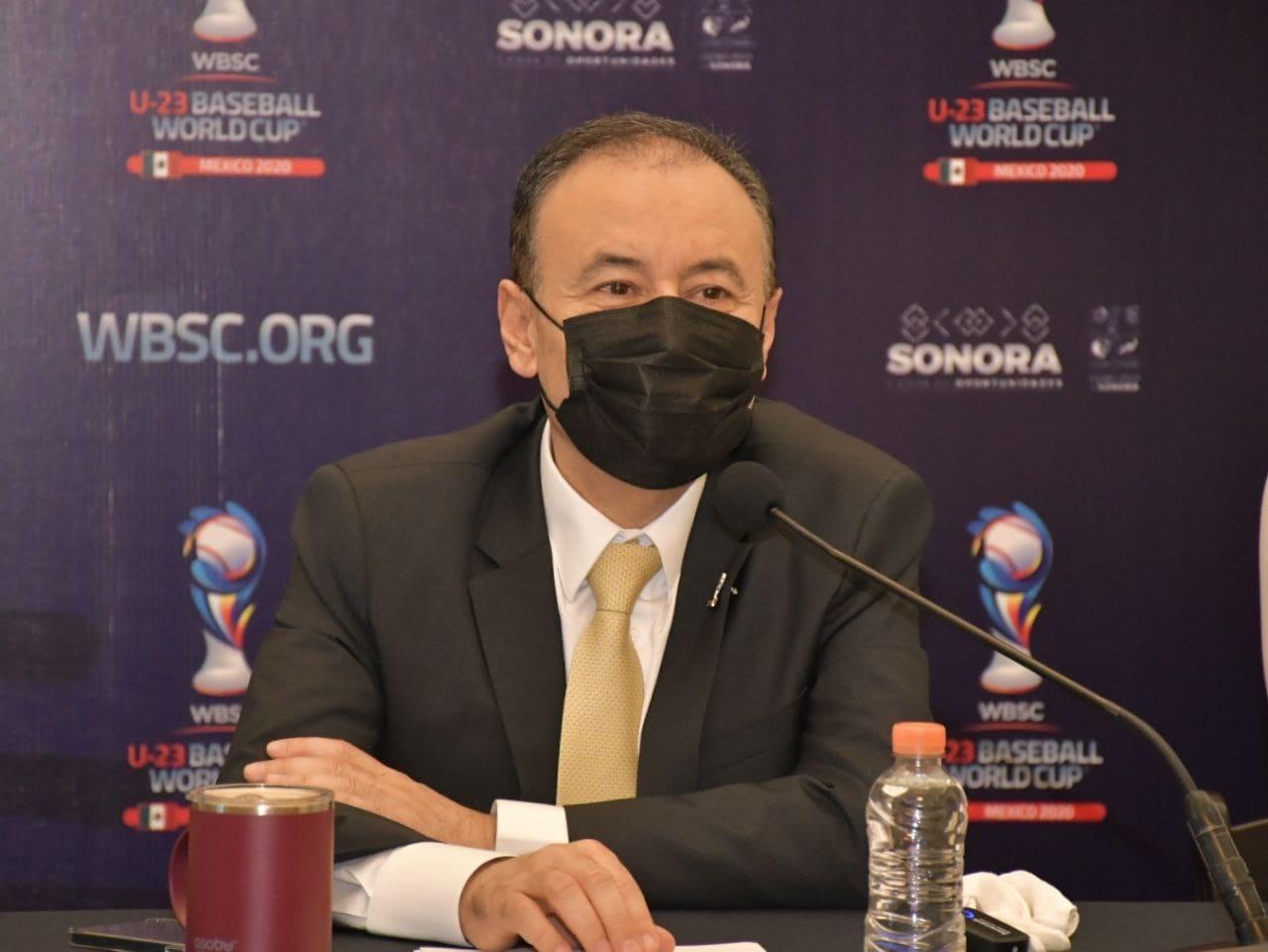 Gobierno de Sonora
Sonora Governor Alfonso Durazo speaks during a press conference on the upcoming U23 Baseball World Cup being hosted by Sonora.

Neighboring Sonora, Mexico, is set to host the U23 Baseball World Cup starting this week. But while officials are touting the major international event, they are also grappling with safety concerns.

Twelve baseball teams from around the world with players age 23 and younger will compete at Sonoran stadiums in Hermosillo and Ciudad Obregon over the next two weeks.

But escalating violence in Cajeme, the southern municipality that includes ciudad Obregon, has raised concerns, with some business leaders even calling for a 10-day truce with criminal groups.

"Let them take a vaccation," said Ivonne Llamas, president of Mexico’s Chamber of Commerce in Cajeme, during a press conference. "Give us a chance to have these young men visit in peace."

Cajeme has consistently been among the Mexican municipalities with the high murder rates in recent years, and new data show there were nearly three times as many murders there in the first eight months of 2021 than during the same period last year.

Still, Sonoran Governor Alfronzo Durazo has insisted the event will be safe and successful. He hopes he championship will be an economic boon for the state and put Sonora on the map as a world-class sports venue.