Hundreds of pro-choice advocates gather for Women's March in Phoenix 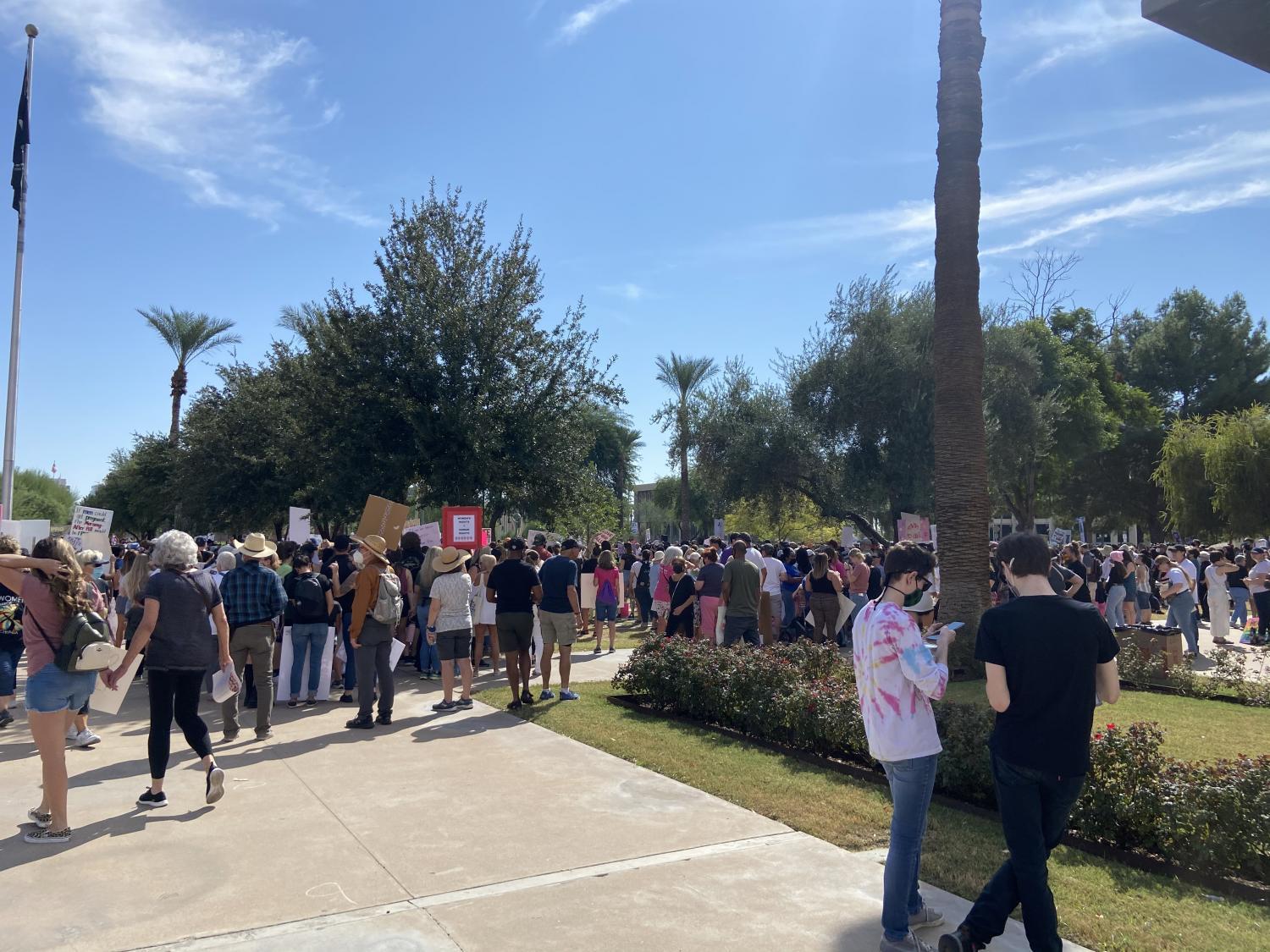 Hundreds of pro-choice advocates gathered at the Arizona Capitol in Phoenix on Saturday morning in response to the recent U.S. Supreme Court decision to uphold Texas’s anti-abortion law.

Attendees of the march gathered on the Capitol lawn and walked around the legislative headquarters, in an attempt to inform Arizona lawmakers of the need for safe access to abortion.

Xenia Orona is the co-executive director of the Fuerte Arts Movement, an Arizona advocacy group.

“It’s really heartening to see this coalition of people who care about a number of different issues having each other’s backs, in order to make sure we’re all being protected and taken care of by the people who say that they represent us, but really are not doing that work,” said Orona. 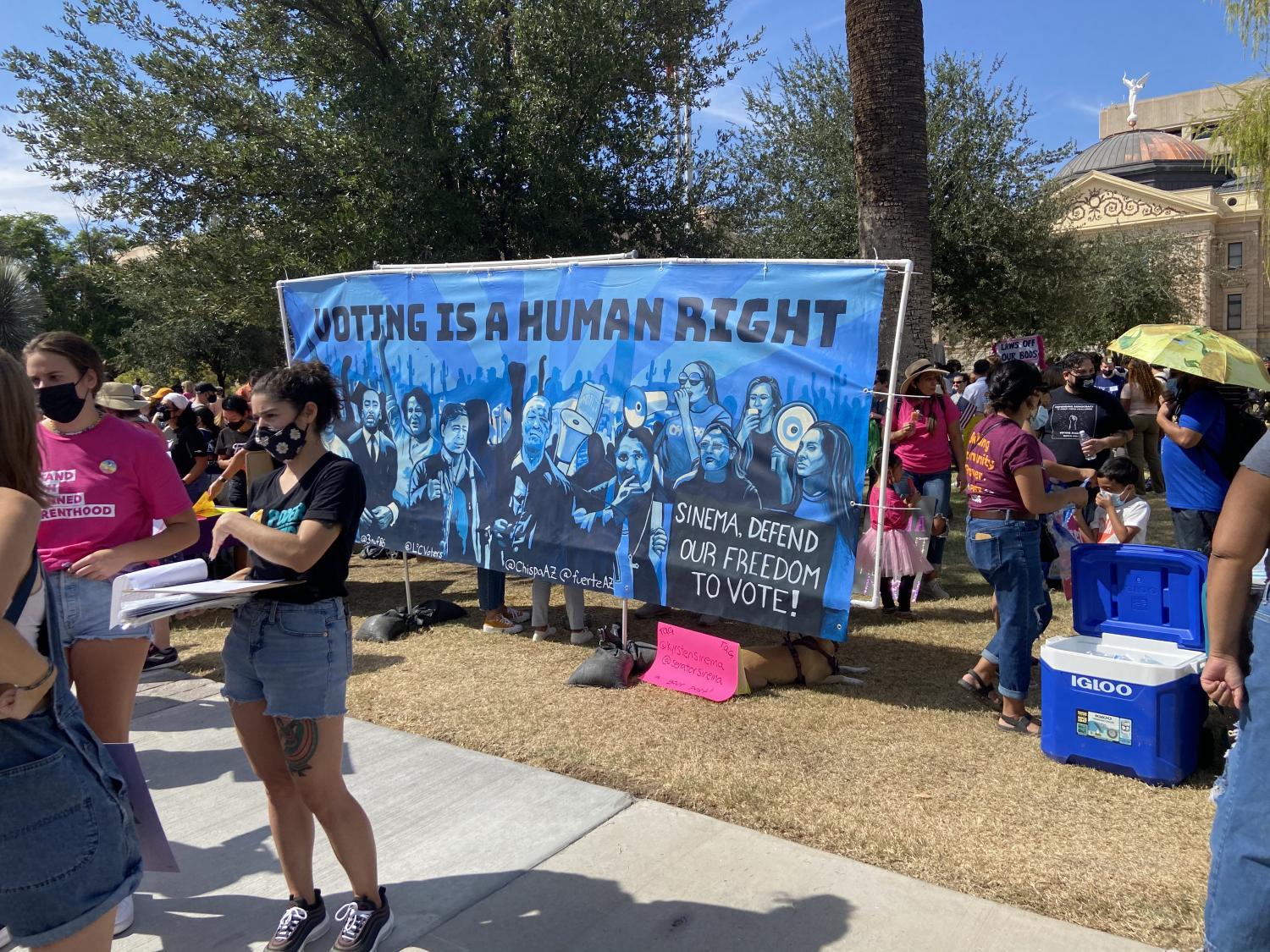 Orona and Fuerte Arts were distributing signage critical of Arizona Sen. Kyrsten Sinema, who they feel has not properly protected voting rights or represented the needs of women in the state.

Kristen Pierce is a spokesperson for Arizona List, an organization dedicated to supporting pro-choice female candidates in local elections.

“It makes my heart happy that people have decided to turn out this morning like they have, and support other women and support our freedoms, our bodily autonomy and our self-determination,” said Pierce. 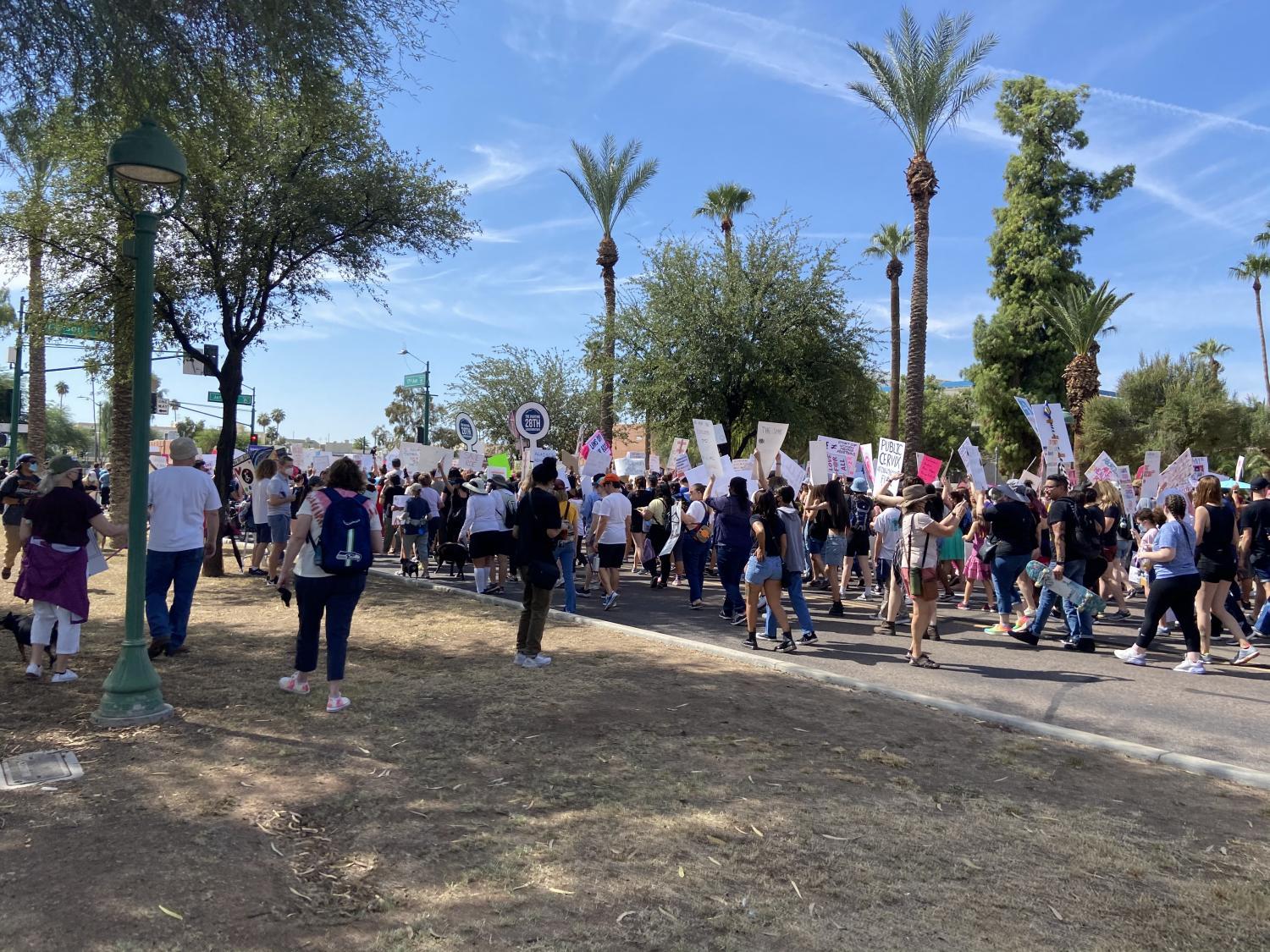