Everything at the Tempe Really Really Free Market is free. Really 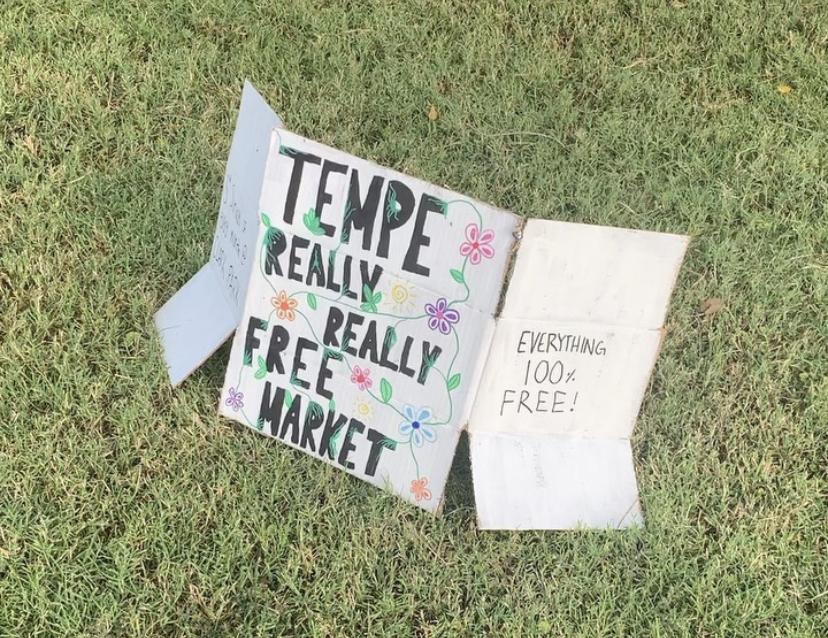 The independently-operated Tempe Really Really Free Market is just that: a place for metro Phoenix residents to give away and take home free items, like secondhand clothing, home goods and nonperishable food items.

When you enter Clark Park in Tempe bright and early at 7 a.m., you’re cheerily greeted by Arizona State University student Ziggy Bowker, the coordinator of the event.

Bowker says they got the idea from a similar market held in Portland, and thought Tempe residents would respond well to the idea.

“That’s a really cool idea, I wonder if Tempe has anything like that,” and we didn’t really, so I just kind of like, made an Instagram and made a flyer and asked my friends to repost it,” said Bowker.

Bowker says patrons are often surprised that something like this exists in Tempe, but attendance at the market has been steadily growing since May, with the Instagram account promoting the event amassing almost 1,000 followers.

“I was just excited that a couple random people that I didn’t know showed up, and now having 50-60 people at our events has been … unreal,” said Bowker.

Bowker says that the free market provides not only goods, but a sense of community and social connection, something that the past year was sorely missing.

“I wanted it to become a community event, so we can connect with our neighbors. I don’t know, I think obviously during the pandemic we lost that connection with one another,” said Bowker.

Donor Hope Anderson works with and donates to a number of charitable organizations. She says the market has the added benefit of the ability to meet and talk to other Valley residents face to face.

“I’ve met people here who I’ve stayed in touch with, or who I’ve met online first and have met here in person, and I think it really helps putting names to faces and trying to get to know our neighbors,” said Anderson.

Bowker is studying sustainability at ASU. While the market wasn’t created thinking solely about the environmental impact, many patrons and donors, like Anderson and Jazlen Escobar, say that the event also benefits the environment by keeping clothes in circulation. 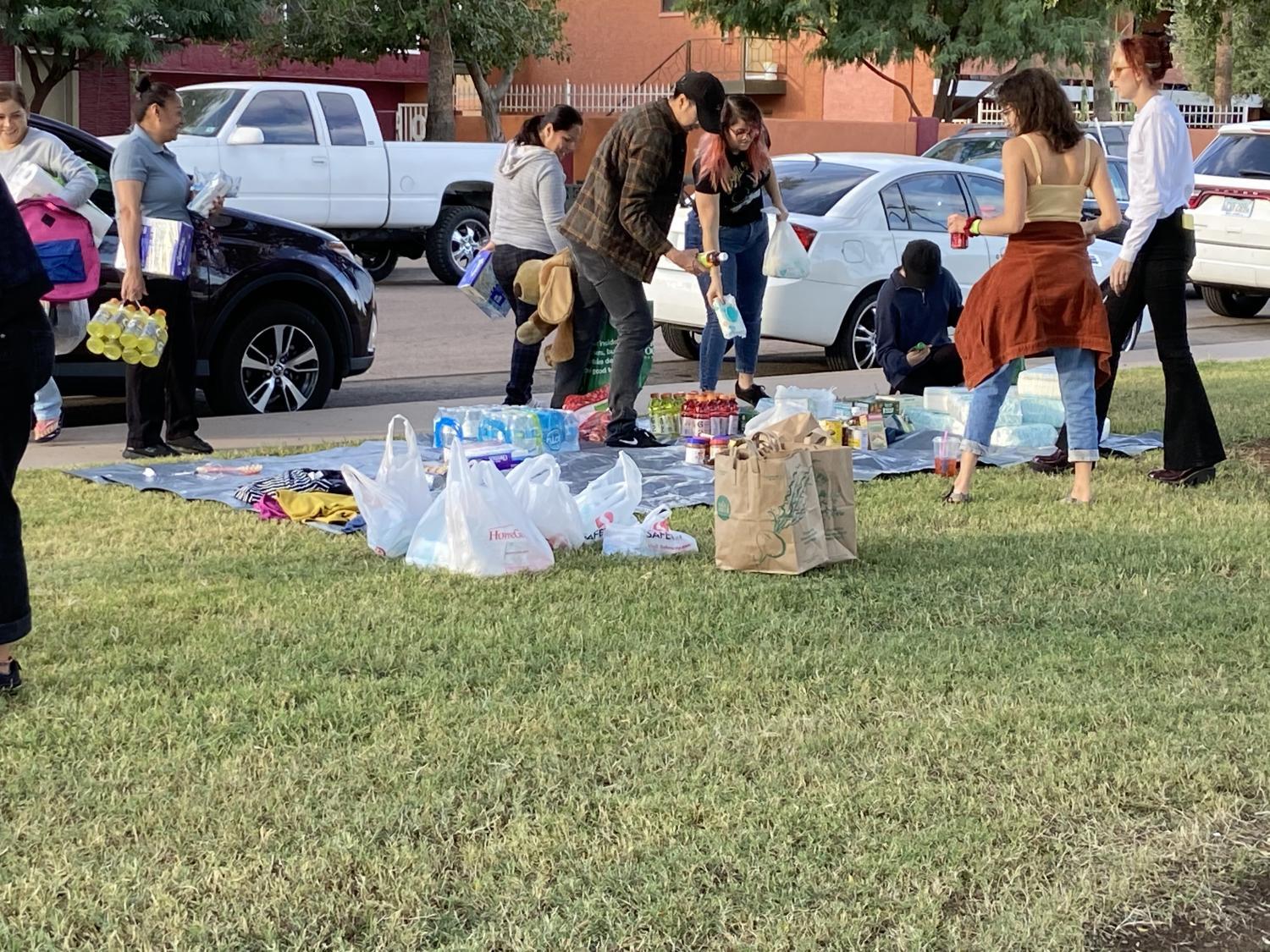 “Depending on how much people are aware of, like fast fashion and all that kind of stuff, giving away clothes and sharing clothes definitely helps with not having all this stuff being put in landfills,” said Escobar.

Riley Baillie was one of many people giving items away at the event this month. He says he used to take things and donate them to thrift store chains like Goodwill, but he prefers to give people what they need for free.

“I feel like this is somewhere where, maybe this stuff would have benefited someone there, but they would have paid the $2.99 or whatever. This, we know they can have it for free, and they can take it and use it, and that kind of warms your heart,” said Baillie.

Baillie says the variety of people donating items allows for those in need to choose what they will use, rather than just being given something.

“I feel like a lot of organizations and community things are like, ‘Here, this is what you need,’ and this is something where you kind of get the option,” said Baillie.

Patrons are not only able to take home secondhand clothing, but household items like cookware and diapers, as well as nonperishable food items.

Donor Jameson Baker says he and his girlfriend find different organizations to help as often as they can, but the free market allows them to tailor what they give away based on what people say they need.

“It’s a great opportunity to talk to the community, and see what they actually need, and if you have that stuff, you can display it and let them have it,” said Baker. 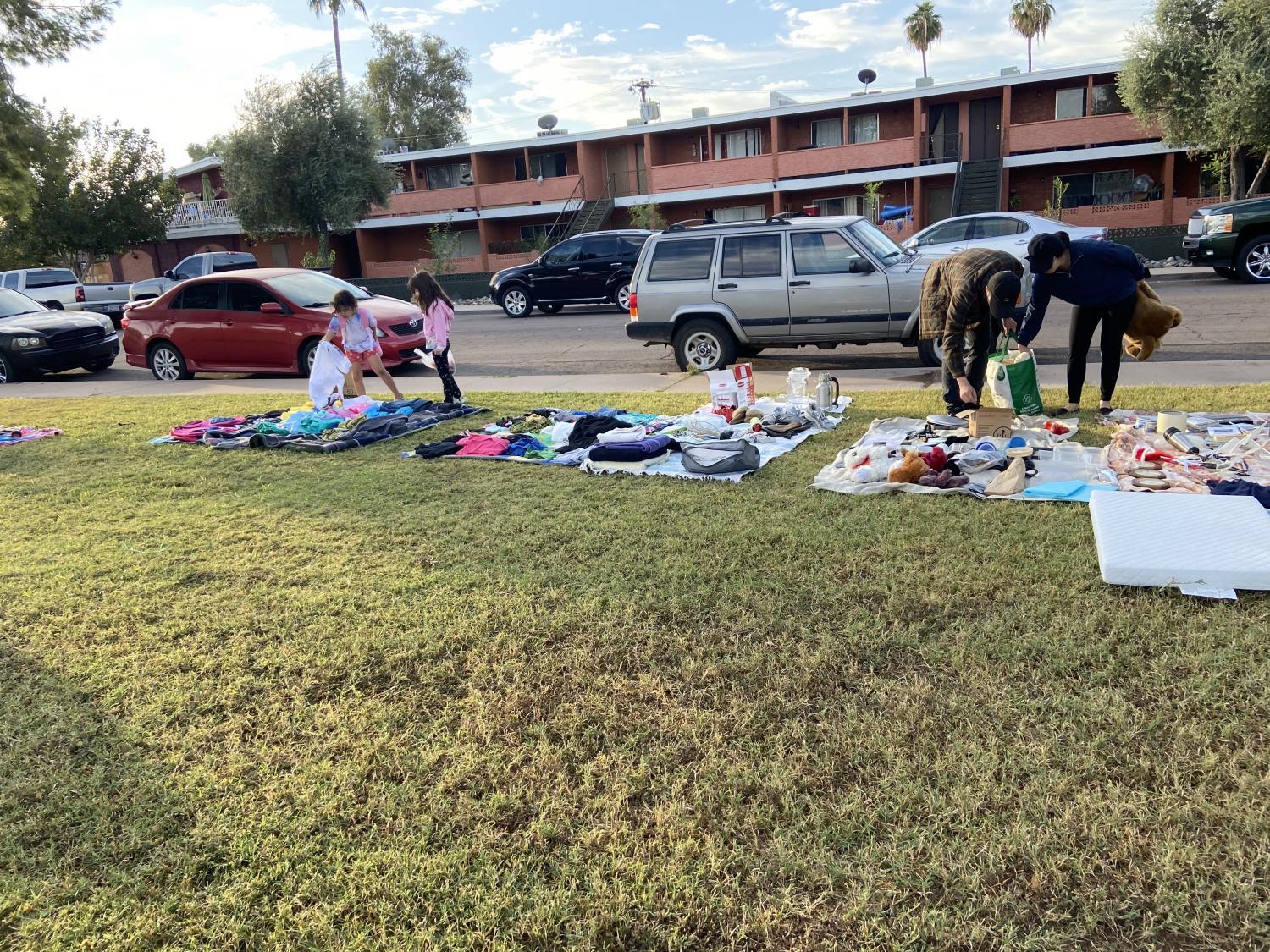 Baker says the ability to give away clothing to people who need it allows him to give others what he didn’t have growing up.

“I was one of the people who had struggled getting clothes every day, my mom couldn’t afford things, so this is the type of stuff that we go to, y’know, just growing up, giving back, why wouldn’t I,” said Baker.

The Tempe Really Really Free Market takes place every third Sunday of the month, but Bowker says people they’ve met at their event have started free markets in Phoenix and Mesa as well.

“I think that’s been the biggest impact, probably, that it’s had on somebody else is that it’s inspiring them to do something, or do the same thing, or do something that will also help their community,” said Bowker. 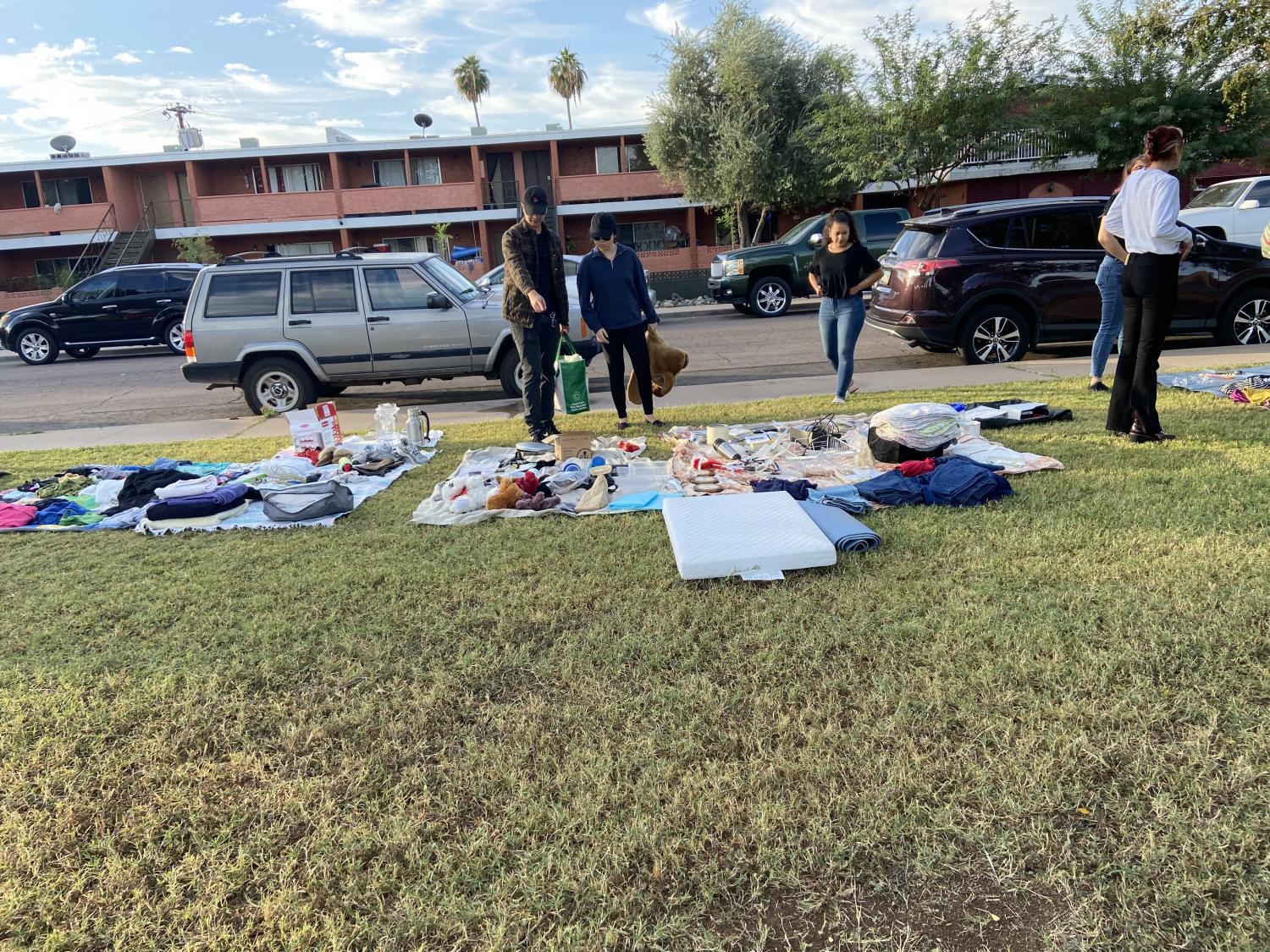