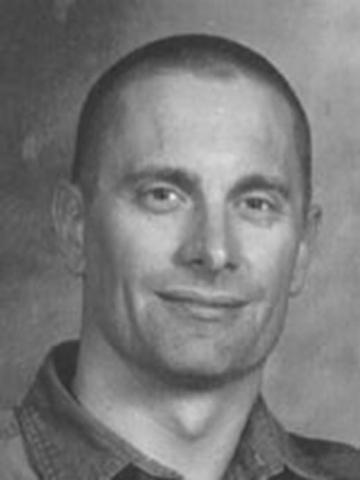 One of Arizona’s most well known fugitives has been dropped from the FBI’s 10 Most Wanted List.

The FBI announced Wednesday that the alleged leader of the MS-13 for all of Honduras, Yulan Adonay Archaga Carias, has replaced Robert William Fisher on the list.

Fisher is wanted in the murder of his wife and children in 2001 and setting fire to their Scottsdale home. He has been on the Most Wanted List since June 2002.

In a press release, the FBI said Fisher's case does not quality for the Most Wanted List is because "[o]ne of the criteria for placement ... is the need for publicity to help locate and capture the subject. Because the extensive publicity Fisher’s case received during its nearly 20 years on the list has not resulted in his successful location and/or capture, the case no longer fulfills that requirement."

The FBI also said that while Fisher is still at large, there is no evidence he "has engaged in any additional illegal activity since his originally alleged crime."

Authorities found the bodies of Mary Fisher, 38, and the couple's children, Robert Jr., 10, and Brittney, 13, in their beds amid debris in April 2001. All three had their throats slashed, while Mary Fisher also had suffered a gunshot wound to the head.

Less than two weeks after the killings, authorities found Fisher's abandoned SUV and his dog about 90 miles northeast of Phoenix near the town of Young. Believing Fisher, who was 40 at the time, was possibly hiding out in a series of caves, more than 100 officers conducted a manhunt of the mountainous terrain. The search was called off a few days later.

Even 20 years later, the FBI says it is still receiving tips about Fisher’s whereabouts.

Taylor Hannah, an FBI special agent assigned to the Fugitive Task Force, said in April 2021 that Fisher hasn’t been officially spotted since his disappearance.

The FBI said Wednesday it does not believe that Fisher's presence on the Most Wanted List will yield any more information that would lead to his capture.

“Really the trail went cold, where [Fisher's wife] Mary’s 4Runner was found up in Tonto National Forest, that’s where we last know Robert Fisher to have been, after that, we don’t really have any confirmed sightings," Hannah said.

Hannah said the FBI was reprocessing some evidence this year due to advances in forensic sciences.

The FBI said Wednesday "the active investigation will continue in order to bring closure to Mary and Robert’s families." The FBI is offering $100,000 for information leading to Fisher’s arrest.

Still on the FBI’s Most Wanted List is Jason Derek Brown, who is accused of killing Robert Keith Palomares, an armored car guard, outside an Ahwatukee movie theater during a robbery. A $200,000 reward is being offered for information leading to Brown’s arrest in the November 2014 killing.