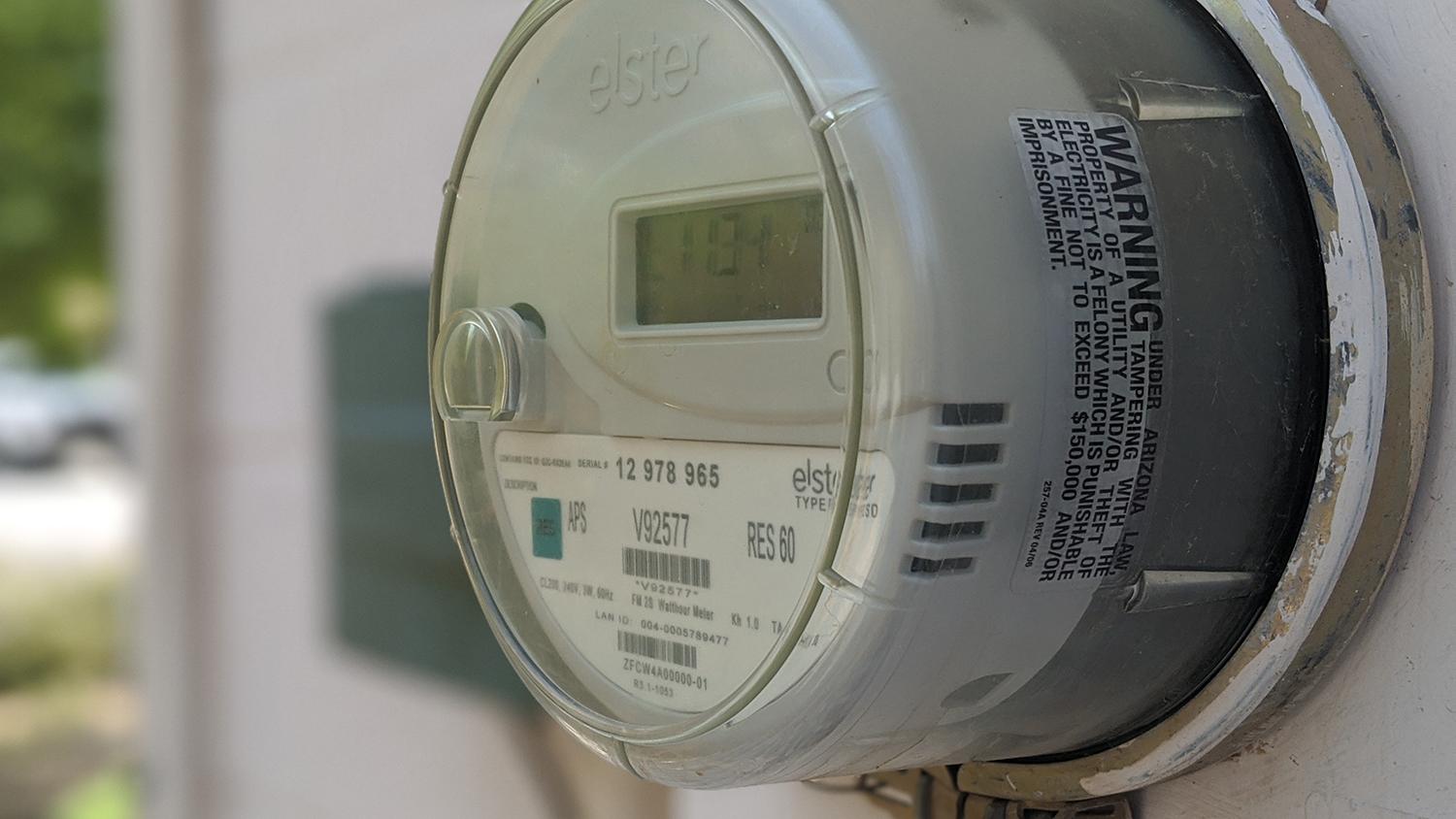 Sky Schaudt/KJZZ
An APS utility meter on a home in Phoenix.

The Arizona Corporation Commission voted last week to cut Arizona Public Service’s profits by more than $100 million. Now, APS is threatening to take legal action against its regulators in response.

PR professional and activist Stacey Champion led the charge against the utility from the consumer side, and The Show spoke with her to learn about the David vs. Goliath battle.

The Corporation Commission also voted to dramatically slash funding it had planned to provide to the Navajo Nation and other tribal communities that have been reeling in recent years from the closures of several coal plants and mines — industries they’ve relied on for jobs and revenue for decades.

Nicole Horseherder is the executive director of Tó Nizhóní Ání, or Sacred Water Speaks, which leads efforts to transition away from fossil fuel development on the Navajo Nation.

The last time The Show spoke with her about the pending payments from APS to the Navajo Nation, the proposal was supposed to provide $100 million. As of last week, that amount went down to just $10 million.

The Show spoke to learn her reaction to this new development.