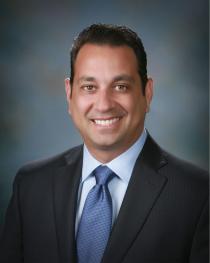 The Maricopa County Board of Supervisors has reached the final interview phase with seven candidates to replace Supervisor Steve Chucri, following his resignation from the position.

Supervisors must replace Chucri with a Republican who lives in District 2, which covers the eastern part of the county, including portions of Mesa and Scottsdale.

Chucri resigned from the board earlier this month, after recordings surfaced of him discussing potential fraud in the 2020 presidential election and insulting his colleagues on the board.

The appointee, who may be announced as early as Wednesday, will serve until voters elect someone new to the seat in November 2022.