The Navajo-Gallup Water Supply Project promises water to 250,000 people by 2040 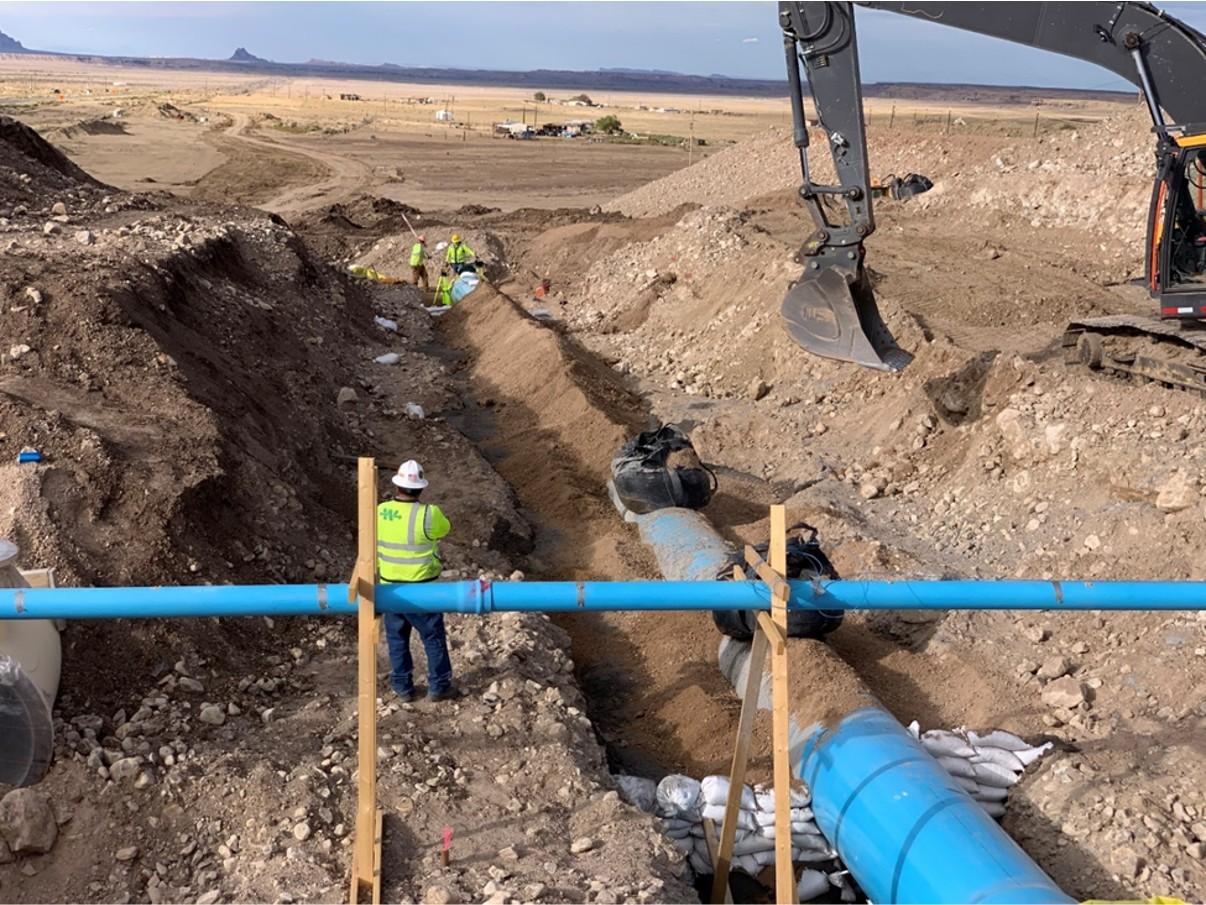 Teddy Lopez has learned that nothing is guaranteed.

“I just take it one day at a time and try to work what I can, what I can do,” Lopez said.

He was given news last August that no one wants to hear.

In the small town of Lybrook, New Mexico — around 60 miles south of Farmington — there’s not much to take his mind off the subject. So, Lopez invests his time in gardening.

But the water that comes out of his hose isn’t guaranteed, either. The Lybrook Water Association has to do routine maintenance.

But he puts his hope in a water project that might be more stable for his family.

“If the Navajo water, the Cutter Lateral, came in, then it would be a lot cheaper,” Lopez said.

Arizona residents are facing water shortages as Colorado River water declines, but for some Navajo Nation members, they’ve been living without easy access to water for years. That’s why the federal government started building a drinking water system on the reservation. The Cutter Lateral is one of two water pipelines running from two water treatment plants. It’s called the Navajo-Gallup Water Supply Project, but it’s not a new project. 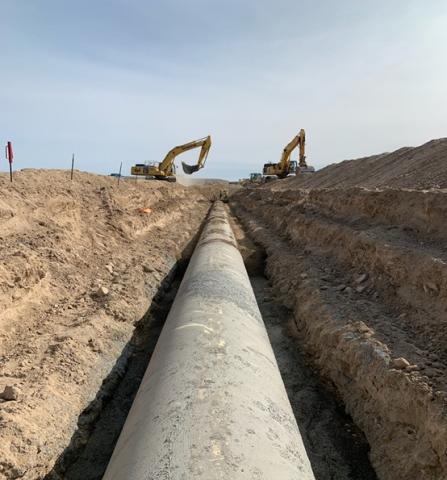 Construction Engineer Pat Page works for the U.S. Bureau Of Reclamation in the office that oversees the project’s construction. He says this discussion has lasted for more than four decades until the stars aligned in 2005.

“The Navajo Nation and the state of New Mexico signed a water rights settlement agreement, settling the claims of the Navajo Nation on the San Juan River Basin,” Page said.

The federal government didn’t enter the picture until 2009. That’s when Congress passed a law that authorized many projects, including the design and construction of the Navajo-Gallup Water Supply Project.

The U.S. Bureau Of Reclamation’s goal was to divert over 37,000 acre feet of water from the San Juan River Basin to three places: the Navajo Nation, the Jicarilla Apache Nation and the city of Gallup, New Mexico. By 2040, the project plans to serve 250,000 people, covering an area the size of New Jersey.

The project is well into construction, and Page says they hope to get water to people like Lopez soon.

“Two hundred fifty miles out of the 300 miles of pipe are either in the ground or under construction,” Page said. “But we still do have some big items left to construct, which puts us about 50% completed.”

Residents living in these areas struggle to get water. The Indian Health Service estimated in 2020 that over 9,600 homes on the Navajo Nation did not have access to water.

Jason John is director of water resources for the Navajo Nation. He shared that this lack of water can be life-altering.

“Your life is totally different,” John said. “How you spend your free time, how you ration the water, how you cook and how you clean — it's a different lifestyle.”

Ninety percent of residents that do receive water in the Navajo Nation rely on groundwater, which can’t be replenished as quickly as surface water.

That’s exactly what the project is trying to fix.

“We're essentially replacing that groundwater supply with the treated surface water supply,” Page said, “which makes it more reliable, more sustainable and then probably in many cases, definitely improved quality.”

The project has already seen some success despite the ongoing pandemic. One part of the project is already completed.

“We were able to complete the construction on the Cutter Lateral,” Page said. “October of 2020, we began the initial water deliveries to communities.”

The Cutter Lateral stretches water pipelines from Blanco to Pueblo Pintado in New Mexico. It was fully operational this July and continues to bring water to eight Navajo communities.

It also goes through Lybrook, where Lopez lives. But he is still having trouble receiving water.

“There's a rancher that lives between the water line,” Lopez said, “and we have to go around his place.”

Lopez isn’t the only one experiencing problems. The other pipeline — the San Juan Lateral — is still under construction. The Public Law states that the Navajo Nation project areas in Arizona have access to 6,411 acre feet of water — but there’s a catch right underneath it.

“We could not deliver any water into Arizona through the project until the Navajo Nation as a whole resolves its water rights claims in Arizona,” John said.

Until then, Arizona residents on the San Juan Lateral can’t receive water from the project, even if the pipes are in place.

John says their water should be a basic human right.

“That is the language that's in there,” John said. “We can't give any water through the project to residents in Arizona. And you would think that that type of language wouldn't occur in the United States, but it does.”

John says they are not going to settle. That stalemate, along with other financial needs for the project, are some of the reasons why the completion date moved from 2024 to 2029.

Page still believes the project will make an impact.

“It doesn't just meet the immediate need, but it also is going to meet the needs and really change the lives of generations to come,” Page said.

Lopez says he’s looking forward to that change. It would add to the good news he received in February.

“They called me in, and I went in, and then he asked me, ‘What've you been eating, Ted?'” Lopez said. “And I said, ‘Well, one stew and five bread.' He said, ‘Go ahead. Be my guest. Eat a lot more of that because you don't have cancer anymore.'”

But just like the water project, it’s not guaranteed.

“He said, there's a catch there — it might come back,” Lopez said. “So we're going to have to take a blood draw every month.”

So Lopez remains patient, remembering he can only take his days — and his water — one step at a time.