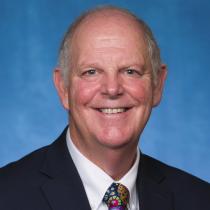 Government funding for coronavirus relief has helped Americans keep their economic footing during the pandemic.

But CARES Act money was delayed for tribal communities; they did not receive any of it until May 2020.

Many of those communities, such as the Navajo Nation, were hit hard by the virus.

The deadline for spending the funds would have expired without congressional action.

“All of America participated in that. But on the tribes they gave a definitive date in which that money had to be spent, so we’ve been working on extending the time frame,” O'Halleran said.

The new guidelines will allow the tribes to spend the money through September.

O’Halleran said during congressional testimony that the coronavirus has shown how indigenous people are frequently left behind.

"This public health crisis continues to shine a brighter light on the hurdles that many tribal families face every day, not just during a global pandemic,” he said.