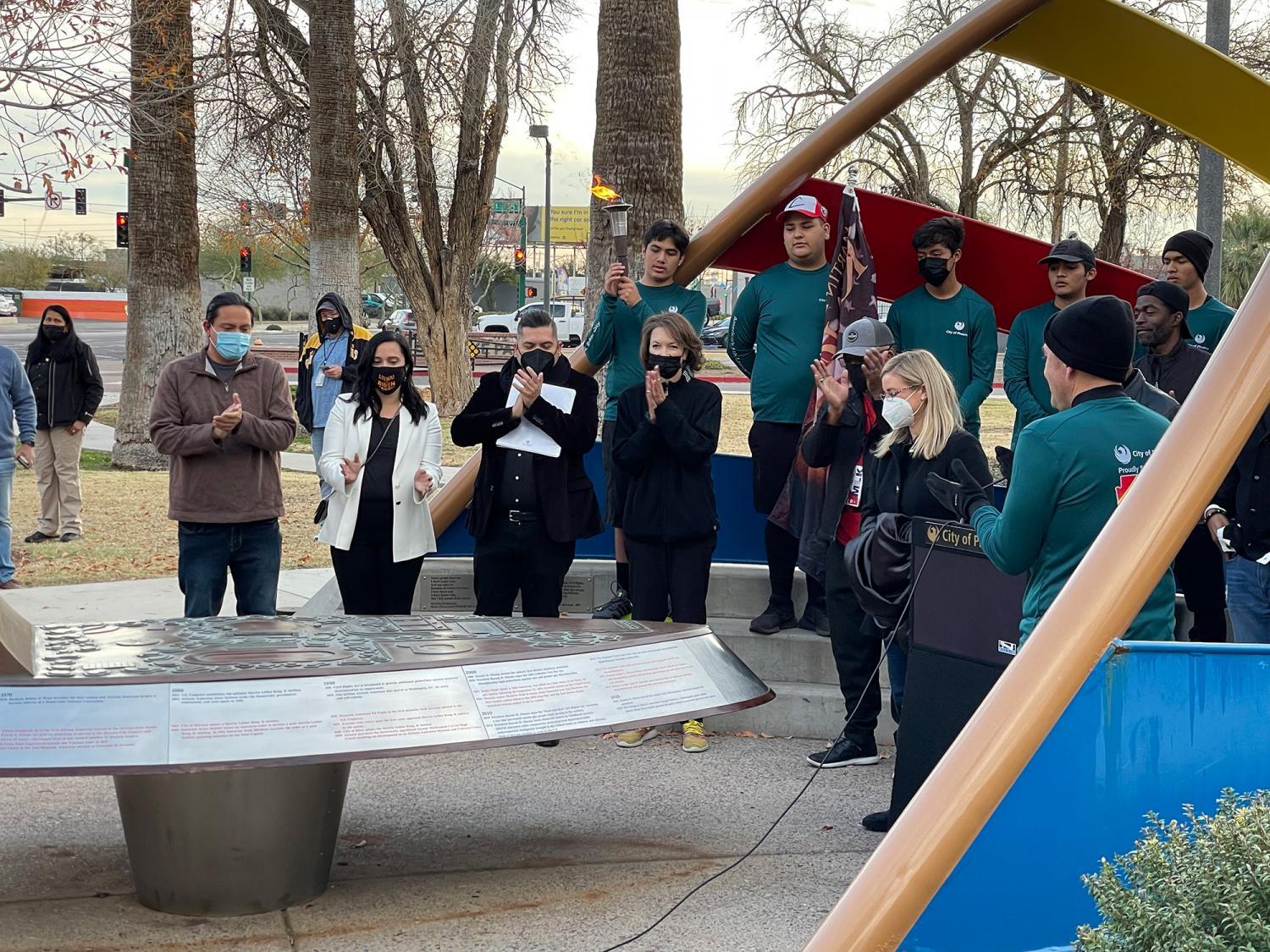 City of Phoenix
Phoenix city leaders and residents gather at Eastlake Park on January 17, 2022 to commemorate the 25th anniversary of the Civil Rights Memorial.

On a day designated to honor Martin Luther King Jr.’s legacy, the city of Phoenix added history to a civil rights memorial.

In 1997, the Civil Rights Memorial at Eastlake Park was created as a public art project to reflect a decade-by-decade history of the civil rights movement in the United States and Arizona. The artists, Ronn Turner and Shannon Owen, left space on the timeline for the years 2000 through 2020.

On Monday, city leaders and residents gathered at 16th and Jefferson streets celebrated the memorial’s 25th anniversary with the addition of key events covering the past two decades. A task force collected public feedback and shared suggestions with Mayor Kate Gallego and City Council members. 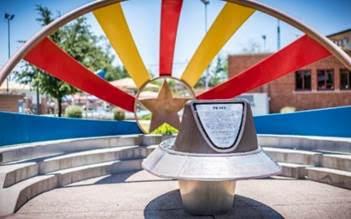 City of Phoenix
The Civil Rights Memorial titled "Peace" at Eastlake Park in Phoenix in January 2022.

The memorial now includes the 2001 killing of  Balbir Singh Sodhi, a Sikh-American shot at his Mesa gas station following the Sept. 11 terrorist attacks, the 2015 U.S. Supreme Court ruling legalizing same-sex marriage and the 2020 murder of George Floyd by a Minneapolis officer that led to protests for police reform in Arizona and across the country.

When it was unveiled, the memorial — titled “Peace” — included the 1921 alien land act, which denied "Japanese aliens" the right to own land in Arizona; the 1954 U.S. Supreme Court decision to abolish segregation in schools; and the 1991 election of Ed Pastor, marking the first minority from Arizona elected to the U.S. Congress.

The etchings on the stainless-steel panels are part of a bronze tabletop that depicts the layout of Eastlake Park in the 1880s. The memorial is made up of a small concrete amphitheater covered by an arched steel canopy that was modeled after the Arizona state flag.