A Phoenix smash room helps people get out their anger and stress. For the owners, it's personal

Inside a north Phoenix storefront in a nondescript strip mall, next to pizza parlor, is the Breakthrough Smash Room.

And when you enter, make sure your ears and your nerves are prepared for the banging, clanging and shattering that is going on all around you.

The facility is one of a few smash, or “rage,” rooms that have popped up in Arizona in recent years. Vincent Serpico and his wife, Melissa, are its new owners.

There are also pianos, TVs, printers, VCRs, washers, dryers — all for the smashing. “And the idea is yes, you do want to get out these emotions you are dealing with, whether it be rage, anxiety, worry, stress,” said Serpico. “It’s a great way to transmute all of that physically and mentally and just let it wash away.” 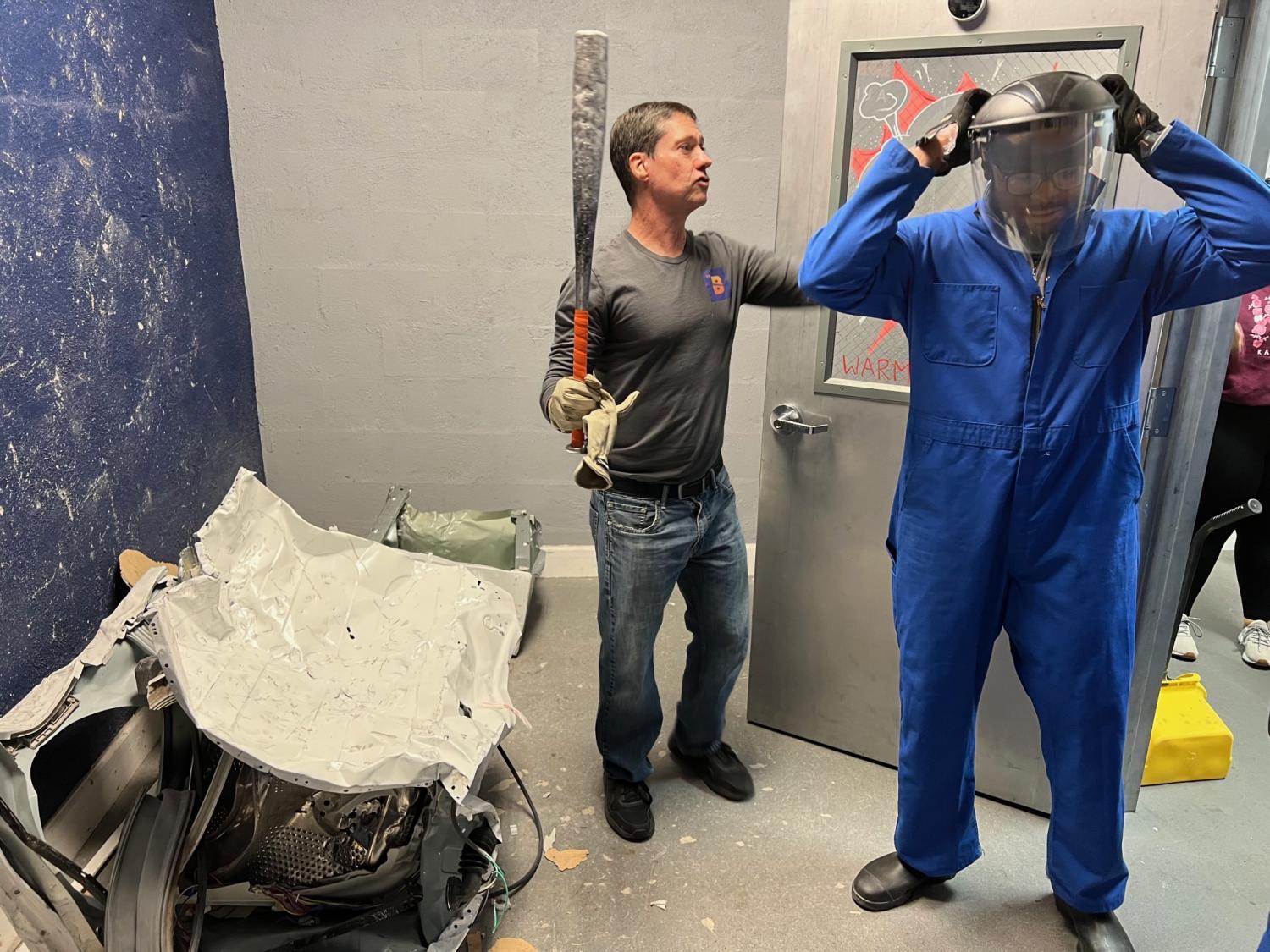 On this day, a group of social workers and therapists are trying this unique form of treatment for themselves. Serpico gives them the rules. Participants are then suited up in protective gear from head to toe, and, soon after, the smashing officially begins — sending glass shards, computer keyboards and confetti in every different direction.

After emerging from the smash room, they all seem satisfied.

“Way more fun than I expected. Harder than I thought. Also used a lot of muscles that I haven’t used before,” one says. Another calls it super cathartic. “You walk out and you’re almost in a trance, like you just released so much unknown energy. It’s really fun.”

But would they recommend it for the patients they work with? “I think I would recommend it to anyone who just wants to do something different. It definitely puts you in a different mindset, (it) changes your body a bit.”

The inspiration for the smash room came from a life-changing event.

“The idea started out of a very near tragedy. In February of 2021, my daughter was in the ICU for three days following a near-suicide,” said Serpico.

For her recovery, a therapist recommended other treatments besides drugs, and she took up smashing. It worked so well that the family decided to open the business last fall to help others. 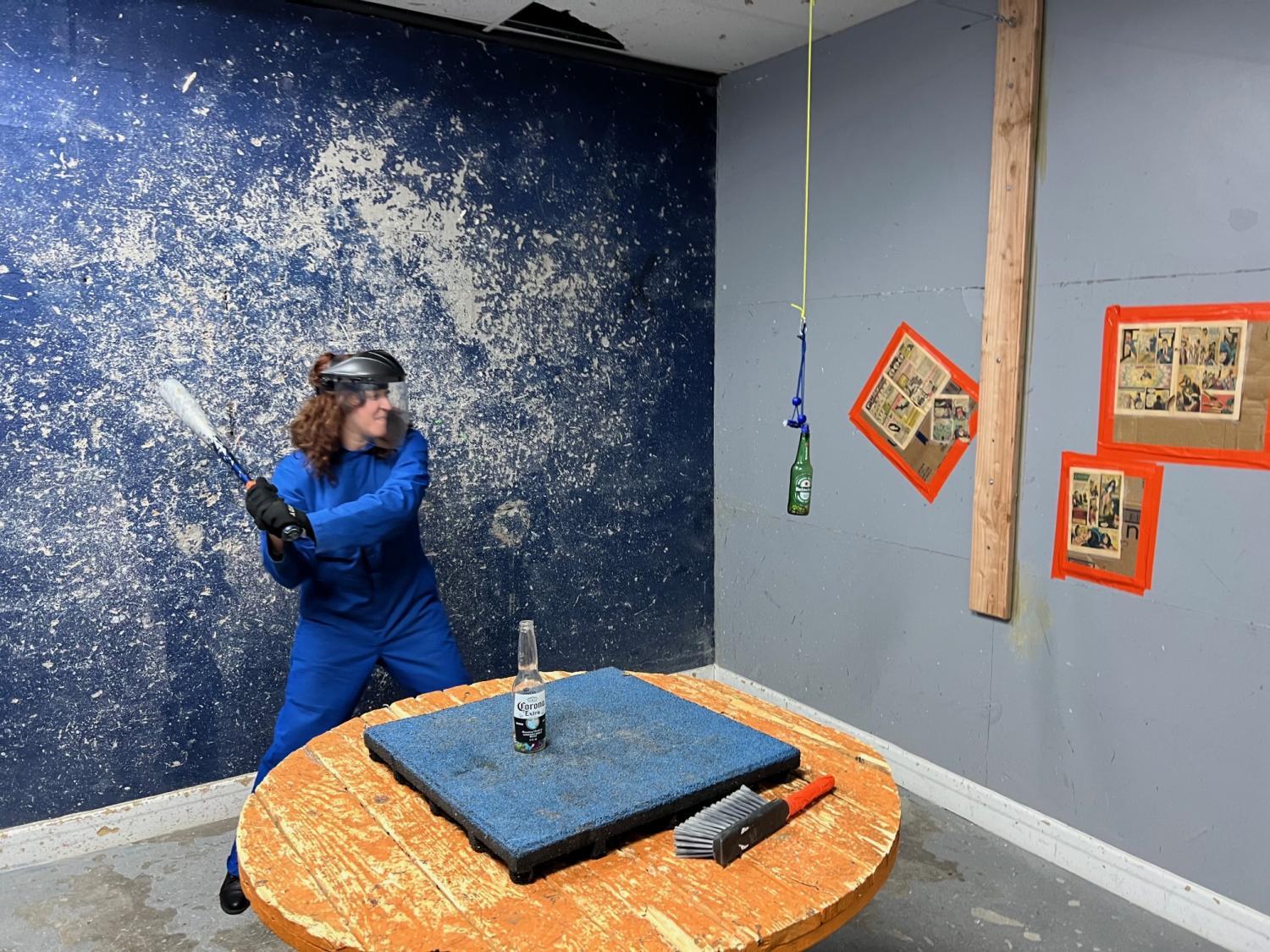 Phil Latzman/KJZZ
A participate takes a whack in the Breakthrough Smash Room.

Melissa Serpico found out quickly that they’re far from alone.

“I hear the stories a lot just when I share and then someone else says ‘yeah, my daughter is going through the same thing, too. I’m surprised at how many people are suffering with the same kinds of things, and I didn’t know," Melissa Serpico said.

Stefanny Balestracci is a licensed therapist who has been working with the Serpicos and their smash room.

“I think it’s super beneficial. I’m really proud of their family to be able to embrace that, instead of just ‘let’s go to the mall.' This is something so unique," Balestracci said.

“Everyone that comes in gets a set of safety rules, they go through orientation, and they understand the limits and parameters that they have,” Balestracci said. “And then we always also offer them an opportunity to talk to a licensed therapist if it gets to that point where it’s beyond just letting go and smashing some items.” 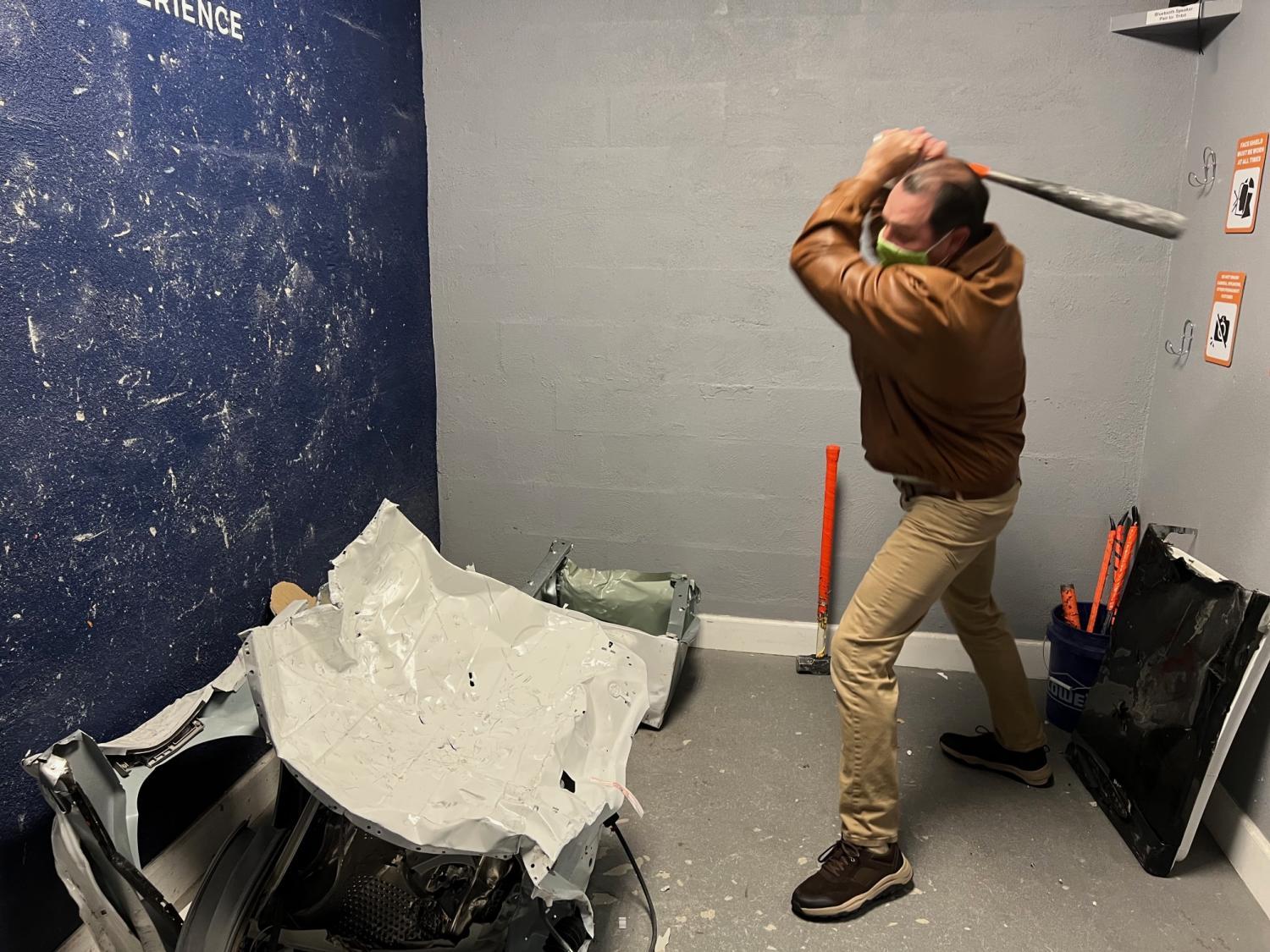 Balestracci says loneliness and isolation during the pandemic have only made things more difficult for her patients. The Serpicos say their daughter is doing better, but there are still struggles that smash therapy alone can’t solve.

“I’ll tell you what keeps me going. When I see people coming out of the smash room, I feel like I can tackle the world, I feel so much better about myself, I feel my stress has washed away,” said Vincent Serpico. “It’s the most rewarding thing I’ve ever done.” 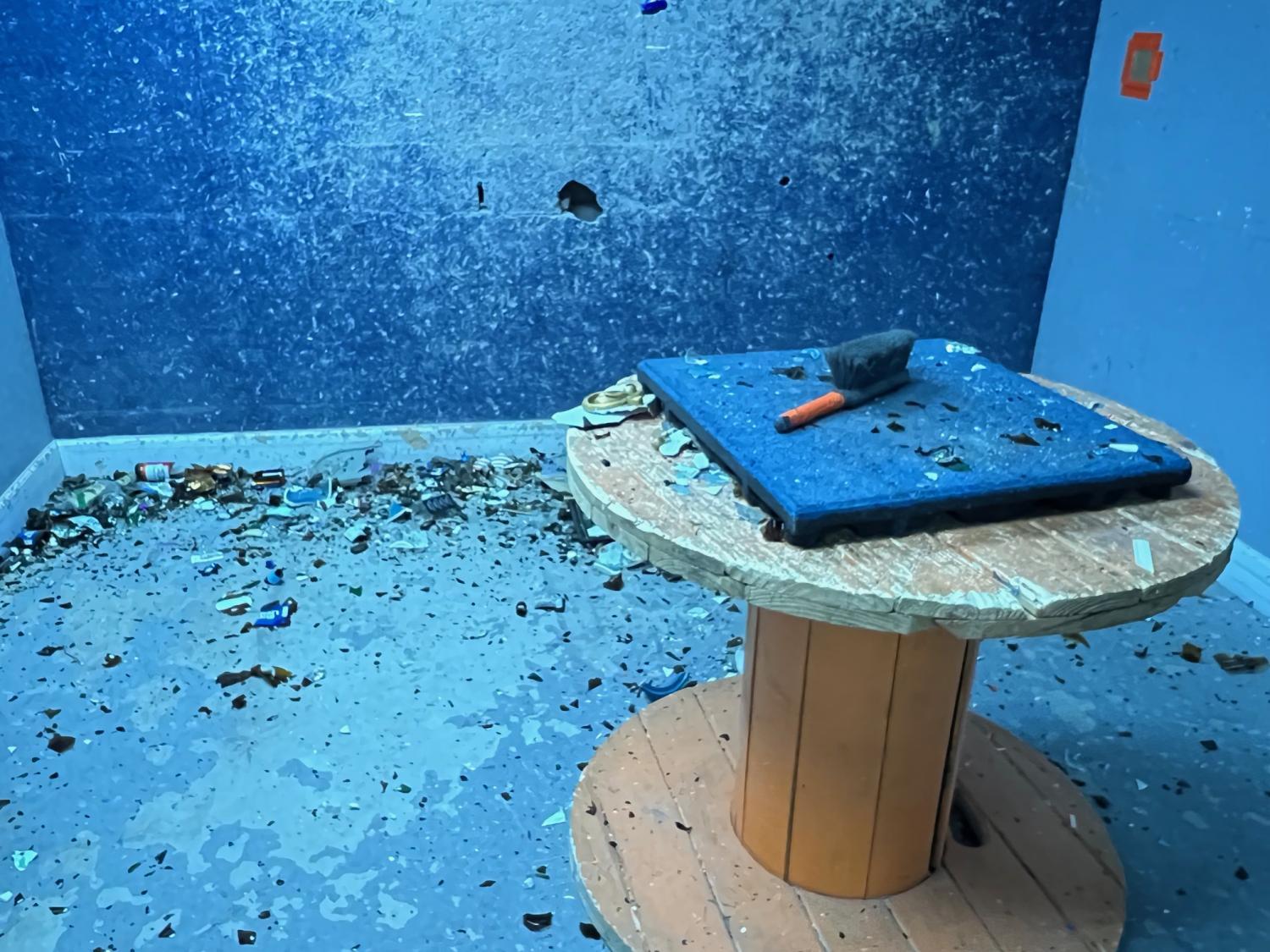