Tweet
Christina Estes/KJZZ
Trash and belongings left behind as city crews prepared to clean on Feb. 5, 2020.

Phoenix is responding to citizen petitions calling for action around the Human Services Campus, which includes the state’s largest homeless shelter. The petitions focused on people living in tents outside the campus located at 12th Avenue and Madison Street.

For months, advocates have been asking the city to install public restrooms. The Human Services Campus recently extended hours at its welcome center restrooms to 24/7, but petitioner Elizabeth Venable told a city subcommittee more are needed.

“I appreciate the fact that they’ve opened up but it’s just not sufficient for hundreds of people — the wait,” she said.

Phoenix plans to install a portable structure on the Human Services Campus that will add a hundred beds and potentially more restrooms.

Deputy City Manager Gina Montes said the city is working with the Campus on access and timing, “So I don’t have an exact date at this point, but construction of the Sprung structure itself is on track for completion in February, and access to those restrooms and perhaps additional restrooms in that section is what we’re working on for  the future.”

The temporary structure was originally expected to be in place by last summer but a city spokesperson told KJZZ News, “It couldn’t be constructed in time for the summer months so, in the meantime, the city provided the Human Services Campus with a shade structure through November 2021.”

Despite public pleas to stop, Phoenix will continue in-depth street cleanings around the Human Services Campus. Three times a week, Phoenix asks hundreds of people living in tents near the campus to pack their belongings and move.

“For those who are encamped in the area, they’re more likely to be there with their belongings, and that we can provide notification to them and the other reason is related to access to the area for businesses,” she said.

Based on community feedback, Montes said the city started using homeless outreach teams, rather than police, to notify people. And they’re considering posting signs with days and times of the cleanings.

As a result of another petition and community input, Phoenix plans to add smaller trash bins to reduce the distance between dumpsters. 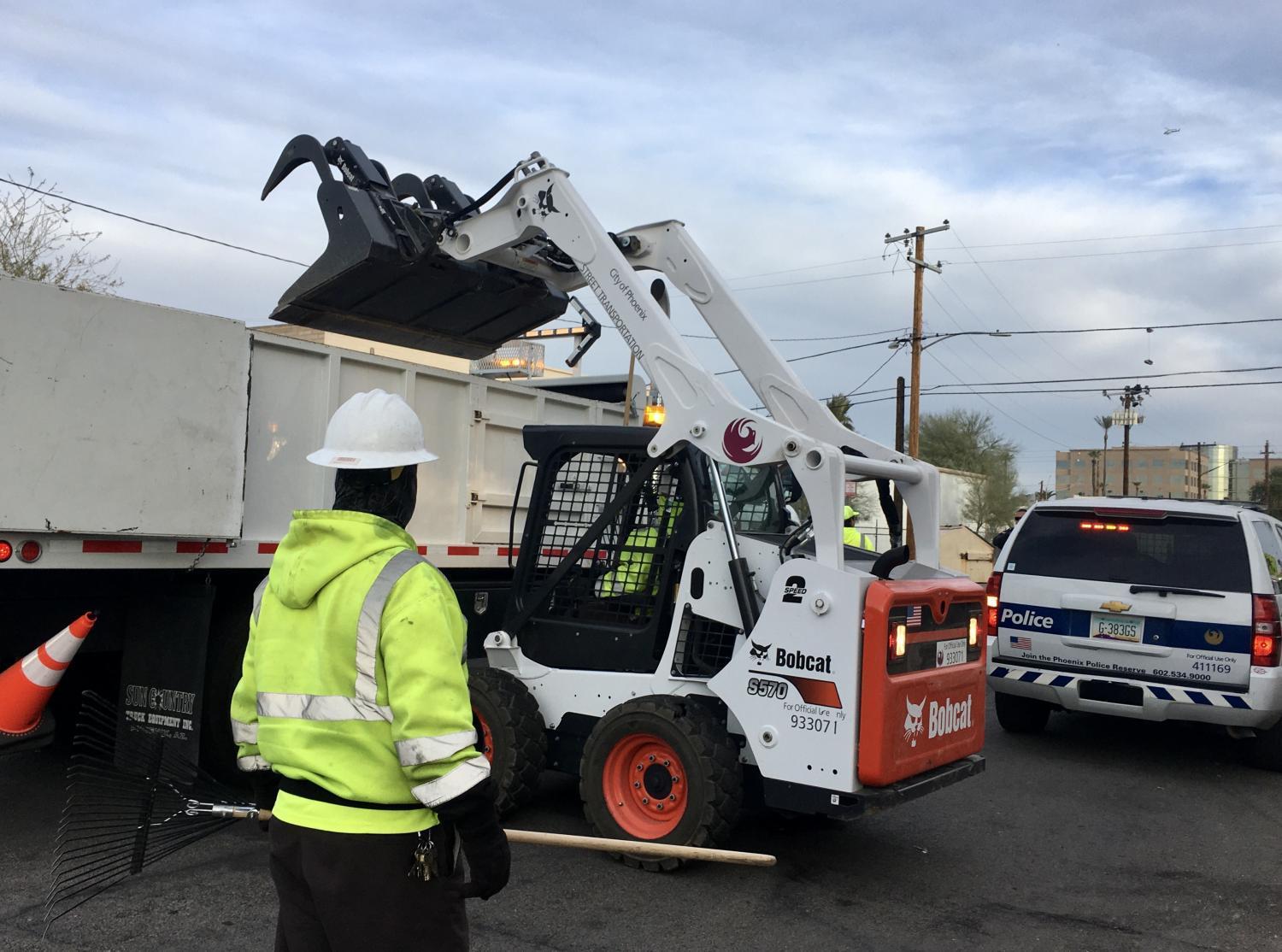 Christina Estes/KJZZ
Trash being dumped from encampments near the Human Services Campus on Feb. 5, 2020.