Comedian Bassem Youssef on the importance of humor during the pandemic 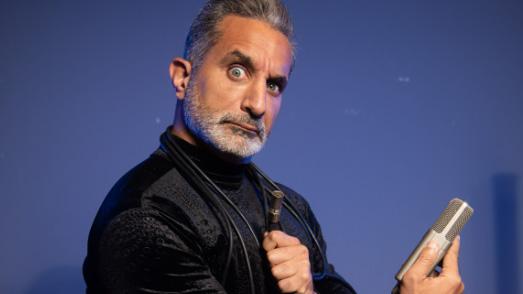 The pandemic has forced many comedians to change how they approach their craft — both because audiences are less directly accessible, and because it’s harder to do certain kinds of jokes or storytelling in a deeply divided political period dominated by a virus.

Bassem Youssef is not your typical comedian, though.

For a time in his home country of Egypt, he was compared to Jon Stewart, former host of "The Daily Show." That is, until his satire focused on that nation’s leaders, who didn’t like that brand of humor. So before he was jailed, he left Egypt and came to the United States.

Youssef will be performing at Gammage in Tempe on Jan. 22.  Before that, The Show spoke with with him about whether it has been more difficult to be funny during the pandemic.