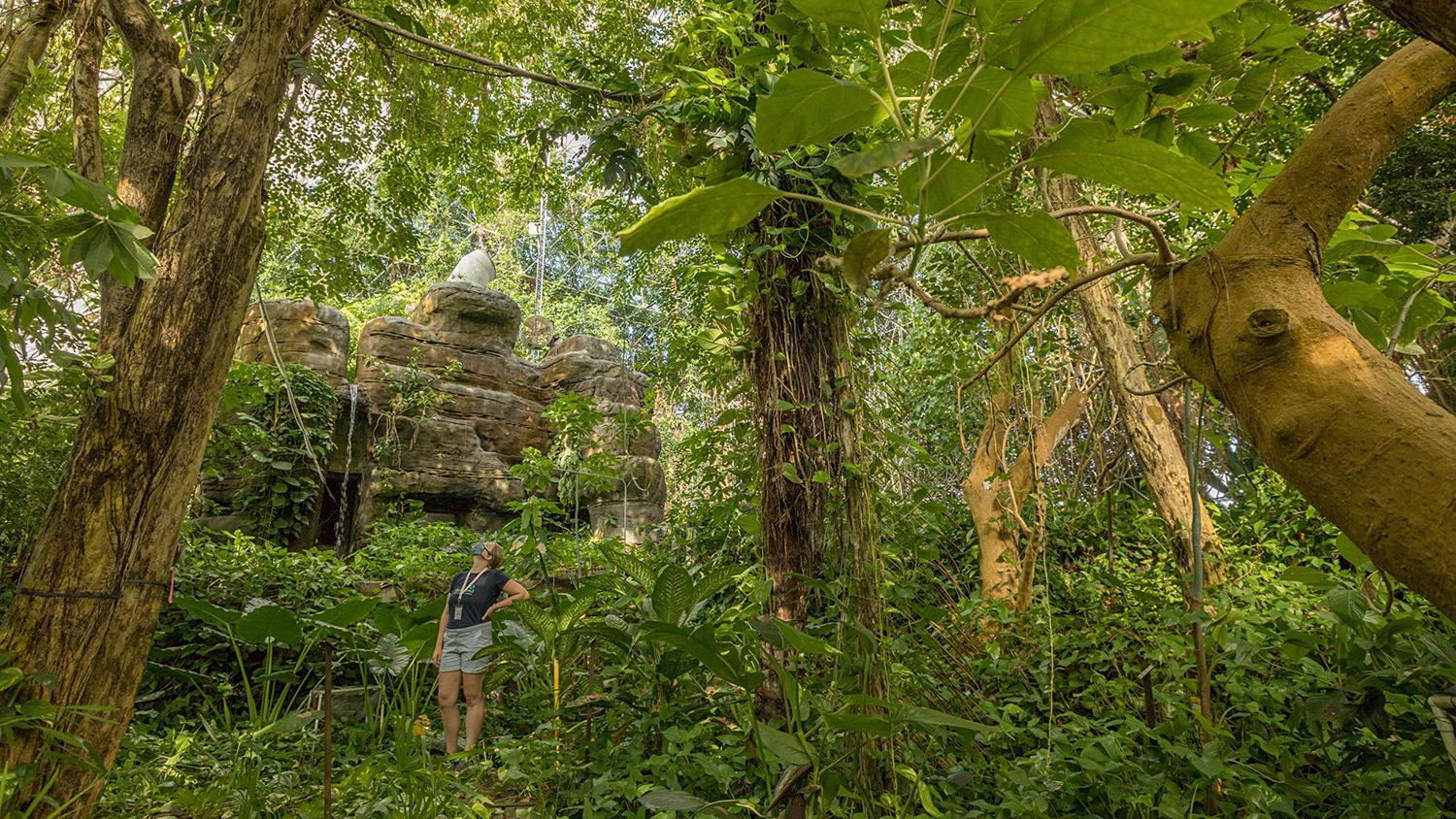 Chris Richards/University of Arizona
Ecologists studying the tropical rainforest biome in Biosphere 2 near Tucson say it's very similar to being in natural rainforests, which absorb carbon dioxide and release oxygen on a grand scale.

An experiment at an indoor rain forest in southern Arizona may offer some clues about how ecosystems handle drought.

Scientists turned off the sprinklers for two months at Biosphere 2 near Tucson to see how the trees and plants would handle the lack of “rain,” both during the intentional drought and afterwards.

Laura Meredith is the former director of rainforest research at Biosphere 2 and an assistant professor in the School of Natural Resources and the Environment at the University of Arizona.

The Show spoke with her to learn about the experiment and its findings.