For legal experts and activists, an unexpected win for Indigenous religious freedoms 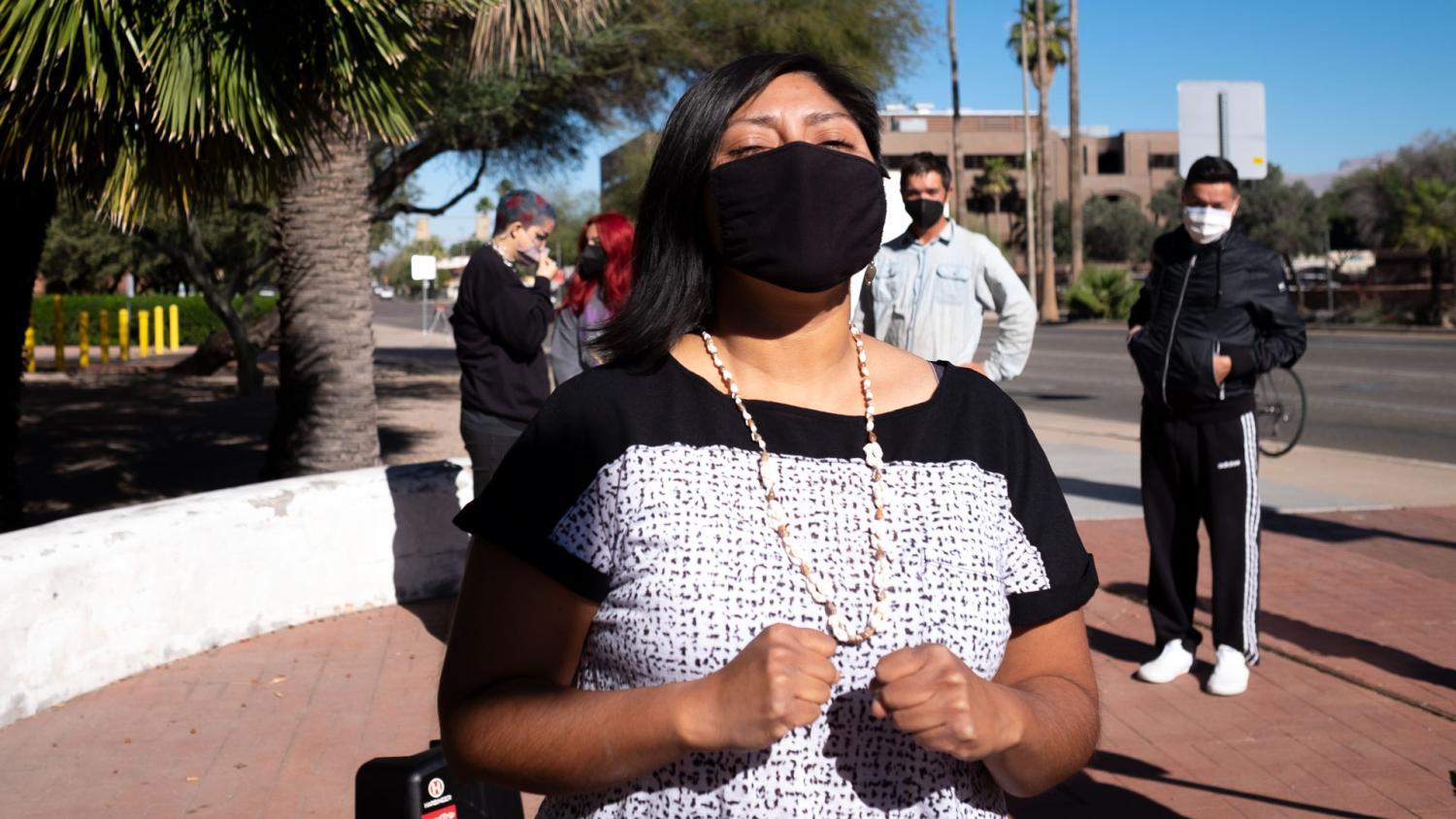 Alisa Reznick/KJZZ
Amber Ortega celebrates her acquittal at a press conference in downtown Tucson on Jan. 21, 2022.

Amber Ortega was facing federal misdemeanor charges for entering and refusing to leave a closed area where workers were building former President Donald Trump’s wall along the U.S.-Mexico border in Organ Pipe Cactus National Monument in 2020.

Sixteen months and two hearings after that day, she was found not guilty at the federal courthouse in Tucson. It was hailed as an unexpected win for Native American religious freedoms. Supporters like Tohono O’odham traditional healer Mary Garcia were in tears.

Like Garcia, Ortega is a member of the Tohono O’odham Nation and is also Hia C-ed O’odham, a related tribe that isn't recognized by the federal government. In court, she testified she was spiritually called to the construction line to protect Quitobaquito Springs, a sacred site in Organ Pipe and historic Hia C-ed O'odham homestead where her relatives are buried. 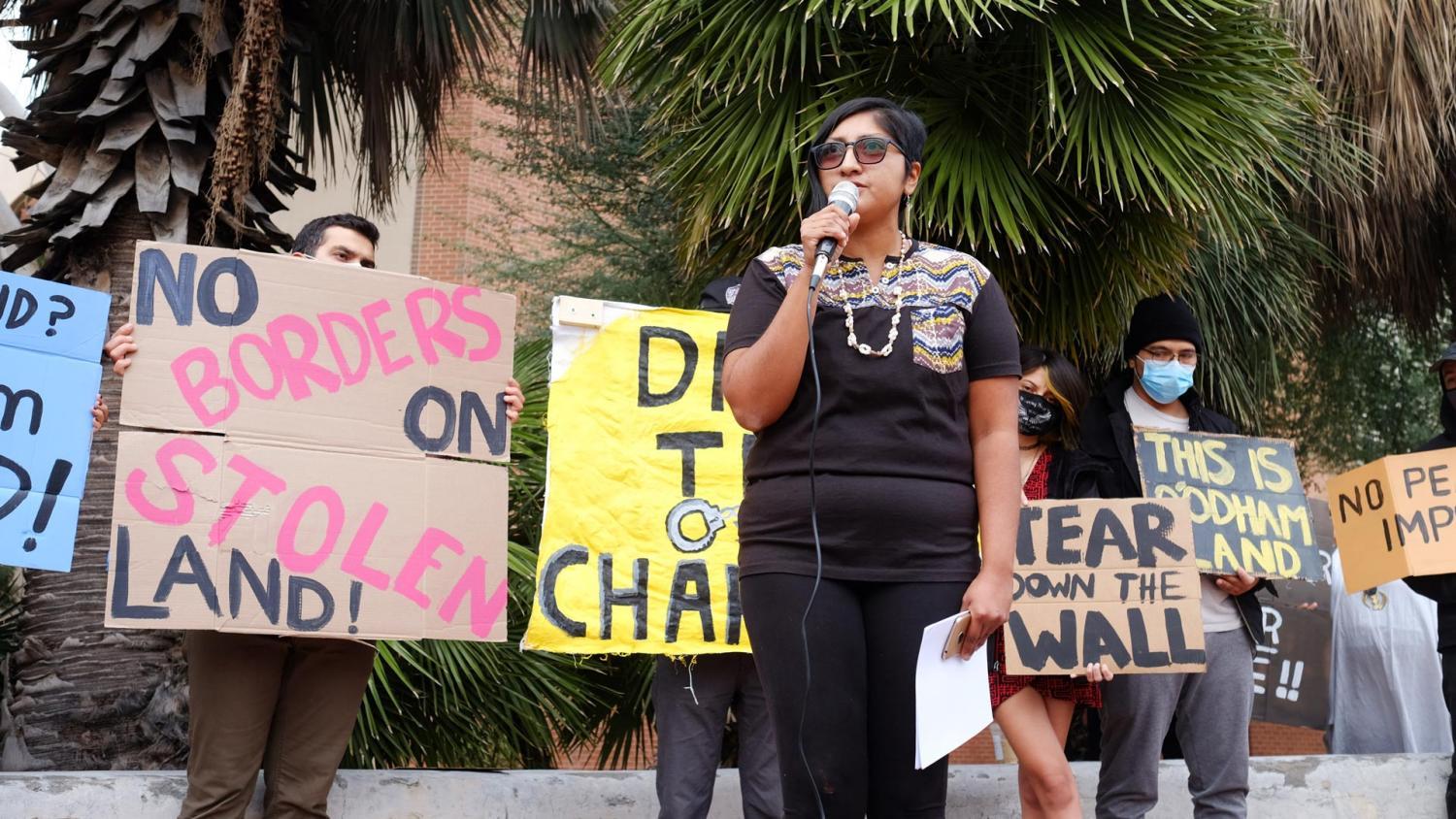 Federal Magistrate Judge Leslie Bowman ruled that in prosecuting her, the government had violated her ability to practice her faith. For Garcia, it was a recognition of a longer battle.

Ortega’s defense hinged on the Religious Freedom Restoration Act, or RFRA, a 1993 federal statute that allows people to challenge laws that violate their religion. Paul Bender, a law professor and dean emeritus for Arizona State University's Sandra Day O'Connor College of Law, says it requires the government to prove that enforcing that law is still necessary.

"RFRA’s intention was to say 'hey, even though you have a rule that you’re applying generally, you can’t use that in a way that burdens somebody’s freedom of religion, unless you have a really good excuse for doing that,'" he said.

But over the years, it’s also helped the retail chain Hobby Lobby successfully avoid paying for contraceptives for its female employees as mandated by the Affordable Care Act. Earlier this month, it came up again, when a group of Navy SEALS argued the Biden administration’s vaccine mandate violated their religious freedom. 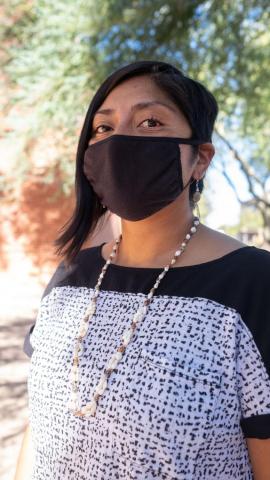 Alisa Reznick/KJZZ
Amber Ortega stands for a portrait after her acquittal.

"I think it’s very significant that this law that was created and has been used by the conservative right is protecting progressive activists, too," she said.

A few years ago, Knight successfully used RFRA to defend a group of humanitarian aid volunteers facing charges for leaving food and water out for migrants crossing the Arizona borderland.

"We’re getting some religious freedom protection for acts that people are taking as an exercise of religion, not just for prayer or particular ritual," she said.

But Robert Miller, a tribal and federal jurisdiction law  professor at ASU who is a member of the Eastern Shawnee Tribe of Oklahoma, says cases involving Indigenous religious freedom faced hurdles even before RFRA existed, because of a ruling called the Lyng decision.

"So the Lyng case is seen as really bad news for tribal, religious practices," he said.

It was a landmark case where a group of tribes tried to prevent the government from building a road through a Chimney Rock, a portion of the Six Rivers National Forest where Yurok, Karuk and Tolowa tribes held ceremonies.

The Supreme Court ruled in the government’s favor, arguing one group’s religion could not interfere with a government activity.

"That’s the problem, when we don’t own the lands anymore, I mean, when it’s federal land, it’s hard to protect religious practices and sacred sites," Miller said.

Miller says that same idea became the benchmark in other cases, like the Navajo Nation’s fight against snowmaking on the San Francisco Peaks in Flagstaff.

Both decisions were also brought up by the prosecutors in Ortega’s case, who argued the government has the right to do whatever it wants on the land it owns. But Judge Bowman ruled that the government substantially burdened Ortega’s freedom of religion and did not have a compelling reason to do so.

"Both for her and for Indian Country and for Indian religious practices," he said. "The question will be if any court in the future adopts similar types of analysis."

In a statement issued after the verdict, U.S. Attorney Gary Restaino said his office respects the decision of the court, appreciates the efforts of law enforcement in the park and would continue to look for solutions to promote "peaceful, safe and lawful" protest activity.