Study: Hermosillo residents were hit hard during the pandemic, but feel optimistic 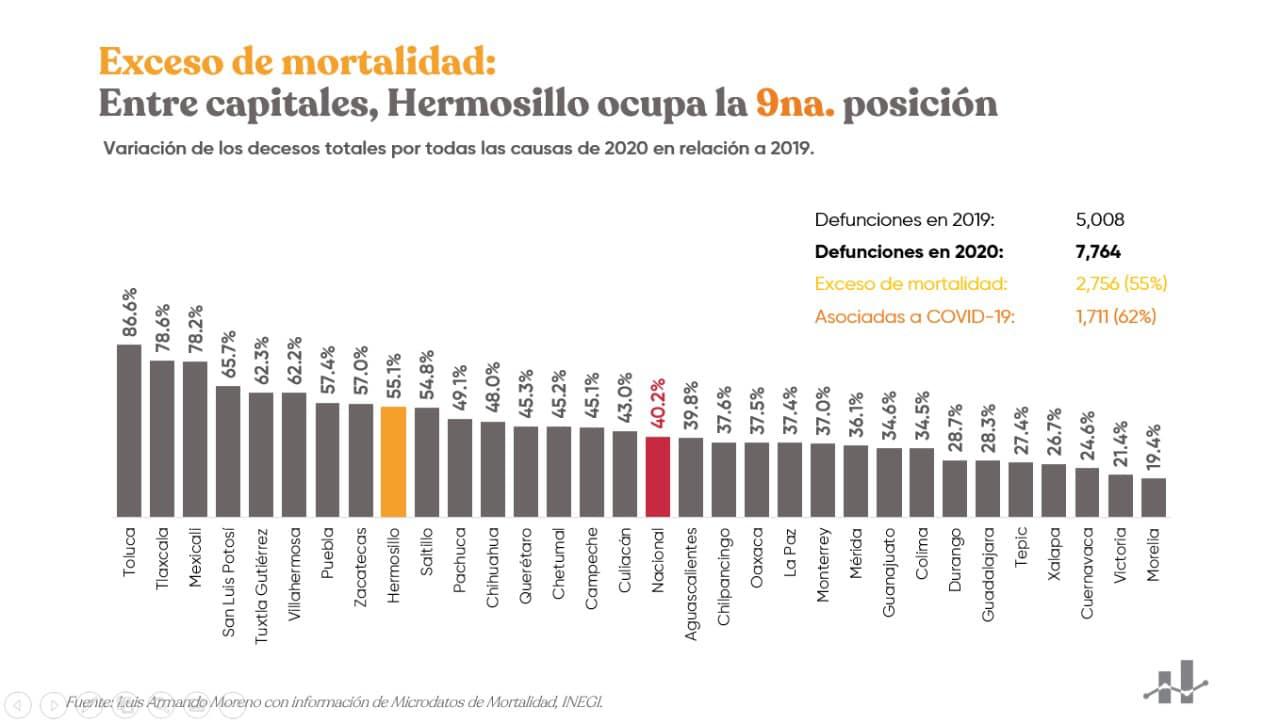 Hermosillo, the capital of neighboring Sonora, was hit hard by the pandemic. But a new survey shows that city residents are starting to feel more optimistic about the future.

Hermosillo is among the top 10 capital cities in Mexico with the highest excess mortality rates during the pandemic — with 55% more deaths in 2020 than the previous year. And at least 40% of families say their incomes have dropped off during the pandemic, with many bringing in only about half of what they earned before.

Still, despite those hardships, 75% of Hermosillo residents said they were feeling positive about the current situation, according to a December 2021 survey by Hermosillo ¿Cómo Vamos?, which conducted interviews with about 1,600 people throughout the city.

"That indicates that Hermosillo is recovering from the impacts of COVID-19. Nevertheless, we are still dealing with important consequences," said Ernesto Urbina Miranda, director of the non-profit, which conducts studies to help guide public policy and decision-making in the city.

Urbina said Hermosillo has improved economically, socially and in terms of health, particularly since vaccines started rolling out last spring. But he believes officials need to take note of data that shows the public lacks confidence in government information, and take efforts to increase transparency and outreach to the public.

Still, while four in 10 respondents said they were worried about dying from COVID-19, only about half of people who reported having had symptoms of the virus said they got tested for the virus.