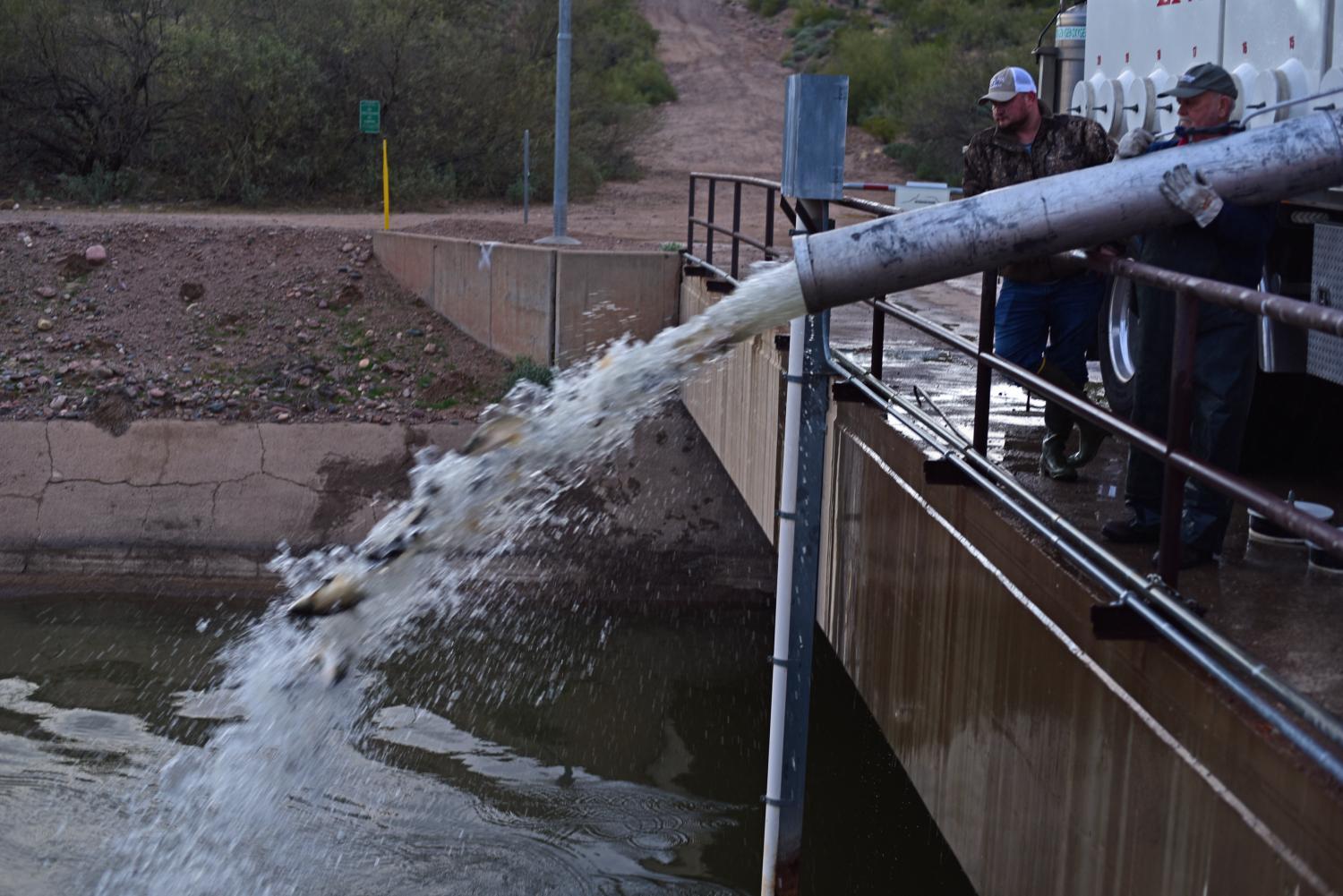 Salt River Project is finishing up its annual canal cleanup.

That means the utility has just recruited a fresh class of its smallest employees to help with the process.

SRP’s canals deliver water to much of the Phoenix metropolitan area, but they can get clogged with sediment, trash and weeds.

The utility once used chemicals to keep them weed free. Today, it uses white amurs.

The fish are raised in Arkansas, trucked to Arizona, and dropped into the water.

“If we don’t do something with the aquatic vegetation, then it can grow to fill up the canal, slowing the water velocity and also displacing water, reducing the capacity of the canal and not being able to get enough water to our customers,” said Brian Moorhead of SRP.

Because they are a non-native species, only sterilized fish are allowed into the canals.