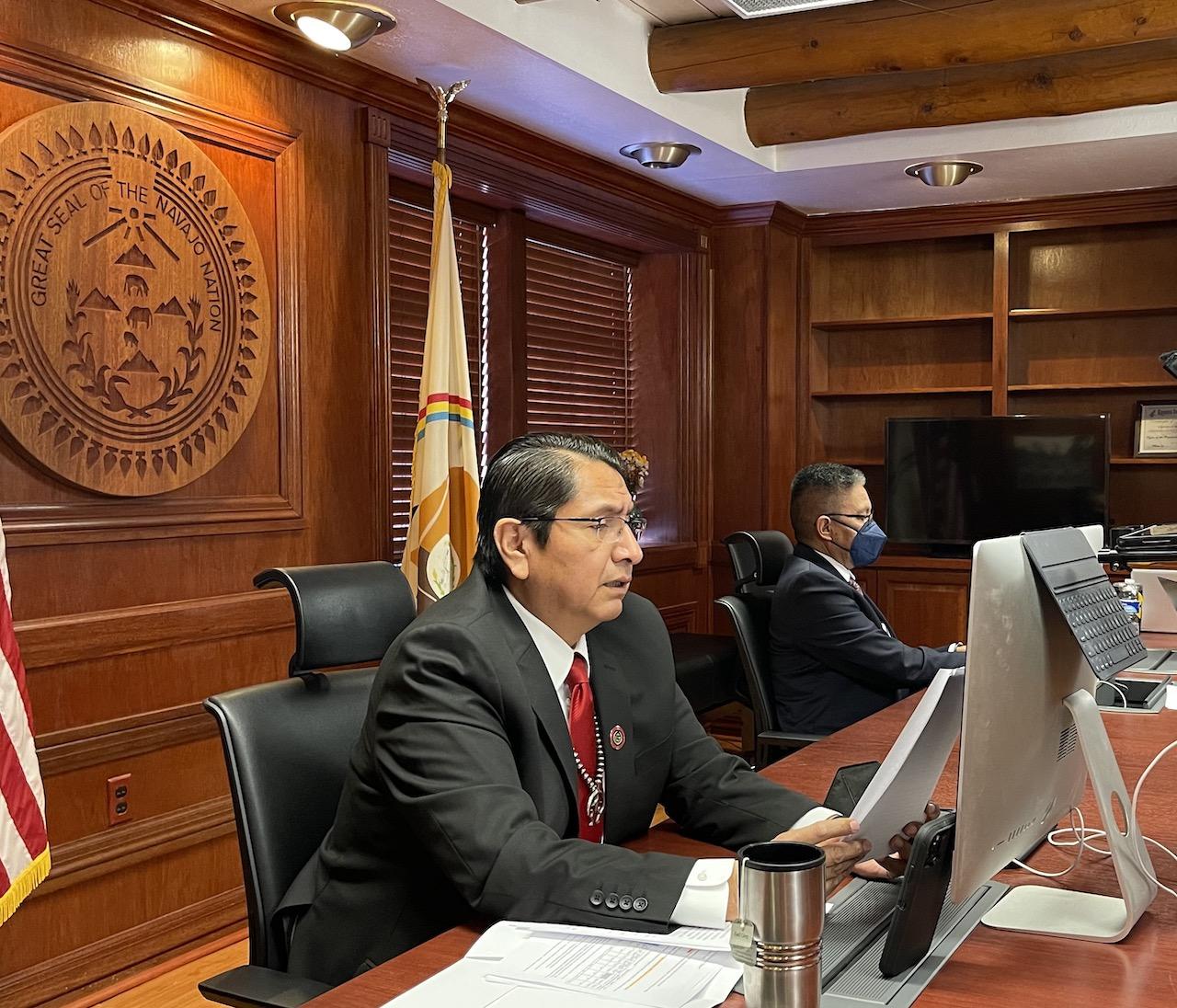 Nez has been pushing to get nearly $1 billion of the Nation’s remaining funds spent, but a lack of communication between the executive and legislative branches has led to a stall in spending talks.

The Nation has spent over $1 billion from the American Rescue Plan Act, used largely for Hardship Assistance, but half of the funds still remain.

While Nez believes the funding should be used for Nation-wide infrastructure, some Navajo Nation Council members say the money should be divided evenly between the 24 delegate districts.

Nez’s bill was tabled in January, with the intent to make changes in a work session and return to the committee in 60 days. A month later, the Navajo Times reports that a work session hasn’t yet taken place.

Nez says his goal is to push the bill through quickly so that construction on improvements can begin as soon as possible.