A young wolf traveled hundreds of miles to build a life in Arizona. Then someone shot him dead 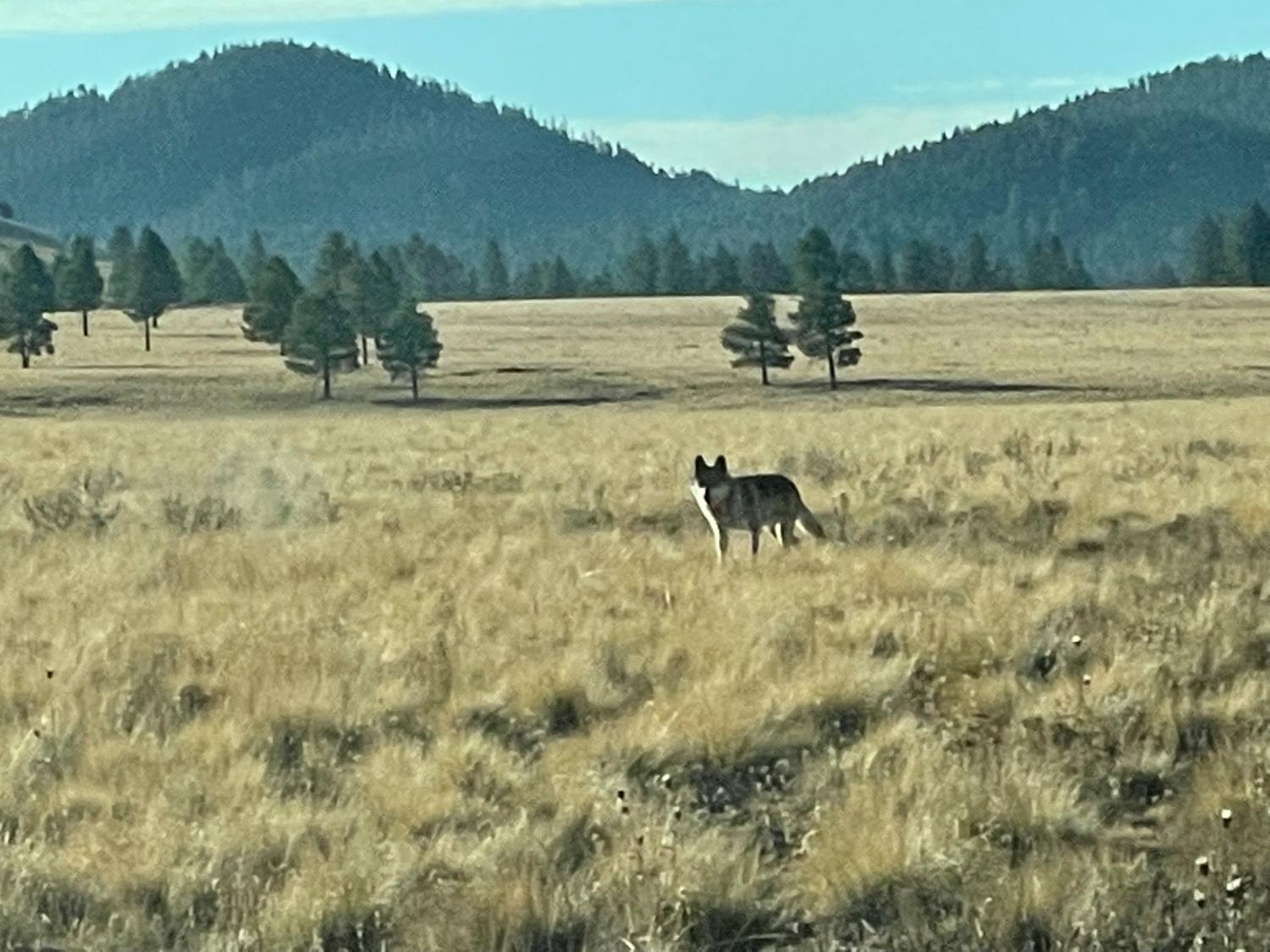 Keith Hayes/Grand Canyon Wolf Recovery Project
Anubis was photographed in the forest west of Flagstaff in 2021.

M2520 was the technical name for Anubis, a sleek almost 2-year-old who struck out on his own all the way from the Gila wilderness to the Kaibab National Forest in northern Arizona when he was barely 1. By expert accounts, Anubis, if he can be described in human terms, wanted more than what his young wolf life had to offer in New Mexico.

"He obviously felt that instinct to disperse, to set up his own mate and set up his own territory," said Emily Renn, executive director of the Grand Canyon Wolf Recovery Project.

As part of the Dark Canyon Pack in the Gila National Forest, Anubis could have found a mate in the pack or he could have grown up to be a helper to raise new litters like a protective uncle.

Instead, Anubis traveled some 300 miles and ultimately was outfitted with a bright pink collar — and that official moniker, M2520.

"We’re not sure if there’s other wolves in this area, we’re not aware of any but there’s always that potential. We were really hoping he’d be successful and find a mate of his own. Right in the prime of his life," she said.

Instead, on Jan. 2, the young wolf was found west of Flagstaff, shot dead. The U.S. Fish and Wildlife Service is investigating his slaying. It’s also offering a reward as is Arizona Game and Fish and a host of nonprofits. 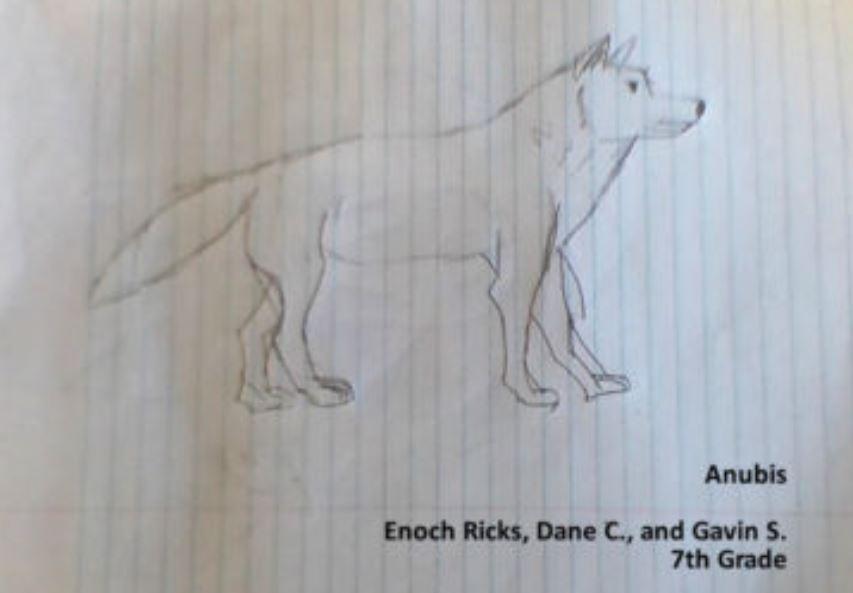 "Well, my teaching team, we’re devastated," said Anna McNamer, a middle school teacher in Utah. Her class had won the naming contest for M2520. It’s put on by the nonprofit Lobos of the Southwest and had entries from around the world. McNamer’s students went with the name for the ancient Egyptian god of the underworld whom, they wrote, occasionally was depicted with a wolf’s head.

"Another reason for the name Anubis is that he was a powerful god, and we want the cub to grow into a powerful wolf," the students wrote in their essay.

"Students are always really surprised that they actually get to name a real wolf. They never believe me when I tell them," McNamer said.

Then she had to reach out to those students' parents to tell them Anubis was dead.

"They just keep going until they can find a mate," he said.

Sometimes they’re chased off by other wolves, or just not welcomed.

The service tracked one wolf that traveled some 500 miles from Cody, Wyoming, to the North Rim of the Grand Canyon.

In 2015, that animal suffered a similar fate. She was shot dead in Utah.

And then in late January of this year, a Mexican gray wolf named Mr. Goodbar was shot.

He achieved fame for his presumably frustrated wanderings along the U.S.-Mexico border wall that he couldn’t cross in southern New Mexico. Investigators aren’t disclosing details. But unlike Anubis, Mr. Goodbar survived.

Dr. Carol Bradford, a senior veterinarian at the Albuquerque BioPark, performed the amputation that saved his life.

She succeeded and he was ultimately released. But Bradford was upset that he’d survived for perhaps longer than a week with the shattered leg.

"When we took our radiographs and X-rays and seen that it was a gunshot wound, that definitely bothered me that someone would intentionally harm this animal and leave him with a very painful and potentially life threatening injury. 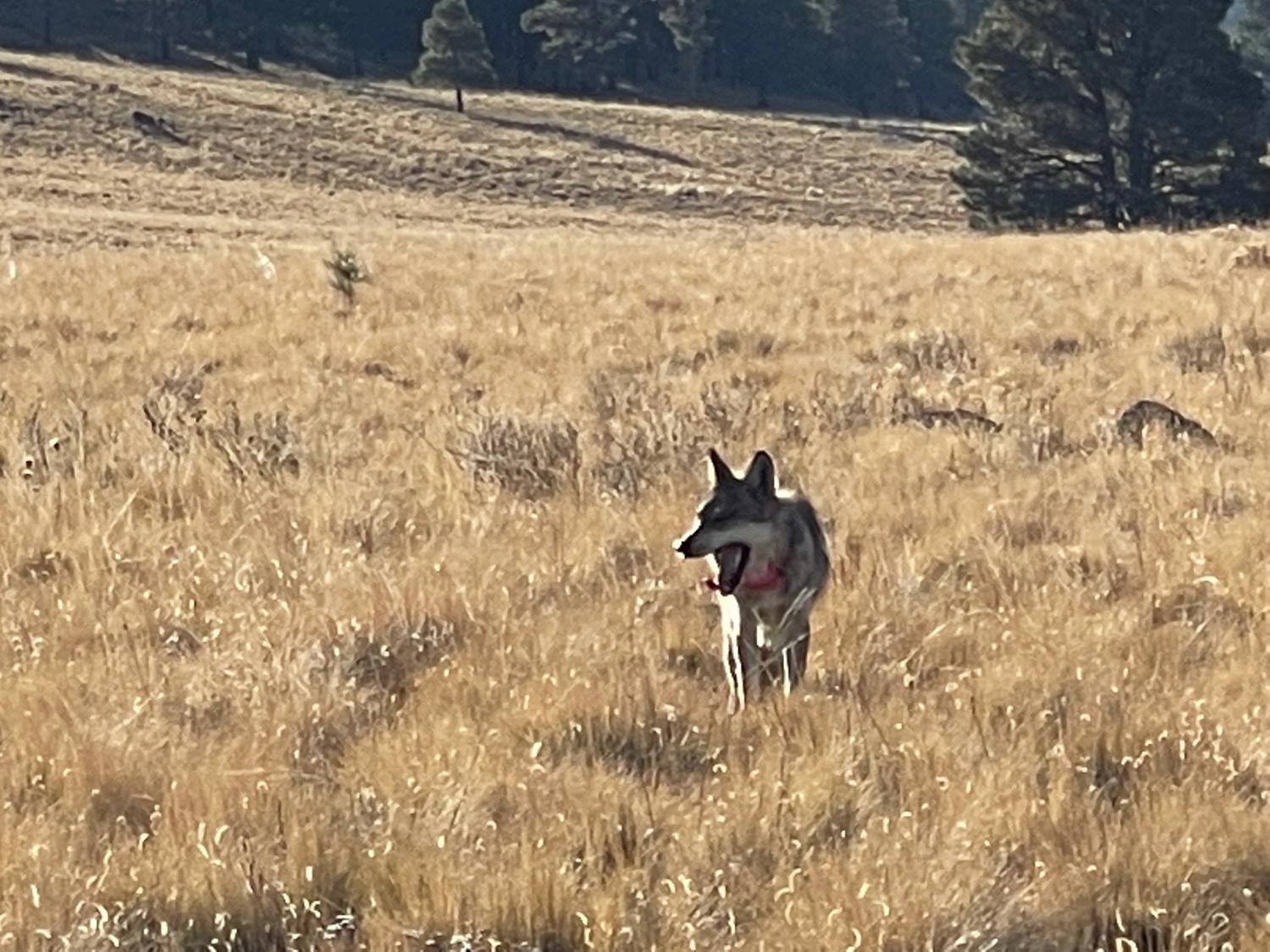 Mr. Goodbar has resumed his roaming. But she worries that his amputated hind leg will jeopardize his chances to breed. Other successful amputees lost a front leg and were still able to do so.

The Mexican gray wolf is an endangered species and fines for killing one top $50,000. Whether Anubis or Mr. Goodbar were shot by accident or intentionally still hasn’t been resolved.