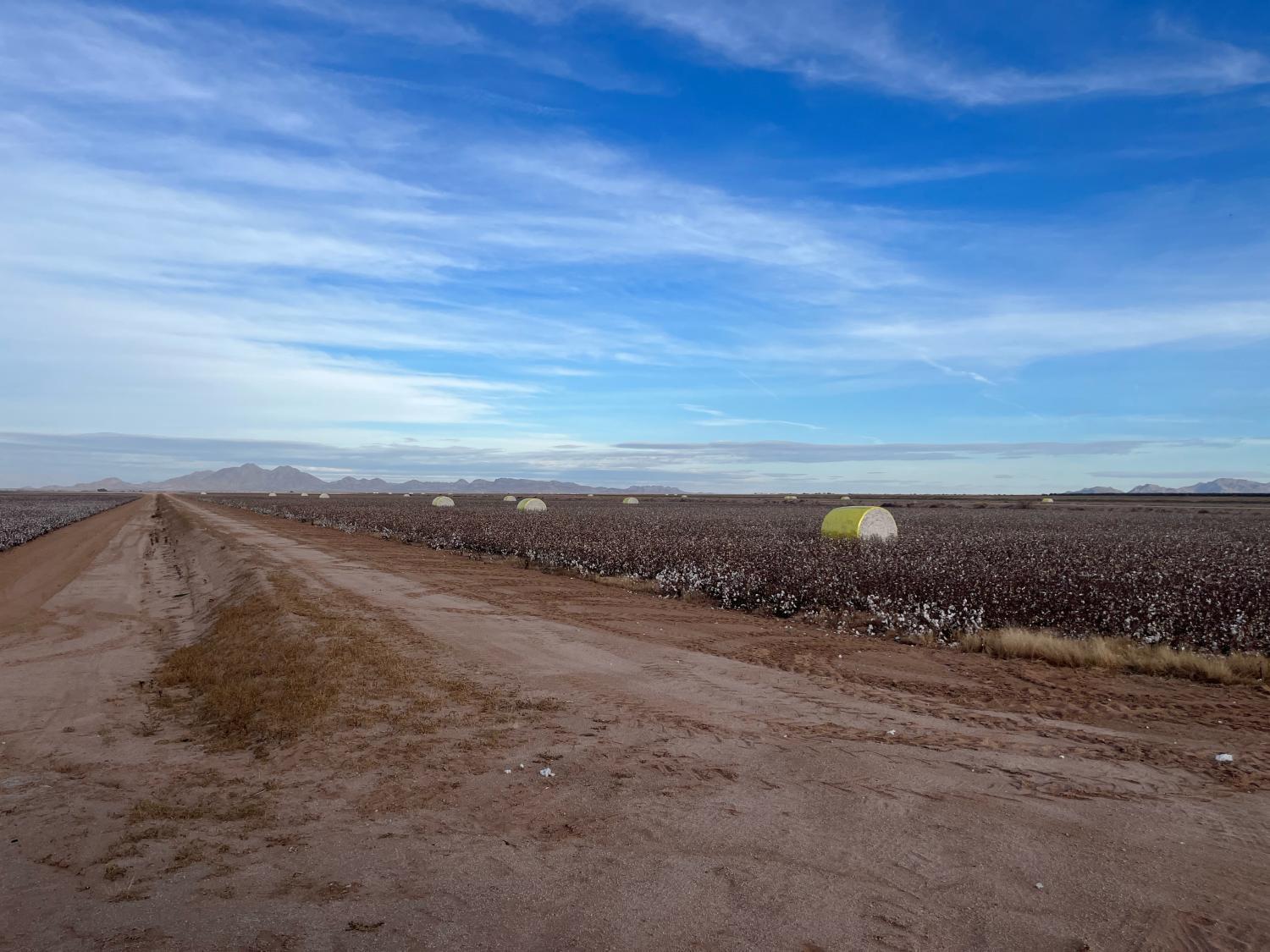 Anthony J. Wallace/KJZZ
With less water available for irrigation, many farmers and experts anticipate a decline in agricultural production in Pinal County in 2022.

"I love my job, it’s the greatest way of life," Miller said. "It's the best profession in the world, in my opinion."

His great great grandfather came to Arizona in 1917 and started a farm in Gilbert. Four generations later, Jace is still doing it. But that 100-year run is at risk of ending — Triple M Farms, named for the three Miller generations that work there today — is losing access to its most important resource: water.

"I go to bed every night, I wake up every day going, 'What the hell are we doing?'" Miller said. "Are we going to be able to do this anymore?"

A new study found the West is in the midst of its worst drought in 1,200 years. So far in Arizona, the consequences of a shrinking water supply have not been distributed equally. Starting in 2022, farmers in Pinal County, where Triple M operates, are being forced to dramatically reduce their consumption of Colorado River water. In 2023, he said they’re being cut off from this water supply completely. And that poses an existential risk to the agriculture industry there.

"I'm concerned about my family," Miller said. "As well as all my employees."

The Colorado River is known as the “lifeline of the Southwest.” It supplies water to 40 million Americans.

"About 80% of Arizona's population uses Colorado River water in some fashion," said Chuck Cullom, executive director of the Upper Colorado River Commission and former Colorado River Programs Manager for the Central Arizona Project. Cullom has studied the hydrology of the river system and explained how climate change has resulted in less water running through it. 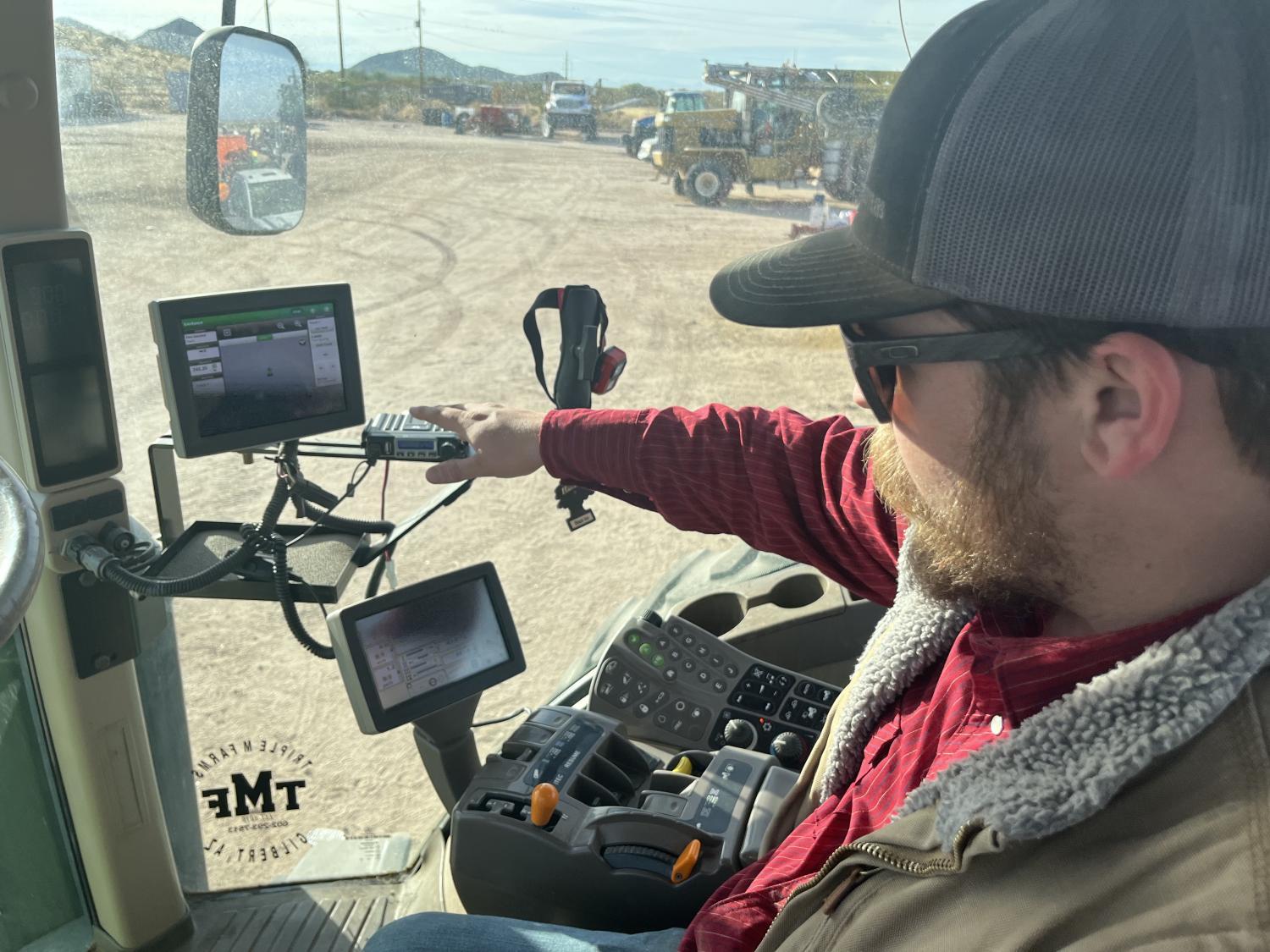 Anthony J. Wallace/KJZZ
Jace Miller shows off the advanced technology inside a modern tractor. Much of the recent innovations in farming have been aimed at increasing water efficiency. (Photo by Anthony J. Wallace)

"Dominantly in the Colorado River, the impacts we see of climate change are temperature driven," he said.

The Colorado River gets its water from snowmelt in the Rocky Mountains. The historic drought we’re in now can mean less snow, but higher temperatures mean drier soil and that’s a big part of the problem. When the snow melts and water runs down the mountains, a lot of it soaks into the ground and never makes it to the river. Cullom said last year, for example, the Rocky’s got a decent amount of snow — 70% of the normal amount. But the river only got about one third of its normal amount of runoff water. And he expects this trend to continue.

"We’re anticipating less water in the future than what we’ve expected and experienced for the previous 100 years," he said.

The level of the reservoir Lake Mead reached an all-time low in August of last year, and the federal government declared a shortage. The Colorado River water that farmers in Pinal County like Jace have relied on is low priority — that means it is the first to be eliminated now that the shortage has been declared.

"I want this water deal to be equal," Miller said.

The water debate sometimes gets framed as urban vs. rural, cities vs. farms. And the cities are growing fast, using more and more water. Jace can get a little worked up talking about it. He’s  being drastically cut off from water in 2022, while a lot of people at home in the cities don’t notice a thing. 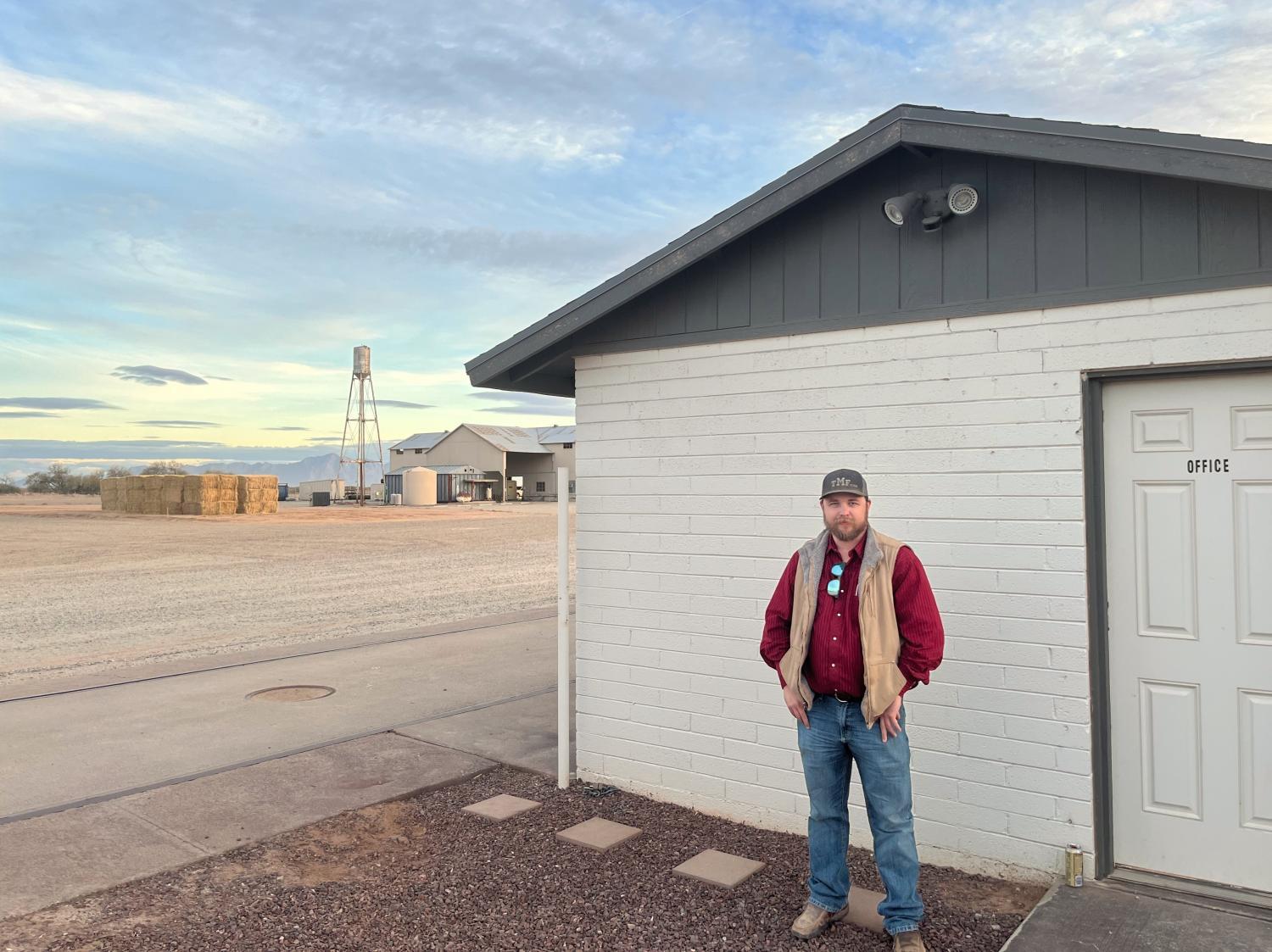 Anthony J. Wallace/KJZZ
Jace Miller, 30, stands at the headquarters of his family-run Triple M Farms. In 2022, his and other farms in Pinal County in Central Arizona, are being forced to drastically reduce their consumption of Colorado River water. (Photo by Anthony J. Wallace)

Jace said he’s contemplating moving to another state or changing careers altogether — but he hopes it won’t come to that. As he watched the sun set over his barn with his wife and brand new baby boy nearby, he told me he hopes his son will be the sixth generation Miller to farm in Arizona.

"I'm optimistic, but I'm also a realist. I don't think we're gonna win the fight," he said. "I don't think the water tap will get turned on. I think we're going to slowly fade away and in whatever ag’s left in 50 to 100 years is going to be more corporate or government owned, and it's not going to have the ambience. But it doesn't mean I'm not going to try."

Robert Glennon, a water expert who’s worked at the University of Arizona and written and spoken about water issues all over the world, said agriculture uses 80% of the West’s water, so it could make a huge difference if agriculture cuts back their usage. But he’s also clear that we need farmers to survive as the world’s population grows.

"Farmers have been miracle workers," Glennon said. "But the question asks itself: How are we going to find the resources, including water, to supply a world of almost 10 billion people? So we need rural communities to be vibrant and strong and productive if we're going to avoid just a horrible human tragedy."

Gov. Doug Ducey recently proposed investing $1 billion in water initiatives, including desalination, which would use ocean water to offset some of the Colorado River water losses. But if Lake Mead continues dropping as expected, eventually cities will feel the pain of water shortages too.

This story was adapted from the original Hear Arizona podcast series InHospitable, now available on Apple Podcasts, Spotify or wherever you get your podcasts.