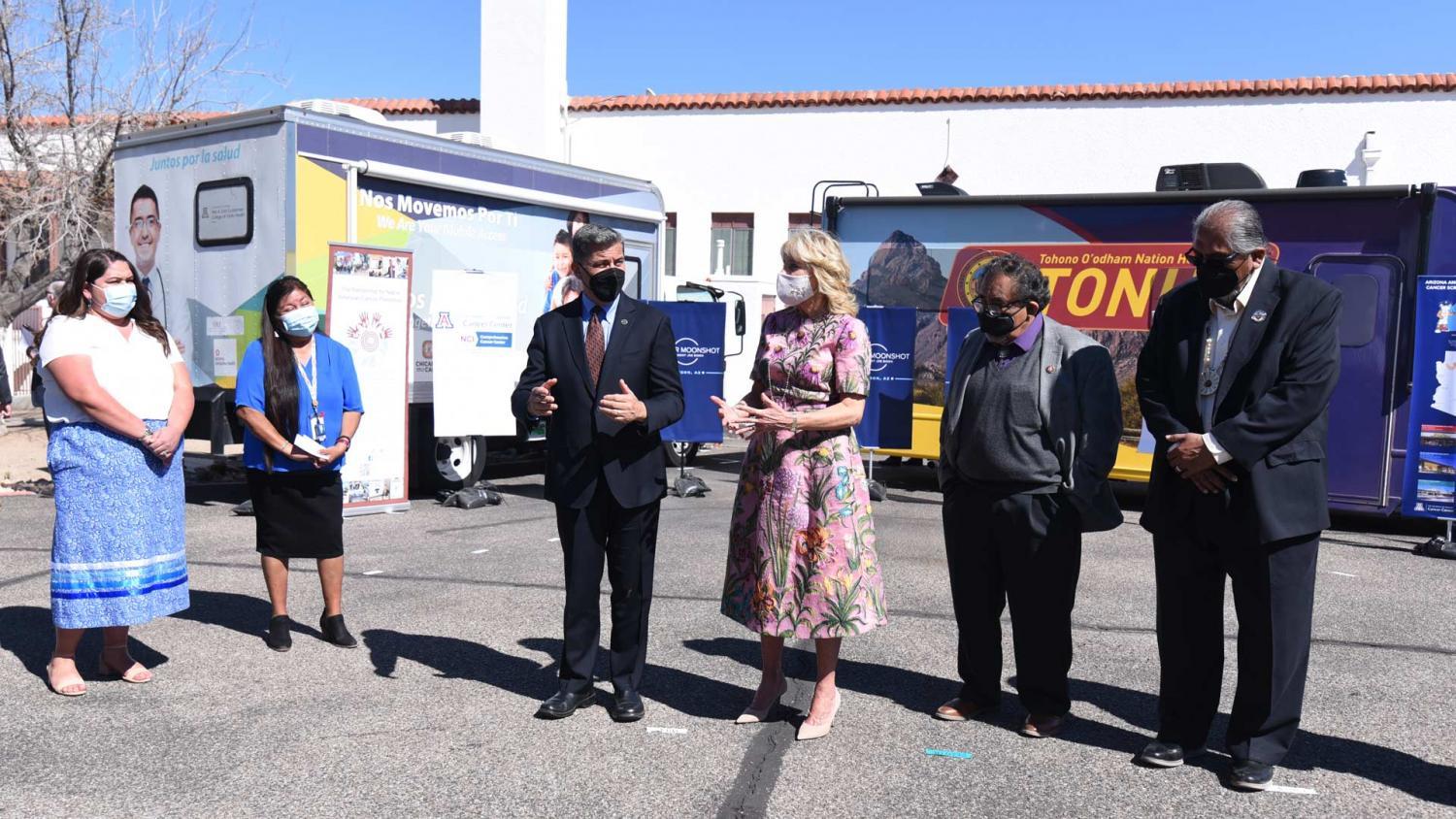 First lady Jill Biden was in southern Arizona Tuesday, touring a health clinic on the Tohono O’odham Nation that will get federal funding as part of the newly relaunched Cancer Moonshot initiative.

Just south of Tucson, the first lady was greeted with a traditional blessing at the San Xavier Health Clinic, a hilltop white building built in the 1930s that serves the San Xavier District of the Tohono O’odham Nation.

"It’s no question that our efforts to try to address cancer and address the level of services that our people need … is a challenge," he said.

American Indians are disproportionately affected by colorectal and other types of cancers nationwide, according to the Centers for Disease Control and Prevention. But right now, there is nowhere in the Tohono O’odham Nation where one can get a colonoscopy to test for it. Tribal health officials told Biden and Becerra one barrier was a lack of funding for those services. 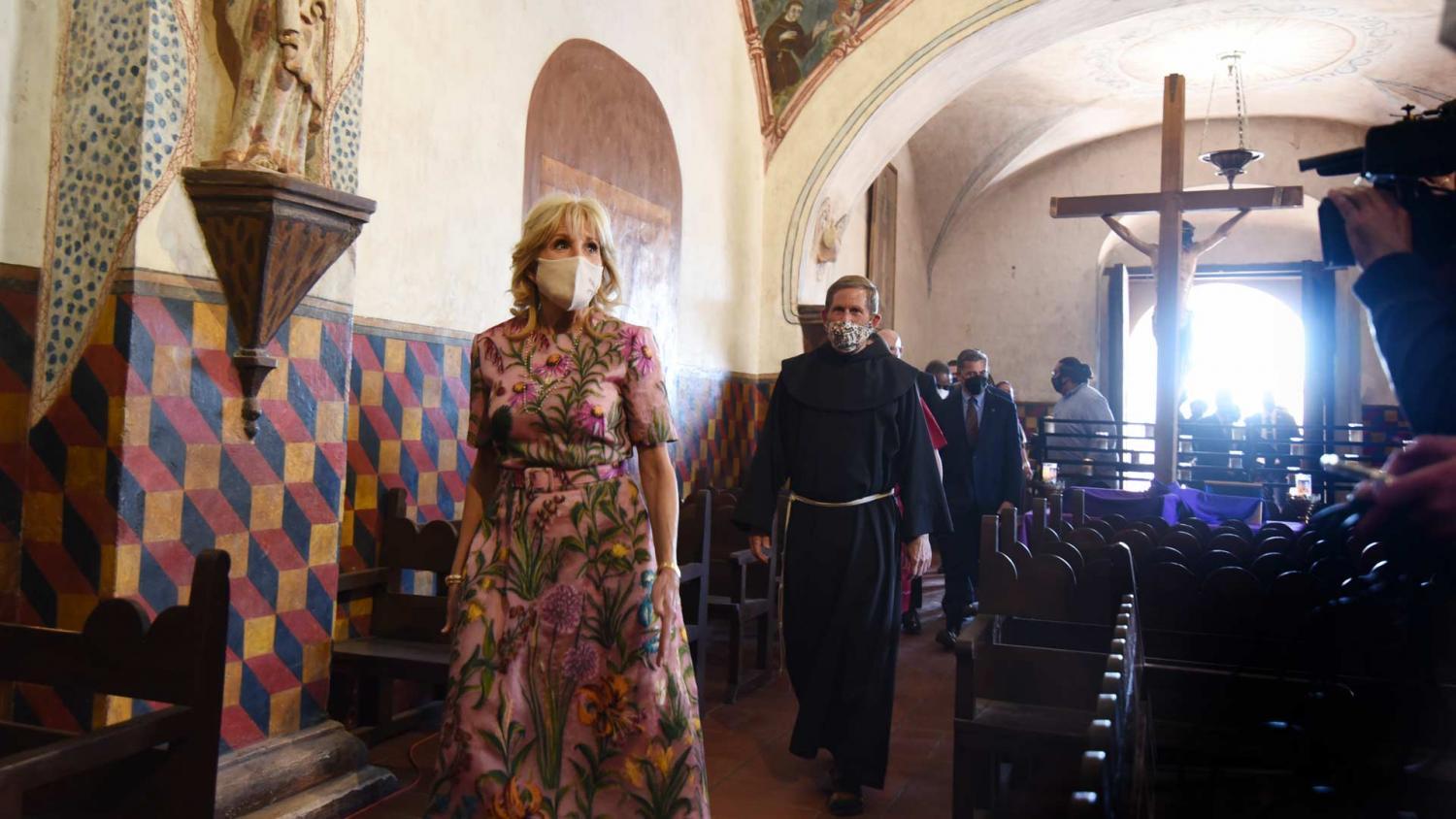 In 2020, the University of Arizona Cancer Center was awarded $3 million from Cancer Moonshot to increase colorectal screenings and cancer awareness in tribal communities. The Tohono O'odham Nation is the latest of seven Arizona tribes to partner with the center for that effort.

"So for example, at one of our clinics, they had a 9% screening rate for colorectal cancer, that's abysmal," said Jennifer Hatcher, associate director of community outreach and engagement at the center. "They're up to almost 30% after two years of that Moonshot funding."

"This is so comprehensive, and it's great to hear, but we can see what more is needed," she said.

After the clinic, Biden and Becerra went to the San Xavier del bac Mission, where a group of Tohono O'odham women performed a traditional dance. Later in the day, they headed to Tucson to commemorate International Women's Day with Tucson Mayor Regina Romero and local businesswomen. 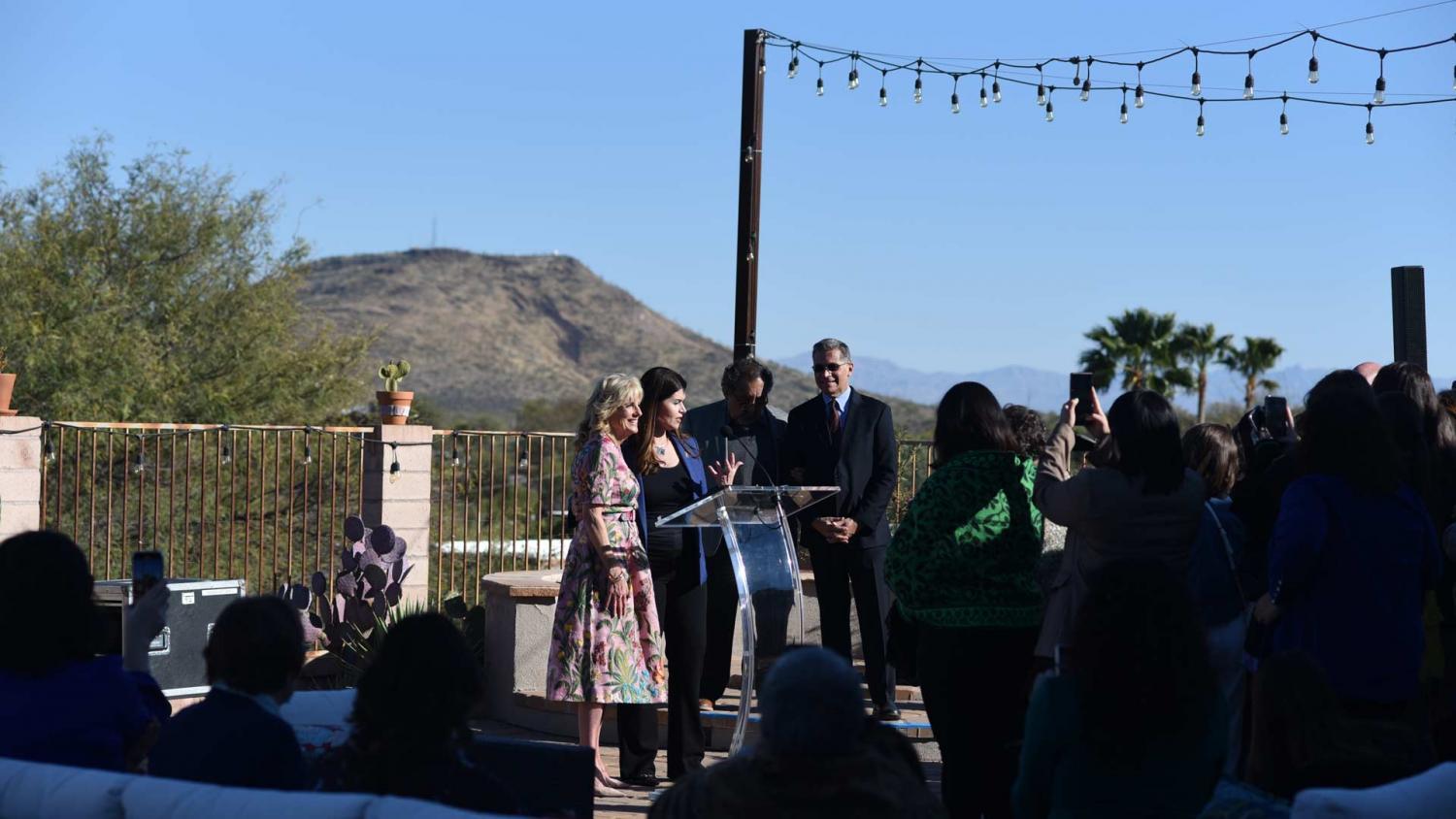