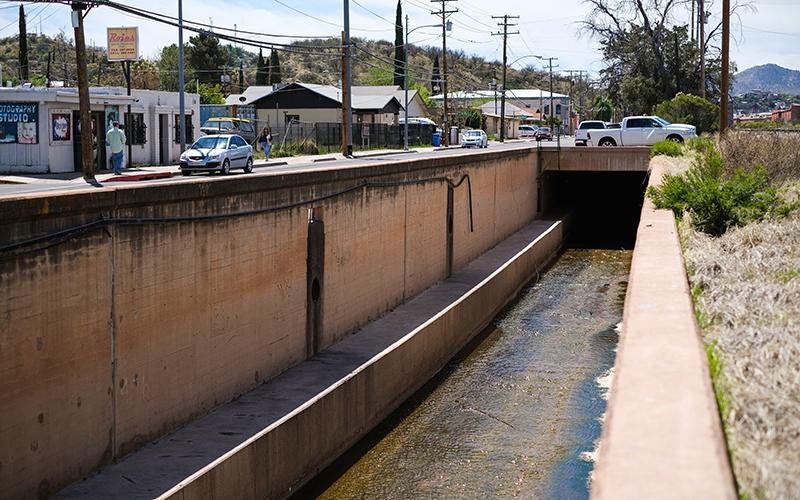 Chloe Jones/Cronkite News
A section of the International Outfall Interceptor in Nogales.

FEMA is spending $8.6 million to build a flood control basin near the border city of Nogales, Arizona, an area subject to intense flash flooding during monsoon season.

The project is intended to be one of three basins developed inside Nogales to reduce flooding and potential damage.

The basin will protect vital infrastructure in the area, like state and railroad lines, a major local natural gas and water line, schools and other public facilities.

It is expected to reduce erosion in the Nogales Wash and Potrero Creek, as well as protect a section of the city’s large produce sector.

The project will also divert water away from a large sewer line called the International Outfall Interceptor, which leaked wastewater into the Santa Cruz River during a 2017 storm, causing a state of emergency in Nogales.