Tommy Lloyd leads the Arizona Wildcats to a No. 1 NCAA Tournament seed in his first season 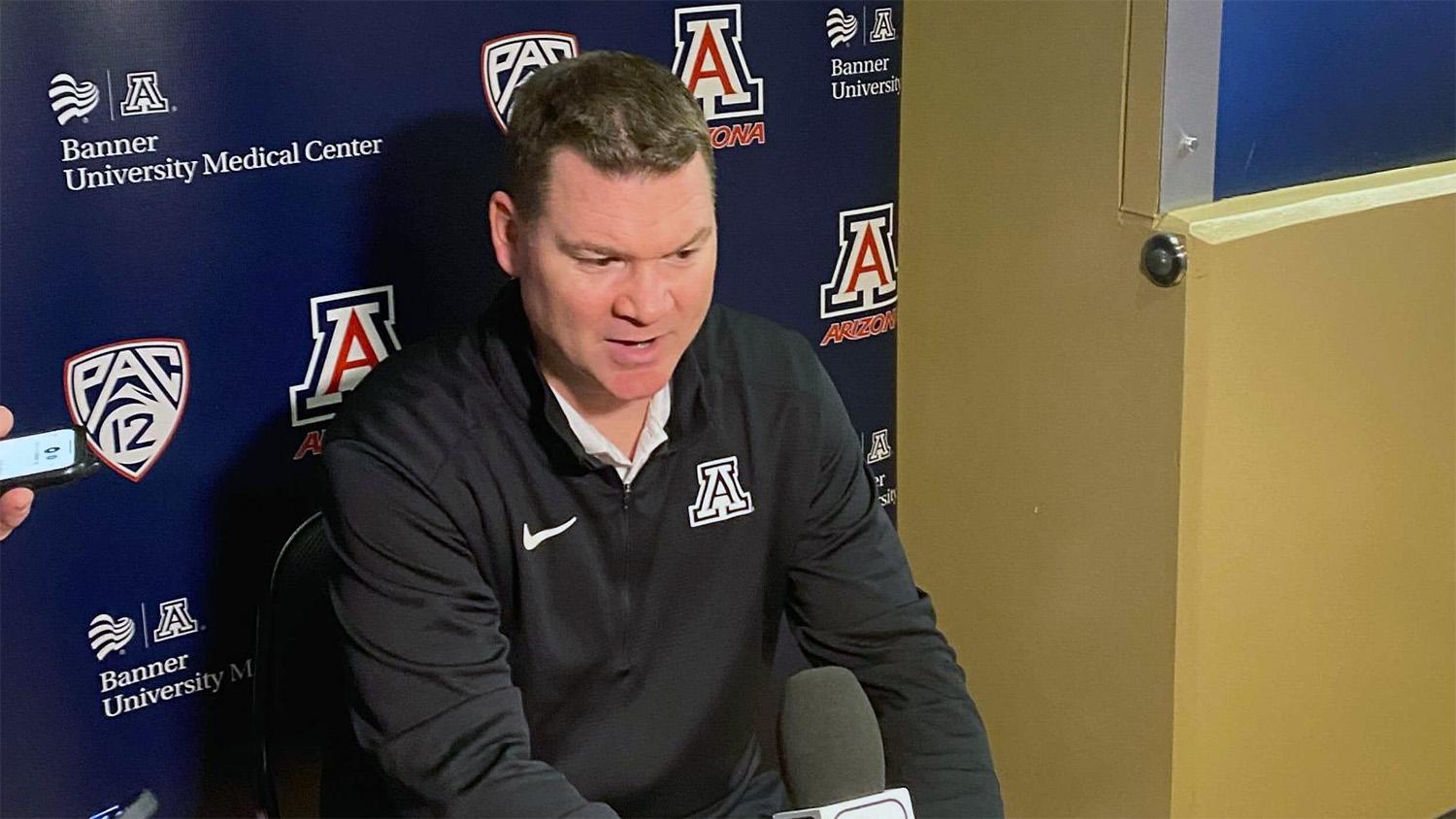 Tommy Lloyd has quickly returned Arizona to national prominence after a tumultuous stretch that included NCAA charges tied to a federal corruption investigation into college basketball, the firing of its men's coach and no postseason play.

This new group of Wildcats is working to remove the stain on the program, heading into the NCAA Tournament as a No. 1 seed, topping the field in the South Region in Lloyd's first season.

“It's a great opportunity for us to go continue to make a mark," Lloyd said Sunday night. "So we’re going to attack it. We're not defending anything. We’re going for it. We're going to come out and play with a bunch of energy and hopefully a bunch of swag, and have some fun.”

Arizona (31-3) will open play Friday in San Diego against the Wright State-Bryant winner. It’s part of a quick rise for a program that was unranked in the AP Top 25 to start the season and was picked to finish no better than fourth in the Pac-12.

Lloyd, 47, helped Mark Few build a national power at Gonzaga after a long run as a Zags assistant, then took over at Arizona last April after the school had fired Sean Miller amid the fallout from the corruption case.

The school still faces multiple top-level charges in an NCAA case that is among a handful still making its way through the Independent Accountability Resolution Process (IARP), which was created out of proposals from the commission led by former U.S. Secretary of State Condoleezza Rice in 2018 to reform the sport.

Arizona imposed a postseason ban last season and last played in the NCAA Tournament in 2018. But with Lloyd providing stability and a fresh start, the Wildcats could accomplish milestones not recently seen around Tucson.

Led by sophomore Bennedict Mathurin and the frontcourt tandem of Azuolas Tubelis and Christian Koloko, the Wildcats swept the Pac-12 regular-season and tournament titles.

It's the seventh No. 1 seed for Arizona, which will try to return to the Final Four for the first time since 2001. A title run would mark the first Pac-12 team to cut down the nets since Arizona won its only other title in 1997 under late Hall of Famer Lute Olsen.

“Obviously there's a group of teams that have maybe separated themselves and physically they look the part,” Lloyd said. “And I think we're in that group. But there is a lot of parity.”