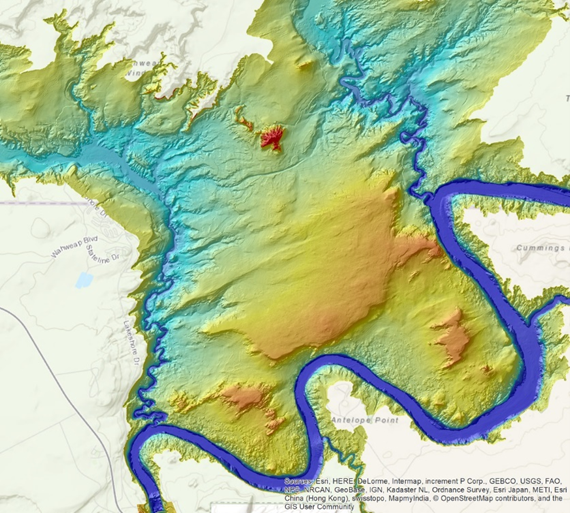 During the most recent survey of Lake Powell, USGS scientists used high-resolution multibeam bathymetry and lidar to create the equivalent of an underwater topographic map of the reservoir.

Lake Powell’s storage capacity is shrinking and that’s not just due to dropping water levels. That’s according to a U.S. Bureau Reclamation report issued Monday.

The report found that the amount of water the lake could potentially hold dropped by 4% since 1986 when the last survey was completed.

The total capacity has decreased by nearly 7% since 1963, when the reservoir started to fill.

According to the report, the loss of ability to store water is due to sediment drop-off from the Colorado and San Juan rivers.

Scientists from the U.S. Geological survey used lidar to create a map of the reservoir for future planning.

Lake Powell provides water to about 40 million people, and officials worry the water loss could threaten the amount of power it could generate.