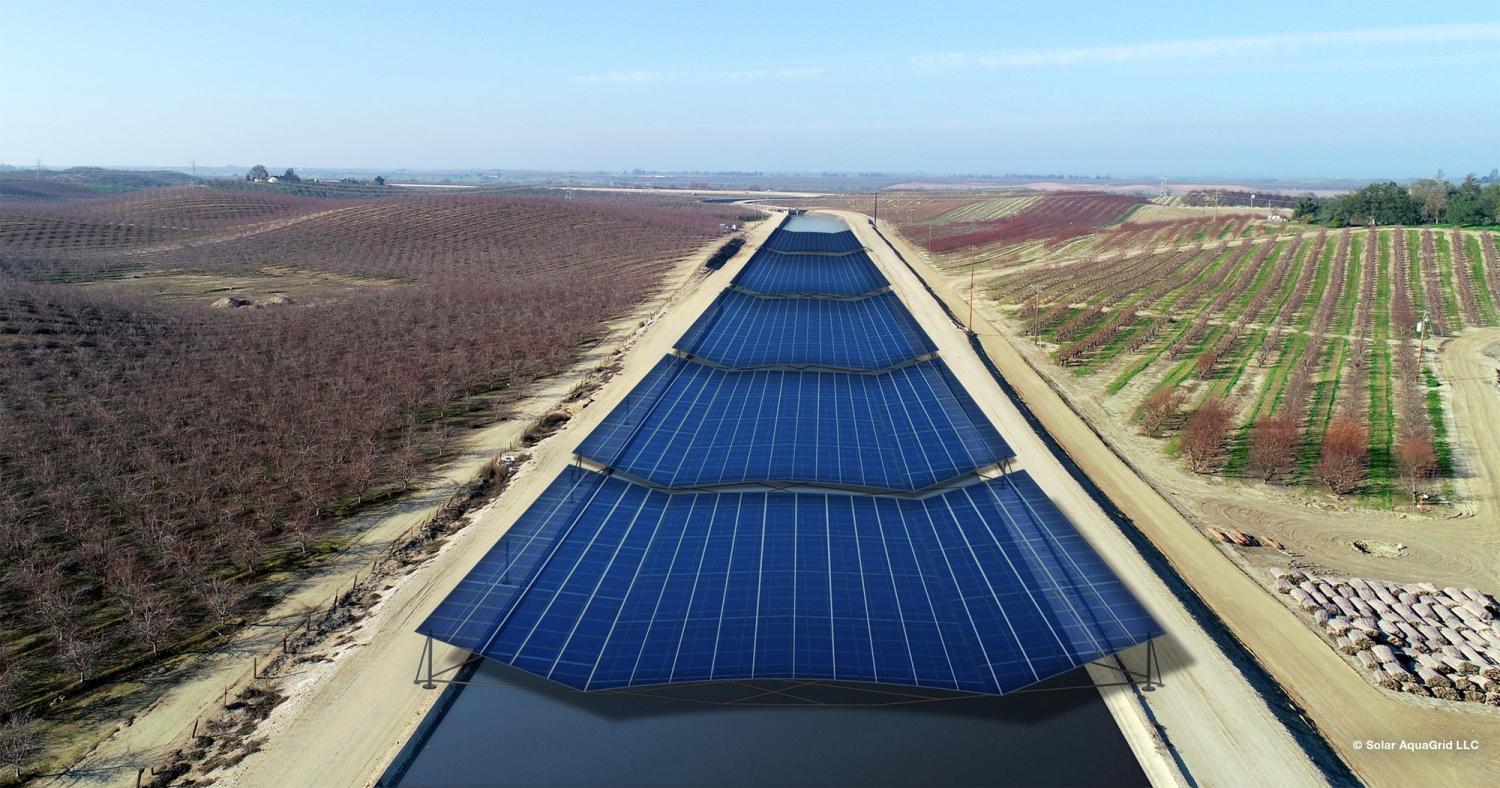 Two thousand to 2021 was the driest 22 year period since the year 800. That’s according to a study from researchers at the University of California Los Angeles and Columbia University.

But there’s a promising new pilot project in California that aims to conserve water while producing renewable energy.

Cracked soil, dead plants and low water levels are just some of the repercussions that states like Arizona and California are currently experiencing from the drought.

And in places like Turlock, California, farmers have had to adjust to these circumstances.

“We have a five locally elected board,” said Josh Weimer, with the Turlock Irrigation District. “Three years ago they started reducing the amount of water available to farmers to prepare for an instance like this.”

NASA says drought happens for many reasons, such as climate change and changes in ocean temperatures or the jet stream. For irrigation canals, water evaporates and exacerbates the situation.

But a first-in-the-nation pilot project has a solution. Project Nexus plans to install solar panel canopies over sections of the Turlock Irrigation District’s canals to develop energy and curb evaporation. 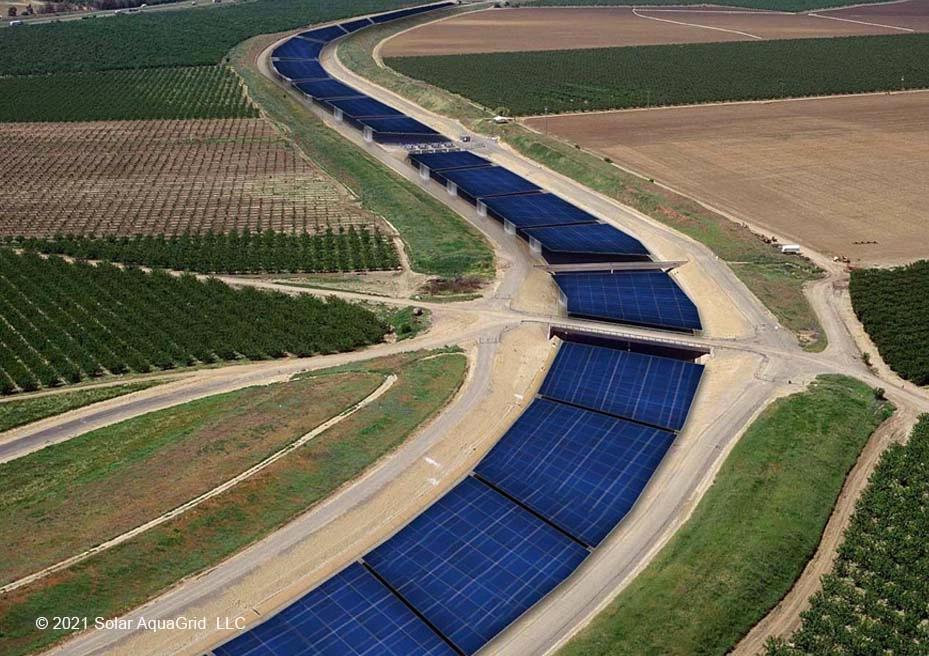 Weimer said the potential is vast.

“If we were to cover all 4,000 miles of irrigation canals and water aqueducts in California, what could be the potential water quality and water supply savings. And also how much renewable energy can we create,” he said.

The idea came from a study by California researchers that illustrated that putting solar panels over California’s canals could potentially save 63 billion gallons of water every year. That would be enough to irrigate 50,000 acres of farmland or meet the residential water needs of more than two million people.

Study author Brandi McKuin is a postdoctoral scholar at the University of California Santa Cruz. She says there may be another benefit too.

“It can also increase the renewable energy efficiency,” McKuin said. “There’s a thermal threshold on the solar panels. If they become too hot they have a decline in performance. And so because water heats up more slowly than land, we estimate there could be an increase in efficiency in solar power electricity.”

Weimer says that solar canals mean there is no demand on land use.

“If we want to buy land to put in renewable energy, the cost of that land drives up the overall project. And we’re already a publicly owned utility and so any costs directly pass on to our ratepayers,” she said.

McKuin added that this project could also help protect other parts of the environment.

“A lot of large scale solar developments are out in the Mojave Desert, home to threatened species like the Mojave Desert tortoise, so by using already disturbed land we can avoid habitat loss, degradation and fragmentation.“ 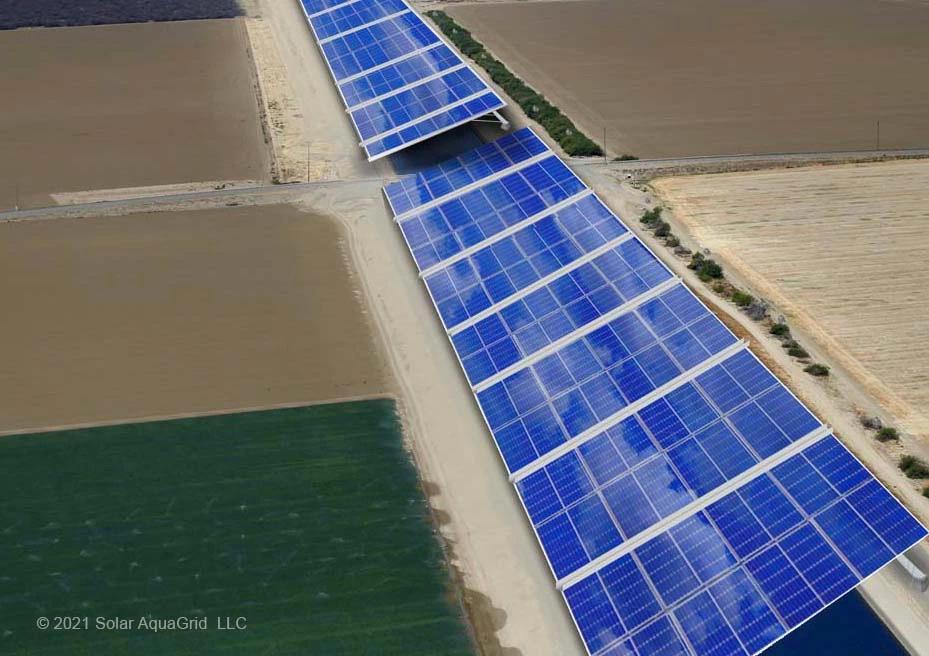 Construction is expected to begin this fall. It’s only being tested in California, but Weimer thinks it could expand to other parts of the country.

“In Arizona you guys have very large irrigation companies and a great spot for solars,“ Weimer said, “so I think it’s something that has real world implications outside of just California.“

In fact, India has been installing solar panels over canals for years and has seen success in reducing water evaporation.

As for the project in Turlock, Weimer says it will take one to two years to determine how viable solar-canals are.

“We think it’s going to be designed in a way that will be successful,” he said, “but we’ll see in a few years.”