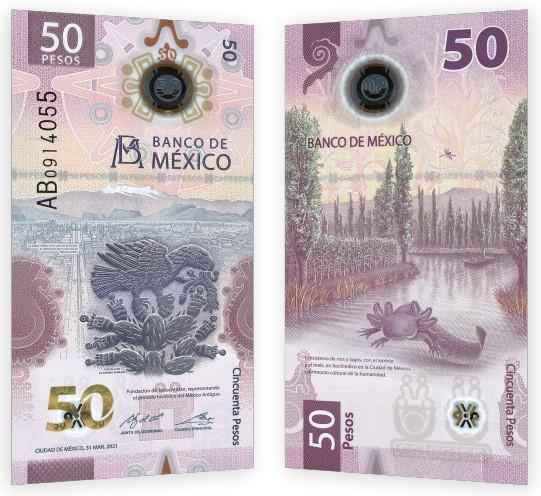 Banco de Mexico
Both sides of the award-winning 50-peso bill.

Earlier this month, the International Bank Note Society recognized Mexico’s 50-peso bill as its Bank Note of the Year.

The front of the note, which was released last October, features a scene from ancient Tenochtitlan, inspired by muralist Diego Rivera’s depiction, and a fragment of a famed stone sculpture showing an eagle perched on a cactus.

The backside is a peaceful scene of Xochimilco’s extensive canal system, along with a prominent ajolote (or axolotl), a critically endangered salamander native to the area.

The bill won against 20 others worldwide, according to the society. Mexico’s new 100-peso bill, which features the poet Sor Juana Inés de la Cruz, won the honor last year.