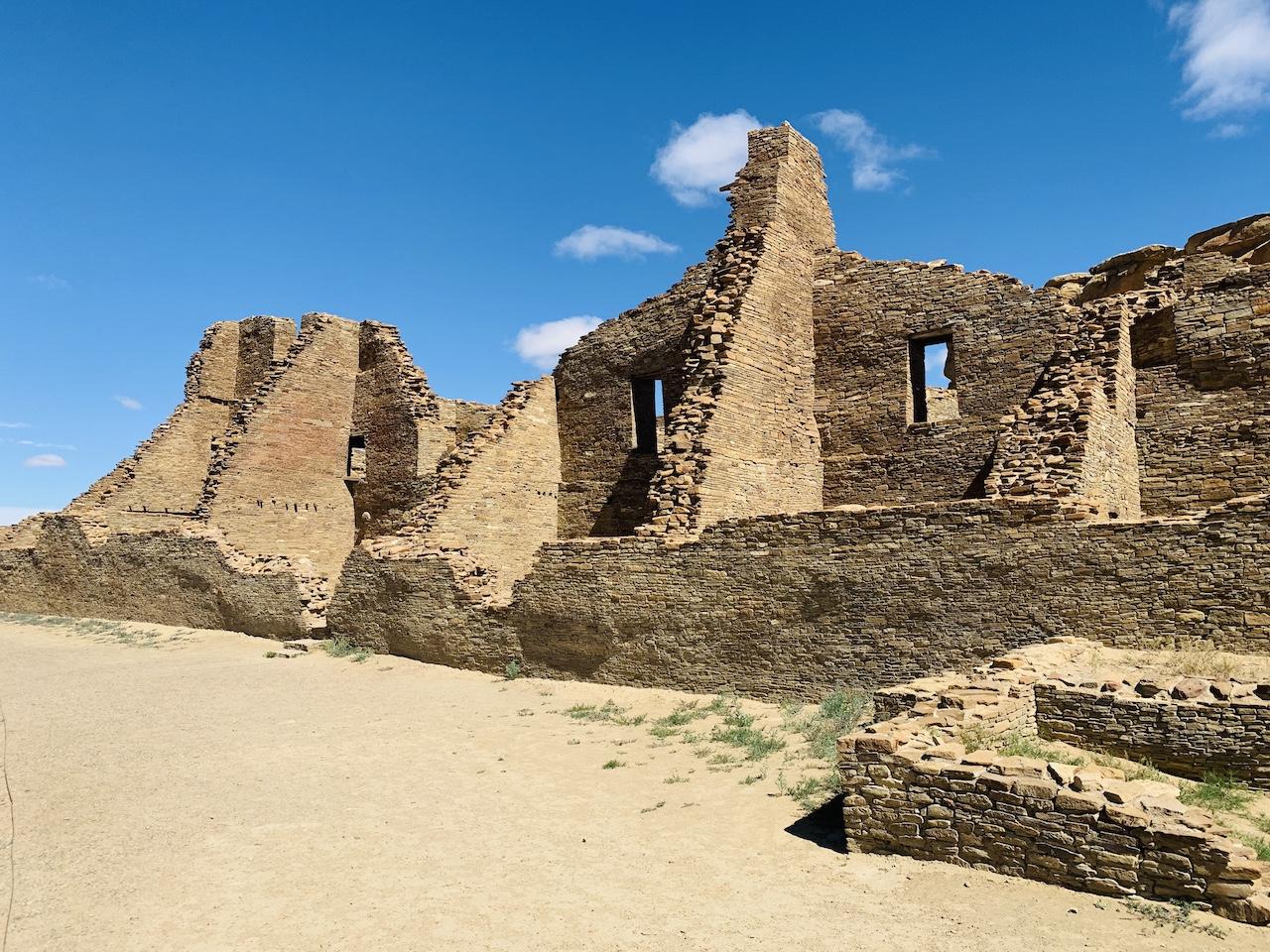 Navajo Nation
Chaco Canyon was once a hub of indigenous civilization. Many cultural resources and sacred sights remain.

The U.S. government, environmentalists and an energy company have reached a settlement over contested oil and gas leases in an area held sacred by Native American tribes.

The agreement approved by a federal judge earlier this week would pause drilling on a few dozen parcels in northwestern New Mexico near Chaco Culture National Historical Park while federal land managers conduct an environmental review and consult further with tribes.

The spotlight already is on Chaco as U.S. Interior Secretary Deb Haaland has initiated a plan for halting development on federal land around the park and providing a pathway for tribes in New Mexico and neighboring Arizona to be more involved in decision-making. Federal officials are planning more public meetings on the plan later this month.

The settlement stemmed from a petition filed in 2020 that challenged the U.S. Bureau of Land Management's decisions authorizing the leasing of 42 parcels for oil and gas development.

The plaintiffs argued that the agency violated the National Environmental Policy Act by failing to take a hard look at cumulative greenhouse gas emissions, climate change and health impacts, and environmental justice issues. They also said opportunities for public participation were inadequate.

As part of the agreement, land managers will have until August to complete a more in-depth environmental review, hold a public meeting and meet with tribes. In the meantime, the agency will not approve any applications for a permit to drill or any new right-of-way permits on the challenged parcels.

Energy company EOG Resources Inc. also agreed not to develop 119 wells that federal officials had previously approved until the review is done and the Bureau of Land Management issues a new decision. If the agency decides to cancel any of the leases, EOG reserves the right to challenge that decision.

Email messages seeking comment were left Thursday with the company's attorneys and with regional Bureau of Land Management officials.

“The Bureau of Land Management’s fly-by-night approvals for oil and gas leasing during the pandemic chaos of the waning days of the Trump administration undermines the trust responsibility the bureau has with Diné living on the Counselor, Ojo Encino, and Torreon lands," said Mario Atencio, an organizer with the Navajo environmental group Diné C.A.R.E.

The fight over development in the region has spanned multiple presidential administrations, and even some Native Americans have differing views on how much space around the national park should be protected.

A World Heritage site, Chaco is thought to be the center of what was once a hub of Indigenous civilization. Within the park, walls of stacked stone jut up from the bottom of the canyon, some perfectly aligned with the seasonal movements of the sun and moon. Circular subterranean rooms called kivas are cut into the desert floor.

Outside the park, archaeologists say there are discoveries still to be made.

Ally Beasley with the Western Environmental Law Center said this latest case provides an opportunity for federal land managers to correct what she described as unjust treatment of the area around Chaco park as “an energy sacrifice zone.”

"A new decision — and new decision-making process — for these leases could be a meaningful step toward truly 'honoring Chaco’ as the agency has alluded to,” she said.