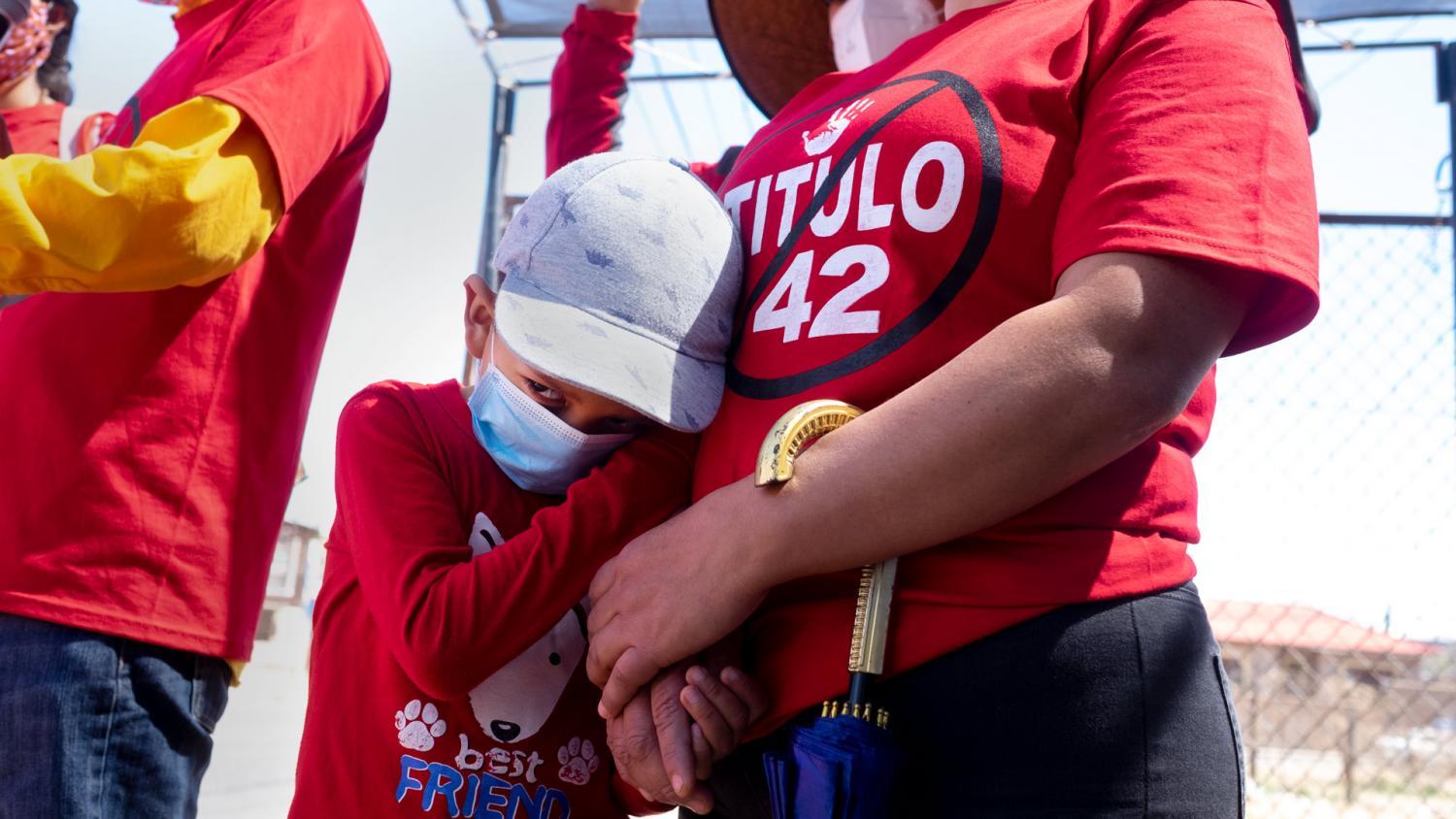 Alisa Reznick/KJZZ
A child hugs his mother as she sings during a demonstration against Title 42 in Nogales, Sonora.

A bipartisan group of U.S. senators, including Arizona Democrats Kyrsten Sinema and Mark Kelly, introduced a bill that would extend a pandemic-era policy that restricts access to asylum at the U.S.-Mexico border. But several Arizona nonprofits are speaking out against the measure.

The “Public Health and Border Security Act of 2022” would push back the May 23 deadline to terminate Title 42 despite an announcement from the Centers for Disease Control and Prevention that the protocol is no longer necessary.

Title 42 is a public health rule enacted more than two years ago under the Trump administration, allowing the U.S. to summarily expel migrants and turn away asylum seekers at the border.

But migrant aid groups say the bill’s rejection of the CDC’s decision makes clear that the policy is not about public health but excluding asylum seekers from their right to protection in the U.S.

"The bill drops all pretense that Title 42 is a measure to protect public health," the Florence Immigrant and Refugee Rights Project, the Kino Border Initiative and the International Rescue Committee said in joint press release. "In a context where other COVID-19 precautions at the border have fallen to the wayside, this bill continues to single asylum seekers out."

The groups said have long been ready to help the U.S. government welcome asylum seekers and restore their right to request refuge. They also emphasized the dangers migrants and asylum seekers stuck in Mexico have faced under Title 42 and other restrictive border policies.

"Everyday, we meet people who were kidnapped and beaten, people who were raped, and people who suffered other acts of violence and threats because they were displaced at the border under Title 42," the release said. "We applaud the Biden administration for finally acting to end this dangerous policy, but remain deeply disappointed that this legislation attempts to continue the use of this unsafe and unnecessary provision. People fleeing violence and persecution should not have their rights to seek protection in the United States infringed."

Senators Sinema and Kelly have said they want the Biden administration to demonstrate that it is prepared for the termination of Title 42. The proposed bill would require the policy to stay in place for 60 days after the Surgeon General ends the ongoing COVID-19 public health emergency and would require the Department of Homeland Security to present Congress within 30 days a plan to address an expected increase in migrants arriving at the border when the policy is lifted.