Armed with laptop and data, a graduate student became go-to source on the Sonoran pandemic 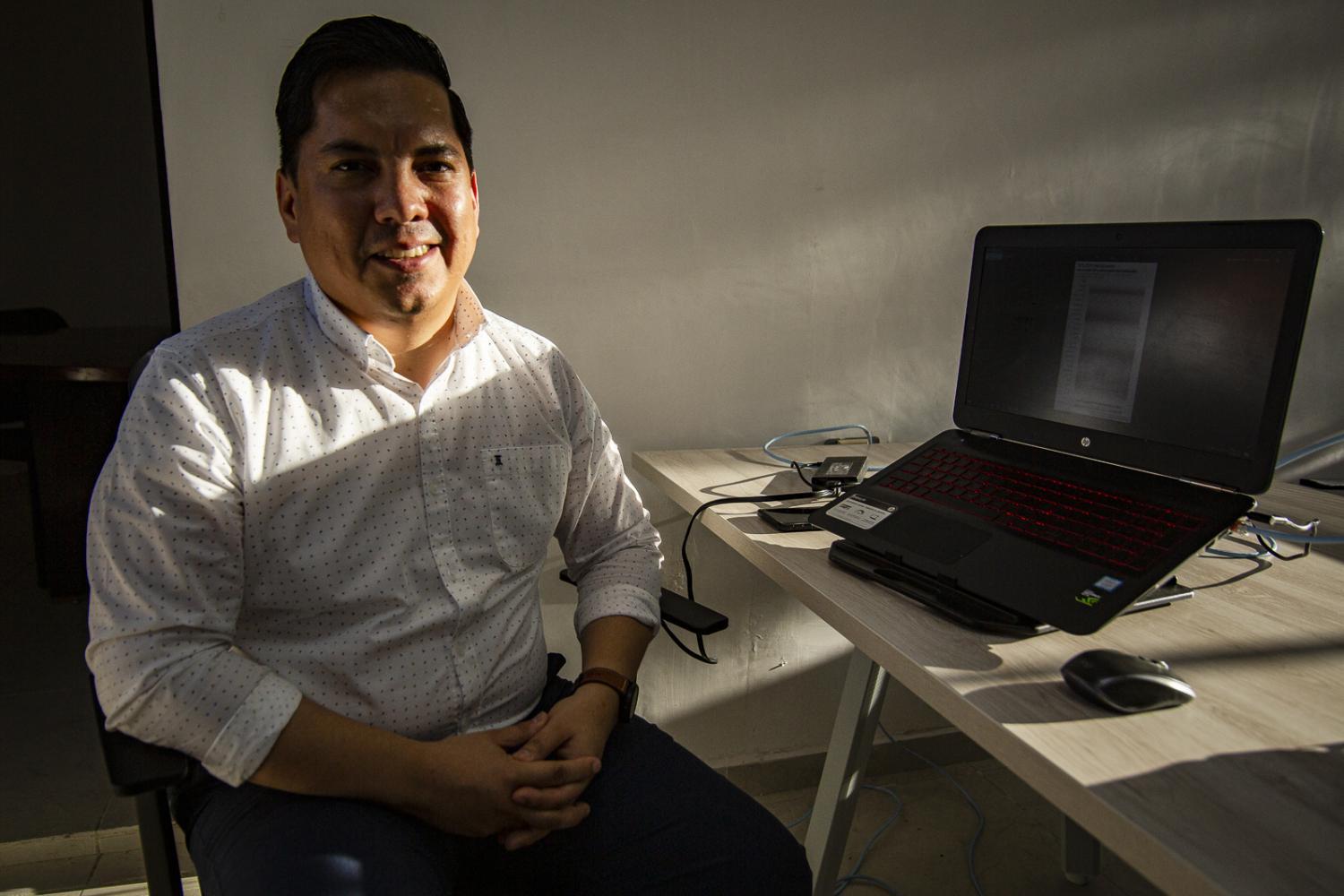 Murphy Woodhouse/KJZZ
For more than two years, data science graduate student Luis Armando Moreno has been producing some of the best analysis and visualizations of the pandemic in Sonora.

On a recent afternoon, Luis Armando Moreno pulled a computer, mouse and ventilated stand out of his backpack. For more than two years, these have been his tools in a long campaign to keep his fellow Sonorans informed about a pandemic that has claimed well over 10,000 lives here - and disrupted everyday life.

Clean-cut and well-dressed in the otherwise empty University of Sonora mathematics lab, he ran a computer script to download and crunch the latest federal COVID-19 database — now some 15 million rows long.

With the help of R, a powerful computer programming language, in less than 20 minutes his website is updated with a number of slick charts that paint a clear picture of the state of the pandemic — like a color-coded city-level map showing active cases.

But this streamlined, largely automated process is a far cry from how the project began.

In mid-March 2020, the first case of COVID-19 was confirmed in Sonora. Less than two weeks later, then-Gov. Claudia Pavlovich declared a health emergenc and ordered many businesses to close.

“It’s about protecting the most valuable thing we have,” she said in a solemn recorded address announcing the measures. “The health of our families.”

Across the country, Mexicans were asked to stay home for all but a handful of essential activities. 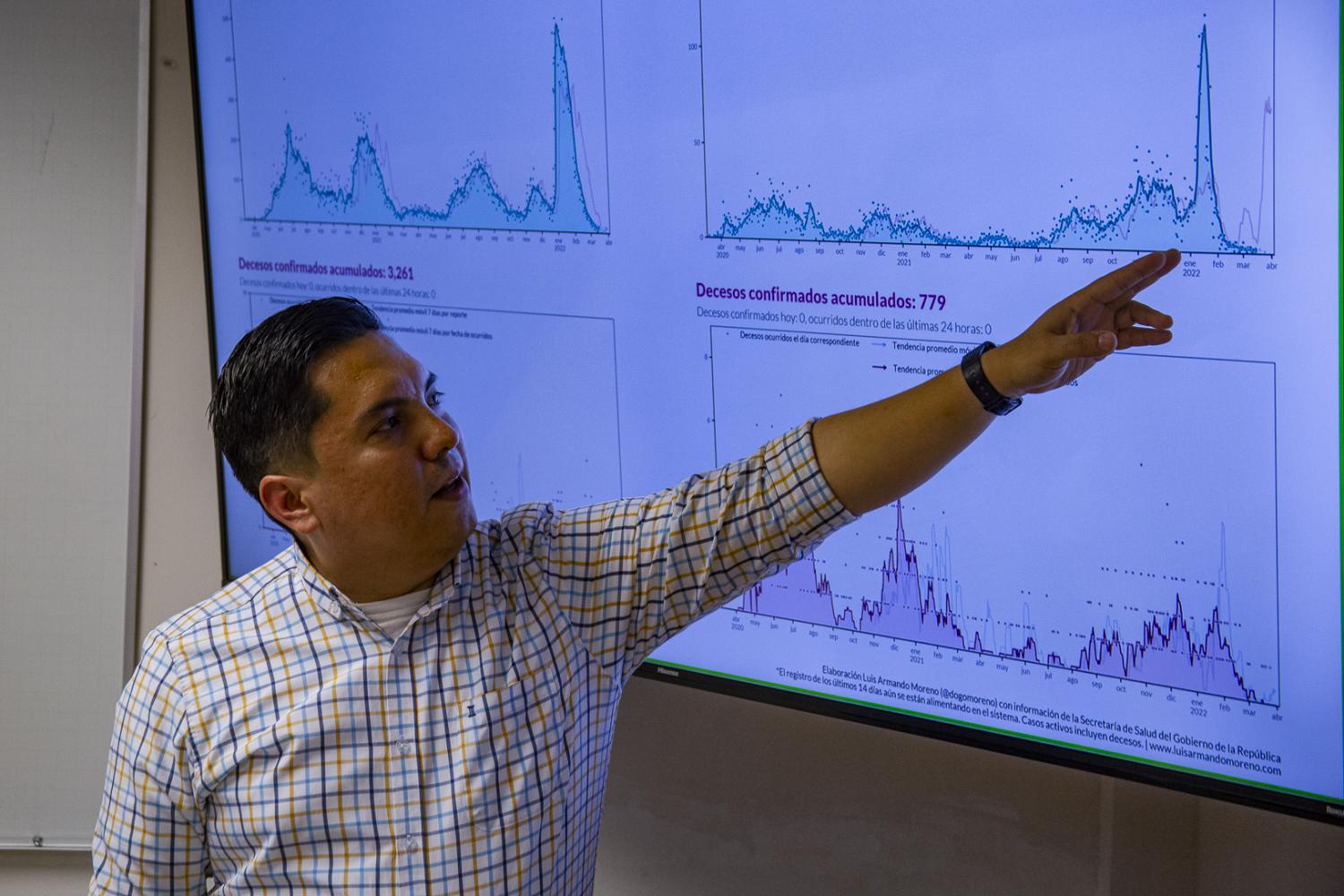 Murphy Woodhouse/KJZZ
Luis Armando Moreno and his fellow graduate students recently gathered to share the latest on their final projects for the University of Sonora's inaugural data science master's program.

Do what you know

Digging through old files on his computer, Moreno pulled up the very first graphic he made — on the exact day the first case was confirmed: March 16, 2020.

It shows where Hermosillo’s older residents — among those most vulnerable to the disease — were concentrated. He built it with Excel and other software tools, things he used in his day job at the state Auditor's Office.

“And that’s how it started,” he said. “There was an absence of information, there was a lot of uncertainty among everyone, all of Sonoran society, and there weren’t many answers.”

For Moreno, his project was a means to “attack” the information vacuum and contribute in a way that suited his skills.

“Analyzing data and making graphics, that’s what I know how to do," he said.

He couldn't have known it then, but so began what would be countless early morning and evening hours of effort over the next two years. It was this project that also led him to apply to the University of Sonora math department’s new data science master’s program (MCD) later that spring.

“Starting this project is what brought me here, and being here allowed me to improve the project a lot,” he said.

As he learned new tools and techniques, he incorporated them into the COVID project, steadily increasing its sophistication and cutting from hours to minutes the time it took each day. The project’s profile also grew, and Moreno became a regular source of pandemic information and analysis for Sonoran news outlets — and KJZZ News — something he initially resisted but eventually embraced. 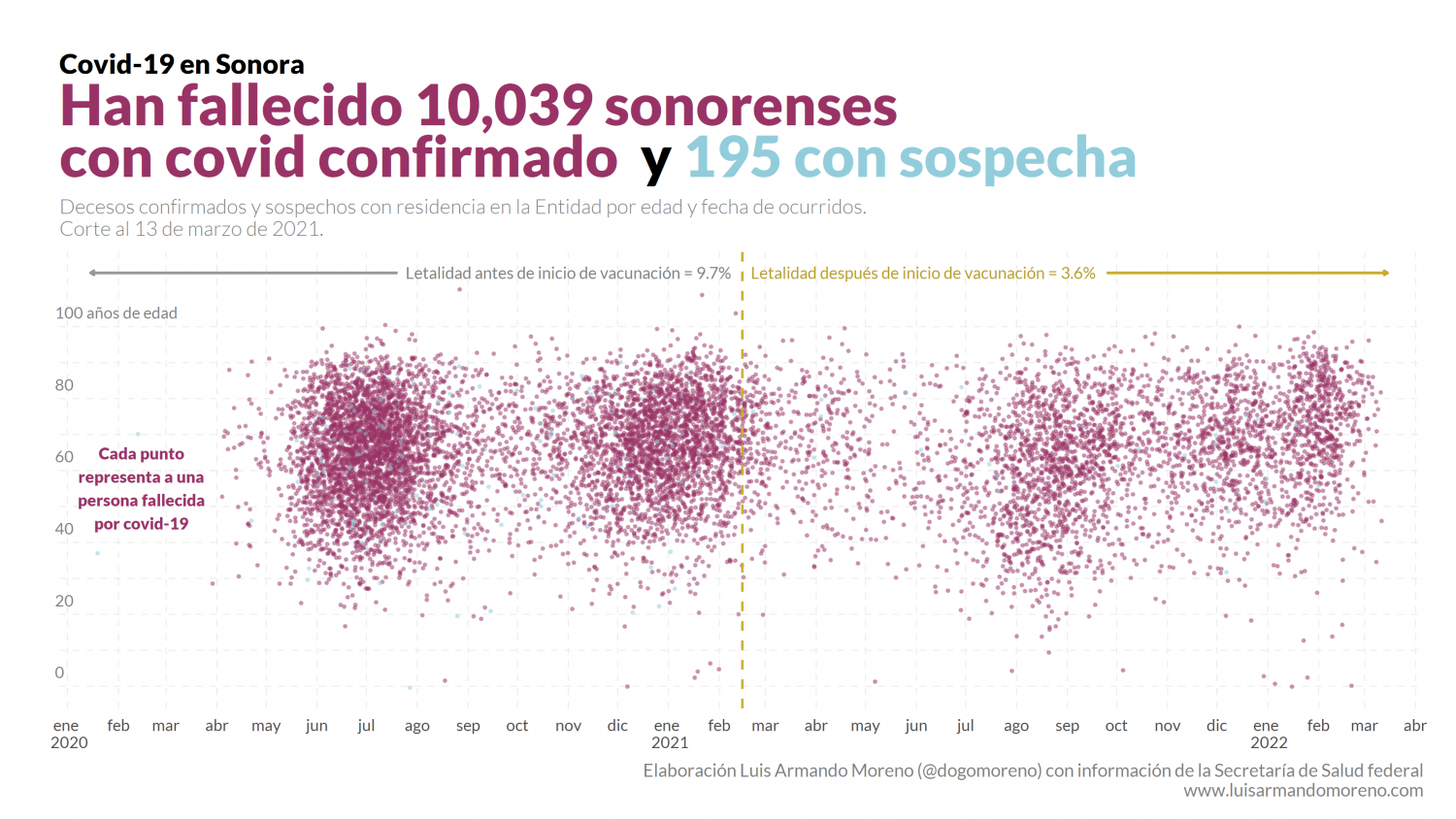 With the end of the inaugural master’s program fast approaching, data science students recently gathered to share the latest on their final projects. Before it got started, Julio Waissman, the program’s coordinator, shared his thoughts on Moreno’s effort.

For a time, Waissman and others with the program maintained their own COVID tracking project, but he readily — proudly — concedes that Moreno’s did a better job.

“To me, his project is the best, that gives the best information,” he said.

He said the best data presentations are often citizen-led initiatives because public bodies can have hierarchies that make flexibility difficult. Political considerations can also complicate things.

Because the work was all based on public data, he said anyone could do what Moreno has done. But you need to know how to extract what Waissman described as the “nuggets of gold” from “a sea of numbers.”

“And Luis Armando is really good at that,” he said. 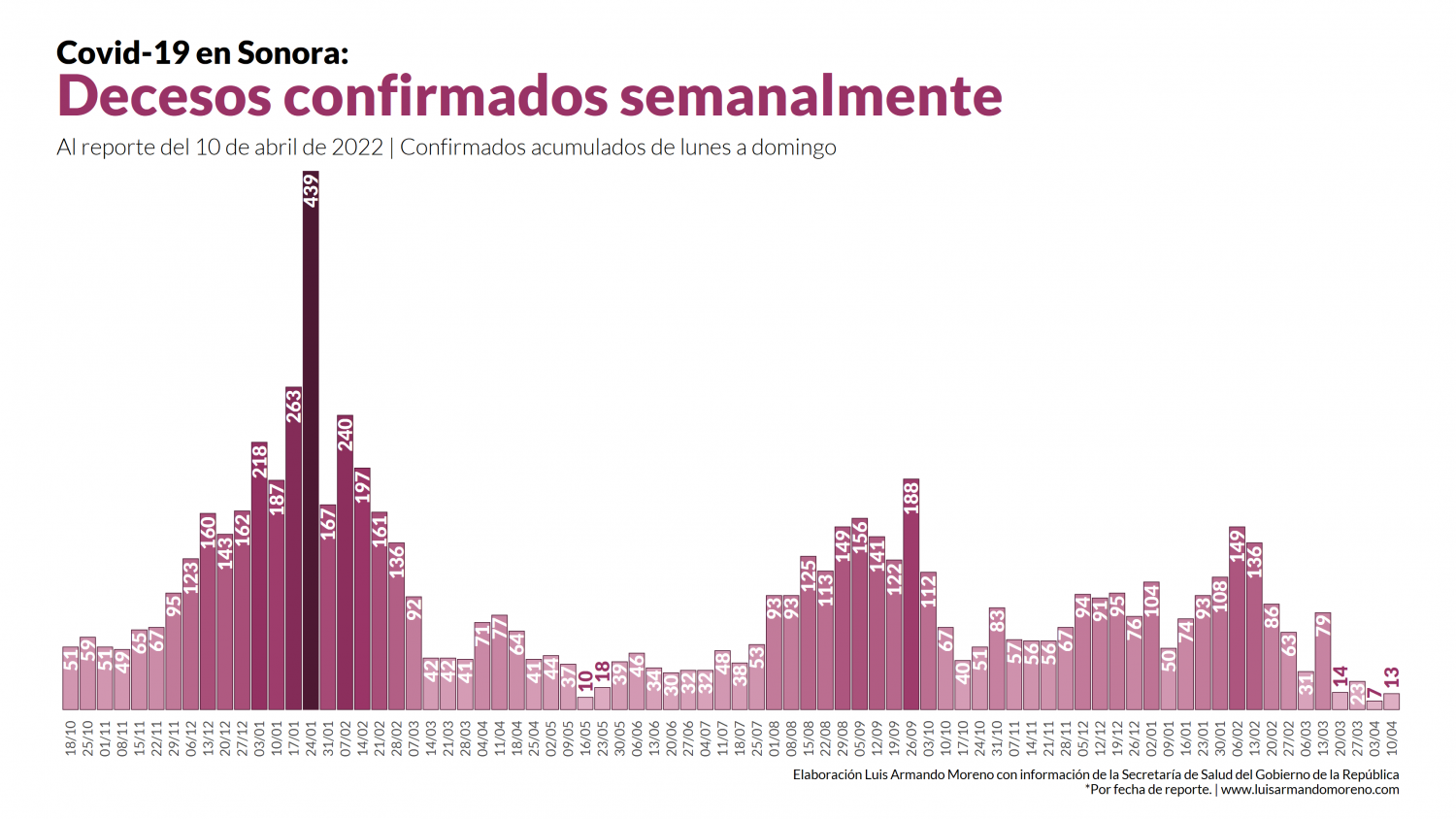 With cases and deaths on the decline in Sonora for weeks now, Moreno is considering the possibility of his final master’s presentation serving as the symbolic end of his project — barring a major new wave.

He hopes it’s provided the public with “timely information” for making decisions, and filled in gaps in other sources. He’s regularly heard from people who told him that his work led them to change plans — skipping a party, delaying an event.

“If you ask me if it’s been successful at achieving that, I think so,” he said.

But the project also stands as a clear accounting of what happened during the pandemic in Sonora, a public refusal to forget the scale of the tragedy, and a rebuke to those who Moreno has seen dismiss the coronavirus as little more than a cold.

Pointing to what he called an “infinity of points” in one of his graphics — each representing one of several hundred thousand confirmed deaths in Mexico, he said, “there’s the gravity, families irreparably harmed during these two years.”