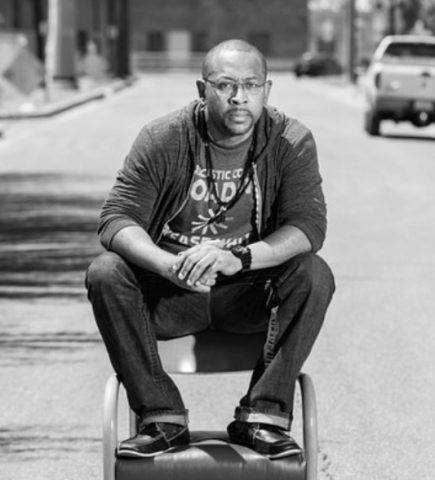 What do a labor organizer who fought to unionize industrial laundry workers in the Valley, poets from the state, a teen writer who wrote a book about women poets and a legend of open mic have in common?

They are part of "Word."

It's a KJZZ podcast about literature in Arizona and the region.

Award-winning writer Daisy Pitkin, who has spent over 20 years as a community and labor organizer, offers, “On the Line: A Story of Class, Solidarity, and Two Women’s Epic Fight to Build a Union.” The book takes readers inside a bold five-year campaign to bring a union to the dangerous industrial laundry factories of Phoenix.

According to her website, her essays have been awarded "the Montana Prize, the Disquiet Literary Prize, the New Millennium Award, and the Monique Wittig Writer’s Fellowship. She grew up in rural Ohio and holds an MFA from the University of Arizona.”

It’s April, and someone some time ago designated the month as National Poetry Month. So, we’re running with that. In our segment titled “In Their Own Words," we feature returning guest Austin Davis who is a senior at Arizona State University (ASU), a homeless advocate and poet who recently released his new collection of poems, “Lotus and the Apocalypse.”

Davis reads a poem called “Lotus and the Meteors.”

Marcus Christensen graduated from ASU in 2013 with degrees in philosophy and creative writing. He reads, “Escalante, Utah.”

Hannah Peterson is a citizen of the Cherokee Nation. She currently lives in Phoenix, and in her free time enjoys traveling, being immersed in the arts and writing. She reads her poem, “Nevermind.”

Poet and artist Ash Hooke lives in Tucson and reads “Mean Season” from the work “50 for 50” which consists of 50 poems and illustrations. Hooke was published in the March edition of Deadbeat Poets Society's zine, "Kogarashi."

In January, Camille Campbell released “Her Poems: Women Poets Who Changed the World.” The paperback is designed to introduce poetry and inspire readers ages 6-10 to awaken their inner poet.

Campbell is a homeschooled teen and winner of the Moonbeam Award who developed a love of writing at a young age.

HomeBase Poetry began in 2009 as a feel-good way to uplift underserved audiences in the Valley.

It’s the brainchild of Harold Branch III who is working on his doctorate at Grand Canyon University and is celebrating 30 years as a spoken word artist. Branch grew up in the Midwest before coming to the Valley.

According to his website, “He's affectionately known as 'HB' and is a Phoenix based speaker, trainer, entrepreneur and poet.

HB hails from the West side of Chicago, an area hard pressed and recognized as being one of the toughest and most oppressed neighborhoods in America. Despite being separated from his father when he was one and losing his mother to suicide at the age of two, he defied all odds and went on to become an applauded poet, speaker, and business trainer.

His tumultuous and humble beginnings honed his ability to use captivating poetry and powerful language to engage a crowd with sincerity, truth, wisdom, and action for positive change.

HB’s first book 'Finding My Way' uses poetry and coaching techniques to guide readers through their own healing journey and has been used nationwide to further healing and action based conversation.”

Their next open mic is Apr. 24 in Phoenix.

We hope you enjoyed our offerings for National Poetry Month this season.

We’re back in May with more episodes about literature in Arizona and the region.

If you have a comment about this show or a suggestion for a future one, feel free to email Tom Maxedon. Thanks so much for supporting public radio and listening to KJZZ original podcasts.

Business Education Word
Listen to this KJZZ podcast about literature in Arizona and the region.