In Flagstaff, there's a race against Mother Nature to stop another flood 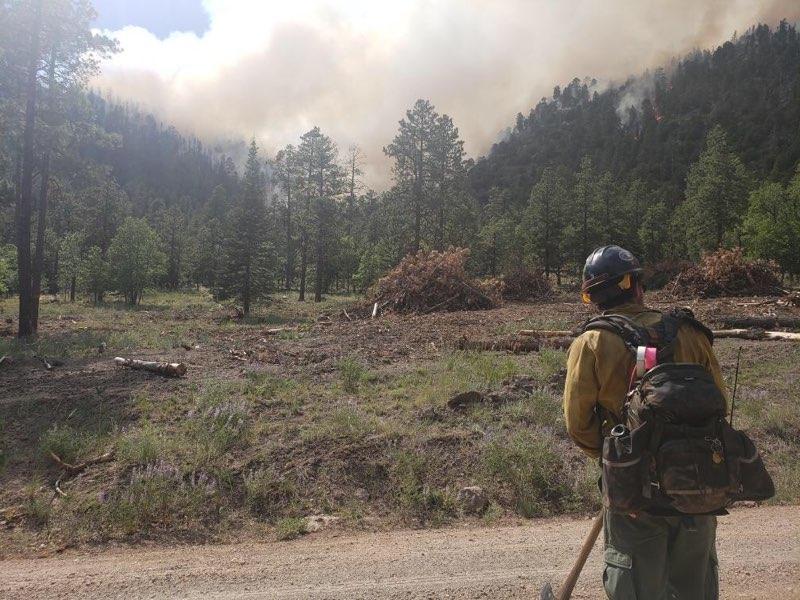 InciWeb
A wildland firefighter at the scene of th Museum Fire on July 27, 2019.

The Museum Fire in Flagstaff burned nearly 2,000 acres in 2019. Then a rain event of a magnitude that only happens every few hundred years fell on its burn scar. It resulted in mass flooding of homes in several Flagstaff neighborhoods.

Coconino County is now spending more than $1.5 million to keep this coming monsoon season from pouring mud on homes again.

"We’re not going to be able to stop all of the sediment but we feel we have a good plan in place and we’re starting now and we’re hopeful to get it basically completed before the monsoons start," said Coconino County Supervisor Patrice Horstman.

The National Weather Service has predicted a wetter than usual monsoon season.

The city is working on its own drainage projects. Federal forest officials will start work this spring on a months-long effort to reduce sediment on forest land.

"We need to do what we can to stop that sediment or of course it’s going to clog up the city of Flagstaff’s flood control efforts," Horstman said.