Crooks Fire: The latest on the wildfire near Prescott 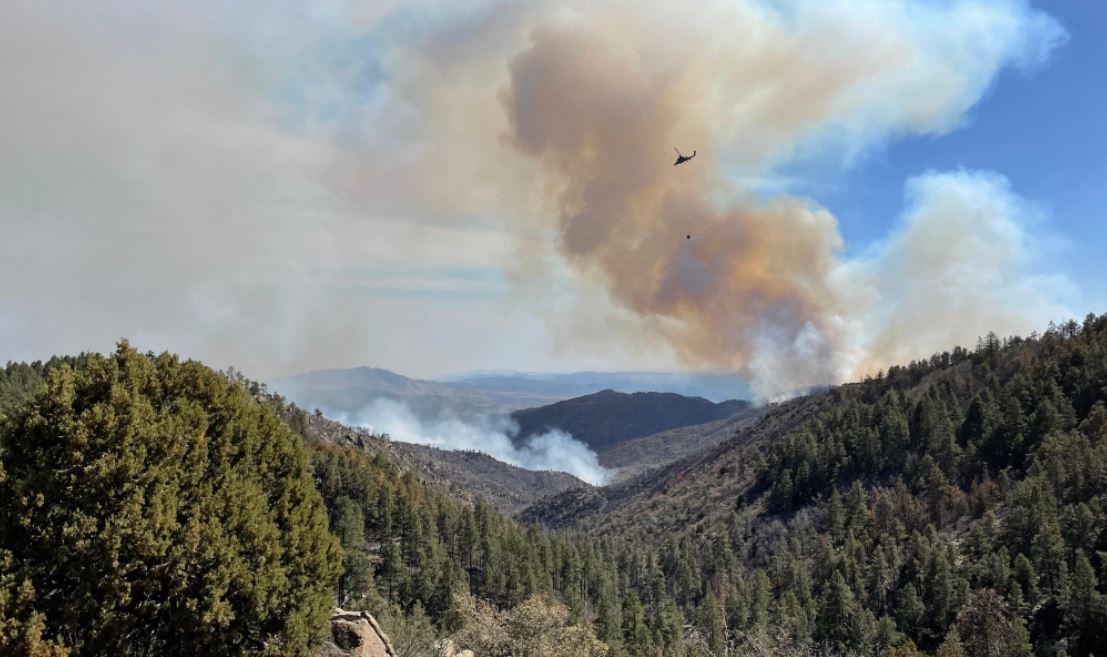 Sergio Montañez/Prescott National Forest
A helicopter heading for a water drop on the Crooks Fire on April 23, 2022.

Firefighters are bracing for weather that could bring extreme danger to the Crooks Fire site near Prescott.

Prescott National Forest officials said in a statement that this weekend’s weather could bring “extreme fire danger” to the site of the Crooks Fire, which was 96% contained as of Sunday.

The National Weather Service has issued a Red Flag Warning across most of Arizona through Sunday night due to low humidity and wind gusts that could reach up to 50 miles-per-hour on Sunday. A “fire area emergency closure” has been applied to the forest in order to protect public safety.

Forest service officials say fuel in the area is still dry and receptive to fire.

Mandatory evacuations were ordered in parts of Yavapai County Monday evening due to a growing wildfire.

The evacuations were ordered in the Prescott area near Mount Union and Camp Kippa. An emergency shelter was set up at the Findlay Toyota Center in Prescott Valley.

The Yavapai County Sheriff’s Office and the U.S. Forest Service announced the evacuations through their social media accounts.

The 500-acre Crooks fire was first spotted Monday morning and had burned just a few acres at that point. The evacuations come just as federal officials warned of increased fire dangers due to high winds this week.