Wildfires driven by strong winds have erupted in northern Arizona.

In Coconino County, the Tunnel Fire exploded to at least 6,000 acres by Tuesday afternoon. Neighborhoods on Flagstaff’s northeast side were evacuated. The fire is not contained, and U.S. Forest Service officials said they still don’t know whether any homes have been destroyed.

By Tuesday evening, a second fire, the Government Prairie Fire, flared up west of Flagstaff. 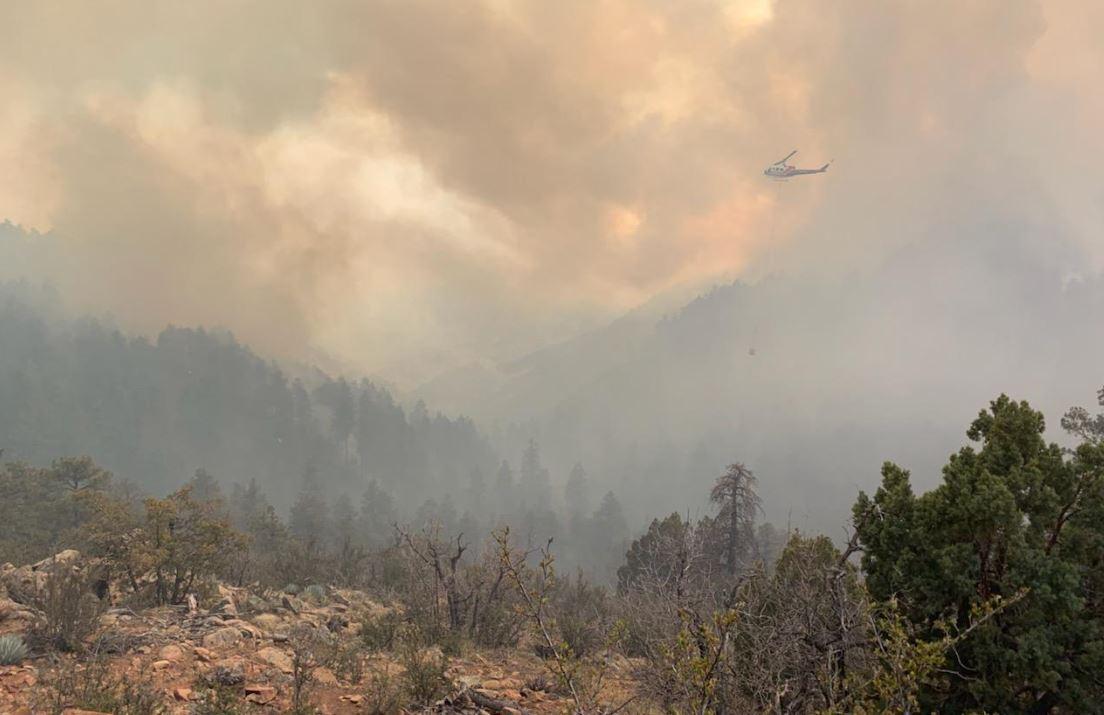 "The winds are quite high and it is moving this fire very quickly," said Kristin Greene, a spokeswoman for the Yavapai County Sheriff’s Office.

The Code Red emergency alert system which the county relies on was down Monday but is now operating again. Green urged residents to sign up for the notification system.

"We urge them to do so because they will get real time about evacuation status for their area."

Two empty structures were lost to the Crooks Fire by Monday night.