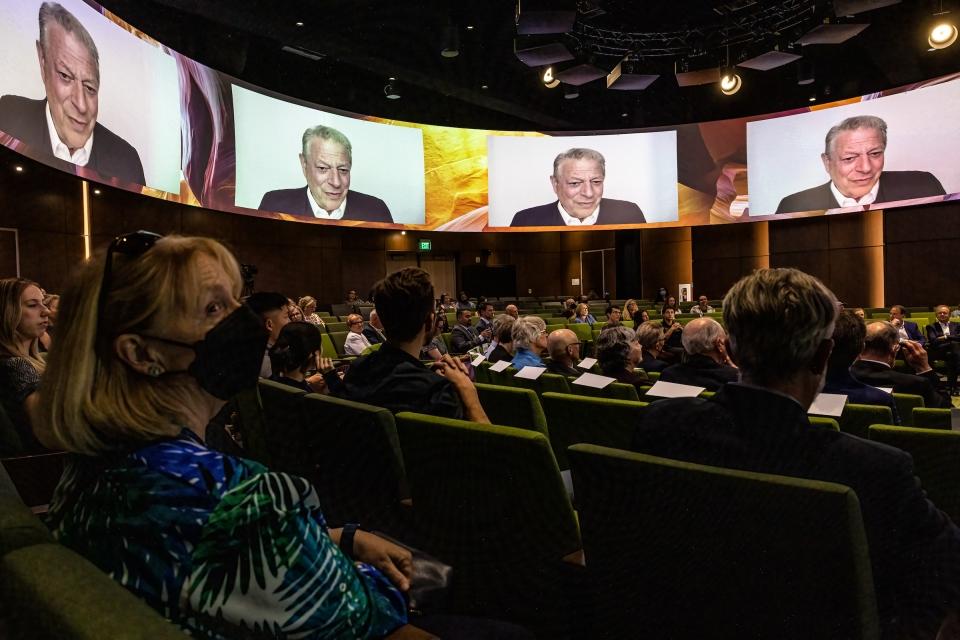 With Earth Day approaching, a group of academics gathered at Arizona State University for a virtual and in-person conference on climate change and democracy.

As the threat of climate change keeps growing, American democracy faces another set of challenges, such as a divided nation and a broken media landscape.

But he said the technology exists to combat rising temperatures. That’s because solar and wind companies have operated efficiently, with a sense of urgency that has revolutionized renewable energy.

“This global, sustainability revolution has the scale of the Industrial Revolution, coupled with the speed of the digital revolution.”

He says that in five years wind and solar will become the cheapest forms of energy for virtually the entire world.

“Once we reach true net zero, global temperatures could stop going up, with a lag time of as little as three to five years,” he said. “And if we stay at true net zero, half of all the human-caused CO2, will fall out of the atmosphere, in as little as 25 to 30 years.”