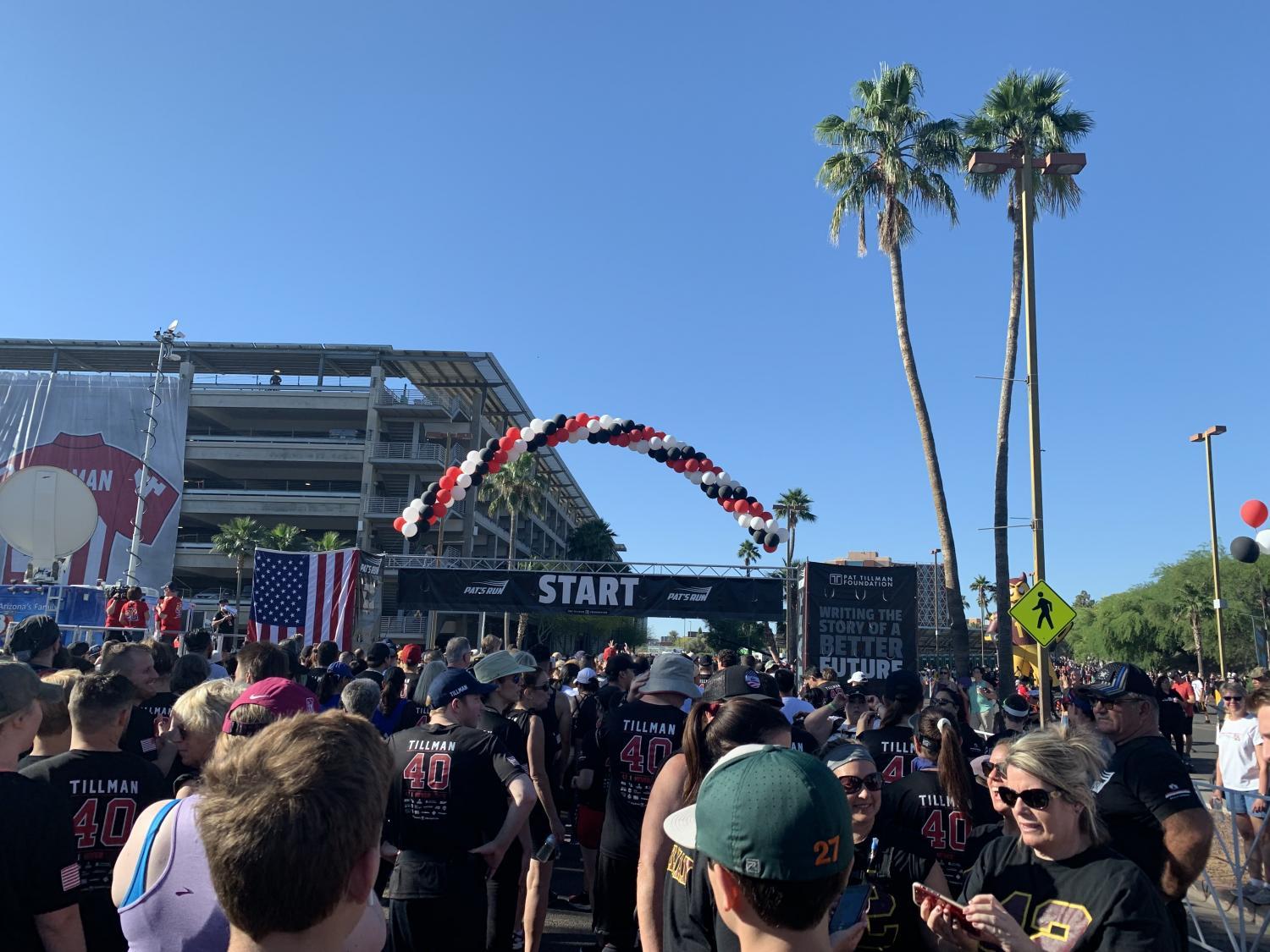 Amanda Luberto/KJZZ
The starting line of Pat's Run in Tempe.

On April 23, thousands of people in Tempe will put on their sneakers and make a 4.2-mile trek that ends inside Sun Devil Stadium. The event, Pat’s Run, has been a staple in Arizona for nearly two decades. But the last two years during the pandemic, the run went virtual.

Dan Futrell is the CEO of the Pat Tillman Foundation, and he said it’s good to be back running in person after two years apart.

“For those who have run it before and you’ve finished on the 42-yard line at Sun Devil Stadium, it has been a lot of fun to do things virtually and to get more people in their own neighborhoods. But finishing on that 42-yard line, it’s just not the same if you’re doing it virtually. So we’re all very excited to have people back and just to feel that energy," Futrell said.

The event honors Pat Tillman, who wore number 42 on the football field at Arizona State before being drafted by the Arizona Cardinals. But he gave it up and left the NFL in 2002 to enlist in the U.S. Army as the war in Afghanistan raged. He was killed by friendly fire on April 22, 2004.

The first Pat’s Run was held just a year later, and since then the foundation has raised more than $20 million to send members of the military, veterans and their spouses to school.

"Over almost two decades, we’ve built a community of over 750 Tillman scholars who have undergraduate degrees, master’s degrees and a variety of other degrees in healthcare, in law, in policy, in business, in education, in the arts. And they’re out in the world really working with the commitment to continue their service beyond the uniform," Futrell said.

As for this year’s race, organizers are expecting more than 27,000 participants to gather in Tempe to run, jog or walk.

“We’re 18 years into this run, and 18 years from Pat losing his life. It’s pretty incredible that this many years later, this has become an event that builds community — and it’s not just an empty community. It’s a community that continues to be inspired by how an exceptional man lived his life, and that’s pretty cool," Futrell said.

If you want to join in, there’s still time to register for the run.