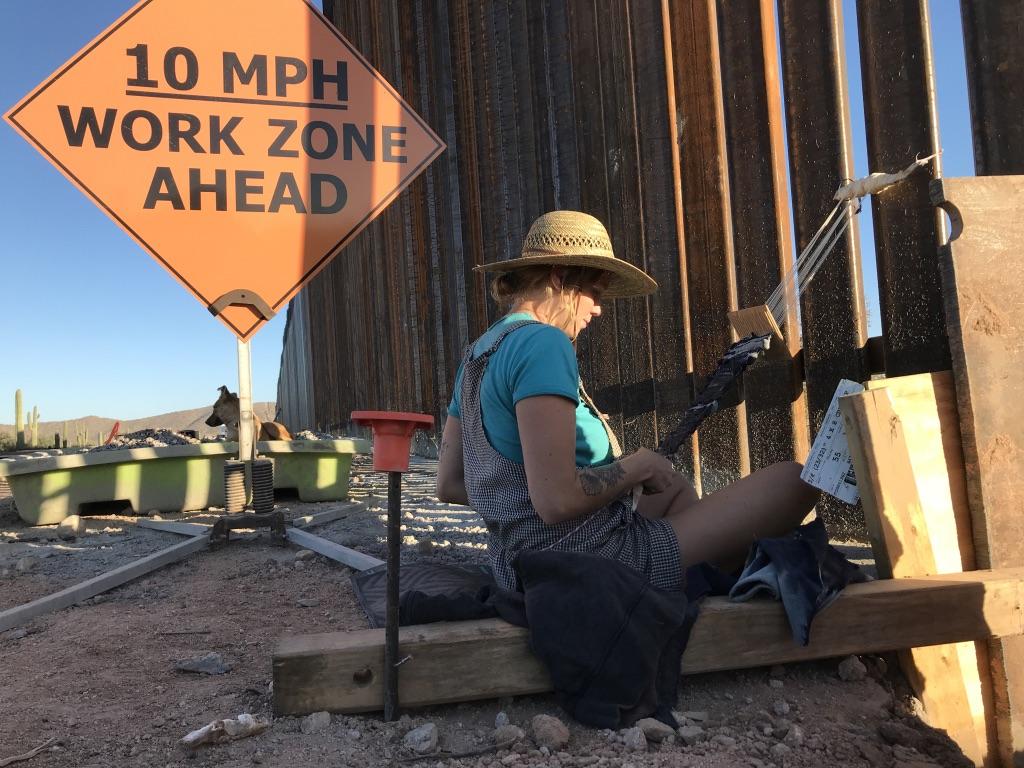 Maxie Adler
Maxie Adler weaves fabric on a back-strap loom attached to her and the southern border wall.

People say a picture is worth a thousand words. Well, sometimes, a piece of art can be worth even more.

That’s the case for a piece of weaving done by Tucson artist Maxie Adler. It doesn’t hang on a wall in a gallery, but instead, on a 30-foot steel bollard on the border wall between the United States and Mexico in southern Arizona.

Adler created the work with pieces of fabric left by migrants near the border that she found in the desert — backpacks, clothes, the odd teddy bear or two. Every object, she says, tells a story of immense loss.

The process took her more than two years because she physically attached herself to the wall and her loom as she wove.

The Show spoke with her to learn more about the process, and why she felt compelled to do it.