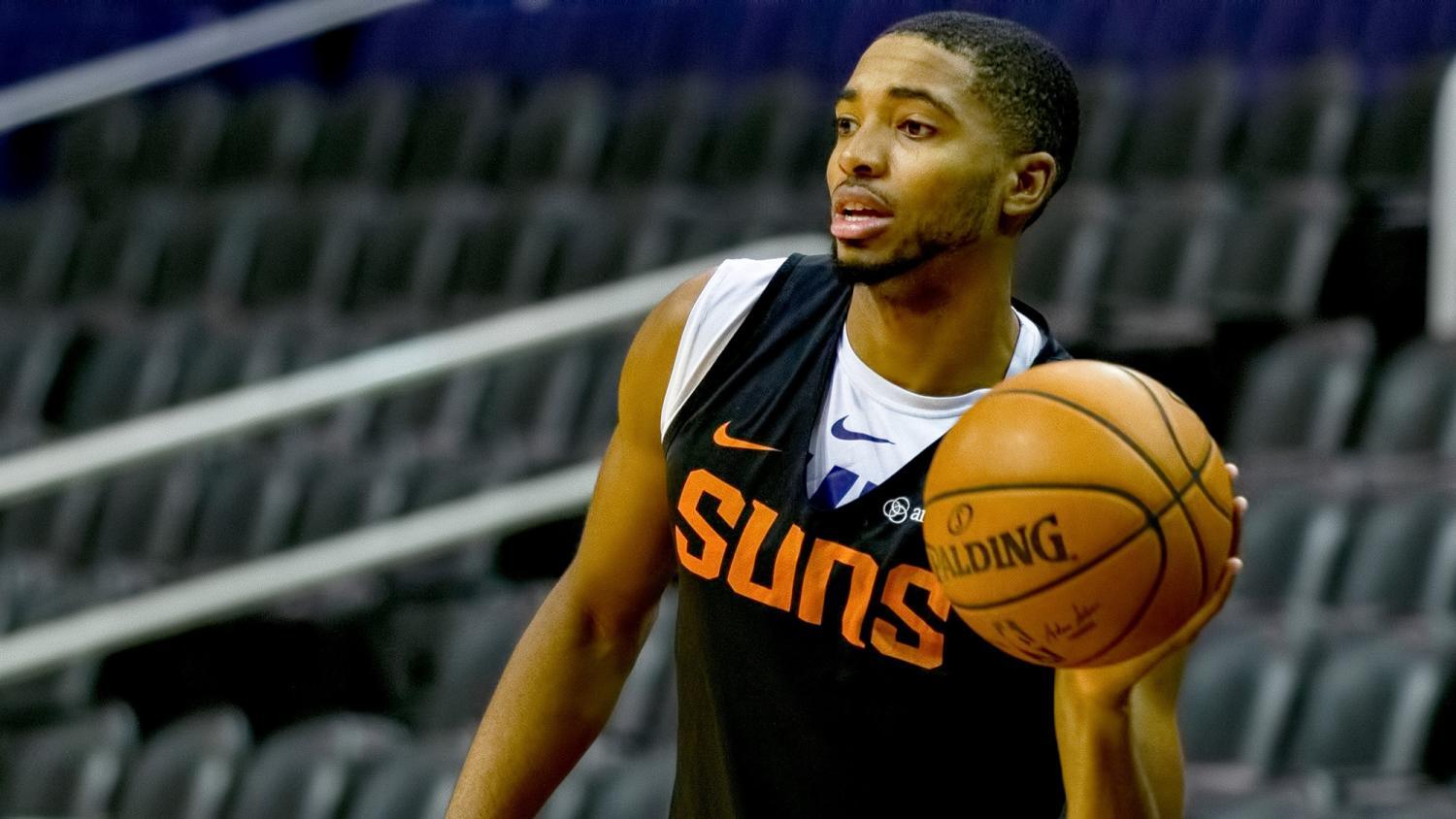 Zachary Pekale/Cronkite News
Mikal Bridges at a shootaround in 2018

The Suns never trailed but also never totally pulled away until the final few minutes against the feisty Pelicans. Once again, Phoenix found a way to close, improving to 50-0 this season when leading after three quarters, including 3-0 in this series.

Bridges closed the Suns' scoring with two emphatic dunks in the final minute, capping arguably the best game of his pro career.

The Suns took an 89-78 lead into the final quarter after Cameron Payne’s late 3-pointer. The Pelicans — just 36-46 during the regular season — pulled within seven points with less than two minutes left, but Cameron Johnson threw down a one-handed jam on the ensuing fast break to keep the Suns in control.

Phoenix will try to clinch the series in Game 6 on Thursday in New Orleans. If the first five games are any indication, it will not be easy.

Paul bounced back from a subpar Game 4, and Bridges showed why he was one of three finalists for the league's defensive player of the year, blocking four shots.

It was also an ironman performance for Bridges, who played 47 of a possible 48 minutes yet never looked tired. He made 12 of 17 shots from the field, grabbed five rebounds and had two steals.

Phoenix played its third straight game without All-Star guard Devin Booker, who was still out with a strained right hamstring that happened in Game 2.

Closed it out in style. * pic.twitter.com/gQrEsICqKQ

The Suns jumped out to a 2-20 lead by the end of the first quarter. They looked much more like the team that led the NBA with 64 wins during the regular season, playing tight defense and making the extra pass on offense to get open shots.

Phoenix led by as many as 17 during the second quarter before settling for a 59-46 advantage. Paul had 16 points before the break while Ayton added 13. Ingram had 13 for the Pelicans.

Suns coach Monty Williams was fined $15,000 for publicly criticizing the officiating in Game 4 of the first-round playoff series against the New Orleans Pelicans, the NBA announced before the game. The Pelicans had a 42-15 advantage in foul shots during Game 4, which the Suns lost.

Jose Alvarado was once again tough on defense for the Pelicans, forcing an eight-second call in the fourth quarter against Paul, who couldn't get the ball out of the backcourt.

Booker has been working out at the team's practice facility, but it's still unclear when he'll be able to return. Payne gave the Suns a boost with seven points in the first quarter. He averaged just 4.8 points through the first four games of the series. Phoenix was just 1 of 9 from 3-point range before closing the first half by hitting 4 of 6.