Arizona OKs uranium mine near Grand Canyon despite pushback from environmental, tribal groups 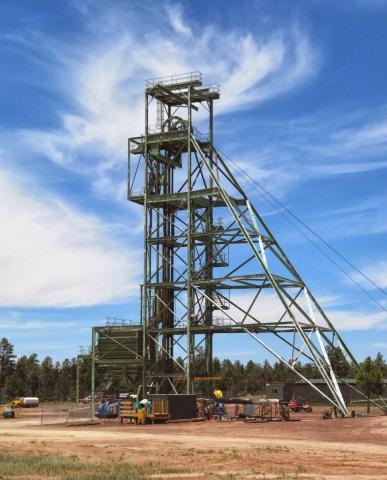 U.S. Forest Service
The Pinyon Plain Mine near the Grand Canyon.

In its executive summary of the Pinyon Plain Mine as it’s called, the Arizona Department of Environmental Quality said area groundwater is naturally protected from contamination from mining operations.

Environmental groups and the nearby Havasupai Tribe have opposed the mine saying it risks contaminating area groundwater that rises from the aquifer beneath it. The Arizona Republic first reported on the agency granting the permit.

Alicyn Gitlin is with the Sierra Club’s Grand Canyon chapter.

“Aquifers around Grand Canyon are too sensitive and too important, and scientists agree that this mine puts them at risk of depletion and contamination,” she said.

But those groups have lost efforts to stop the mine in court.