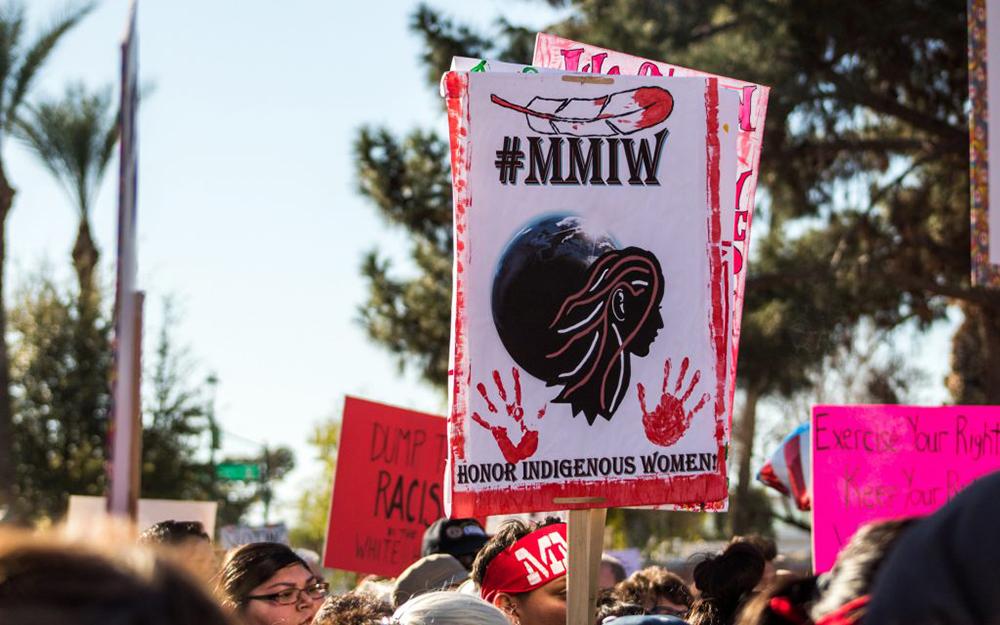 Melina Zuniga/Cronkite News
Indigenous men and women used the #MMIW hashtag and the red hand, a symbol of the movement, during a 2018 Women’s March in Phoenix to honor missing and murdered indigenous women.

An event designed to record testimonies about Navajo women who’ve gone missing will be held at the Navajo Nation Museum in Window Rock this week.

Organizer and film-maker Charmaine Jackson calls it a tribunal for women who’ve gone missing. Families of Navajo victims will address advocates and experts. Jackson said those testimonies will be recorded and collected for elected representatives to listen to.

“I think it’s more important if it’s written down and recorded and submitted and I think that’s being the next step to awareness and attention," she said.

The event will take Thursday and Friday. It’s planned around a national day of awareness about Native women who’ve disappeared.

It is a free event but the museum’s auditorium has limited seating. RSVP at [email protected]