'Dancing With The Universe | Native Style' debuts this weekend in Scottsdale 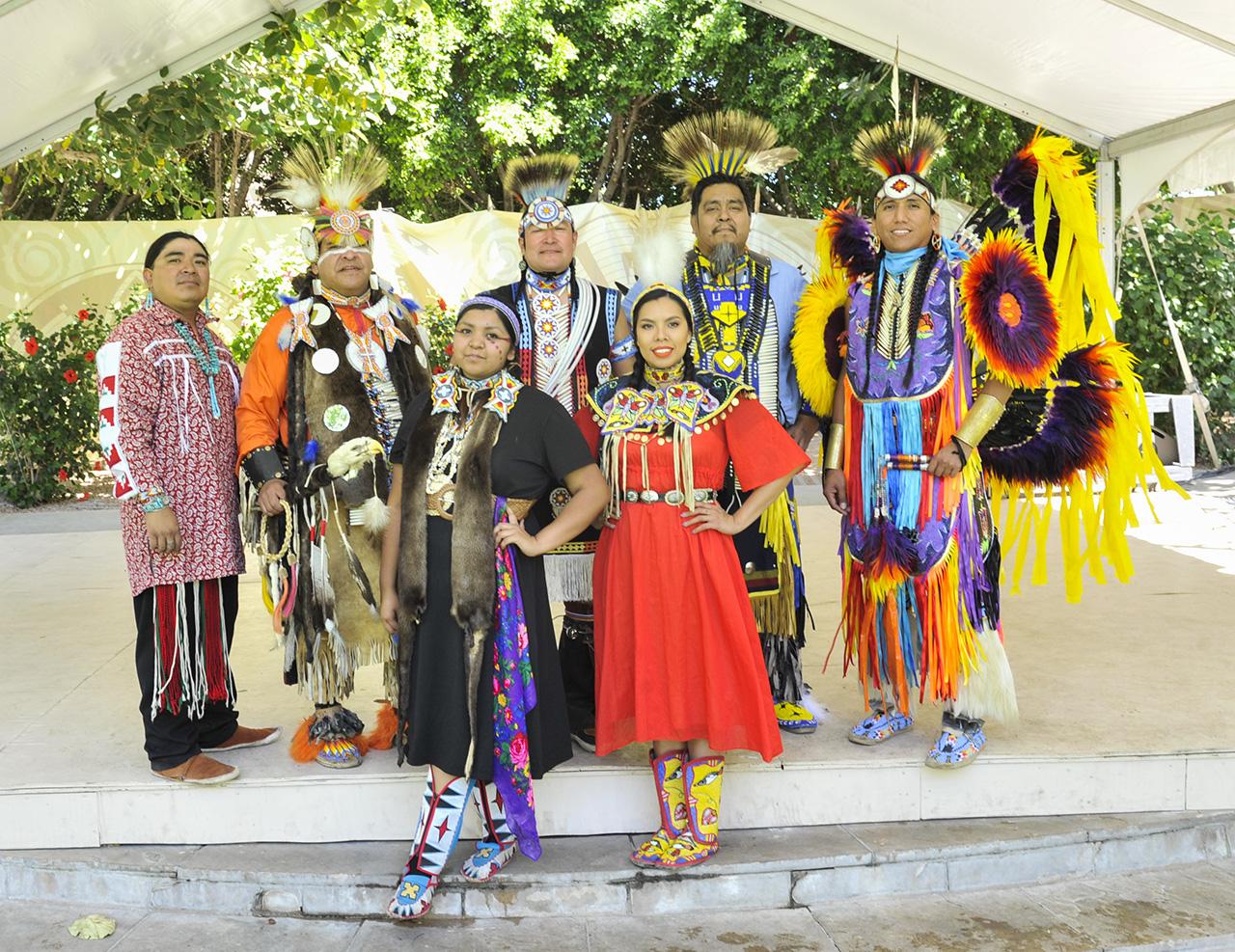 "Dancing With The Universe | Native Style” is a new Indigenous theatrical work debuting this weekend at Scottsdale Center for the Performing Arts.

The themes present in the songs and dances are centered on connecting to nature.

The show was created by artistic director Derrick Suwaima Davis who is Hopi and Choctaw. “Many of our dance instruments represent and are made from plants and some cases animals so it’s representing our connection with our environment and makes sounds that we would hear, for example with the drums, some of the thunder sounds and with the rain, you know, that makes everything healthy as well,” he said.

Davis noted other performers from a variety of tribes contributed to the dances and musical compositions, some of which are chants. “Other songs do have words in them of the various tribes of the Southwest from Hopi, Navajo, Tohono Oʼodham and Apache. Those are a few of the tribes that are going to be represented,” he said.

In a separate release, Abbey Messmer, director of programming at the center stated, "We recognize our performing arts center sits on unceded and unsurrended Indigenous homelands. For many years, we have been honored to present numerous performances by Suwaima and his Native Trails productions, which have provided opportunities for Native artists from diverse tribes — including multiple tribes based here in Maricopa County and throughout Arizona — to share their traditional movements and music. ‘Dancing With The Universe | Native Style’ continues that legacy with an exciting new work that Davis has developed in response to receiving a prestigious grant from the National Endowment for the Arts."

In the same release, Davis stated, “We all have ancestors, and ancestors around the world use the sun, moon and stars to migrate and build, all the while appreciating and encouraging the natural order of the universe. ‘Dancing With The Universe | Native Style’ celebrates not only human life but our relationship with the life of the universe. I hope the audience will be inspired to carry on the important responsibility of stewardship and restore and renew Mother Earth. Live to dance, and dance to live.”

According to his biography, Davis "began participating in powwows at the age of 3, and when the Smithsonian’s National Museum of the American Indian opened, he was honored to be designated as head man dancer at its inaugural powwow. He is the founder and artistic director of The Living Traditions Dance Troupe and an eight-time Hoop Dance World Champion. He has traveled the world as a cultural ambassador, sharing his dance and his culture through collaborations with the Heard Museum, American Indian Dance Theatre, Billy Ray Cyrus and Willie Nelson."

The performance begins at 7 p.m. on Saturday.