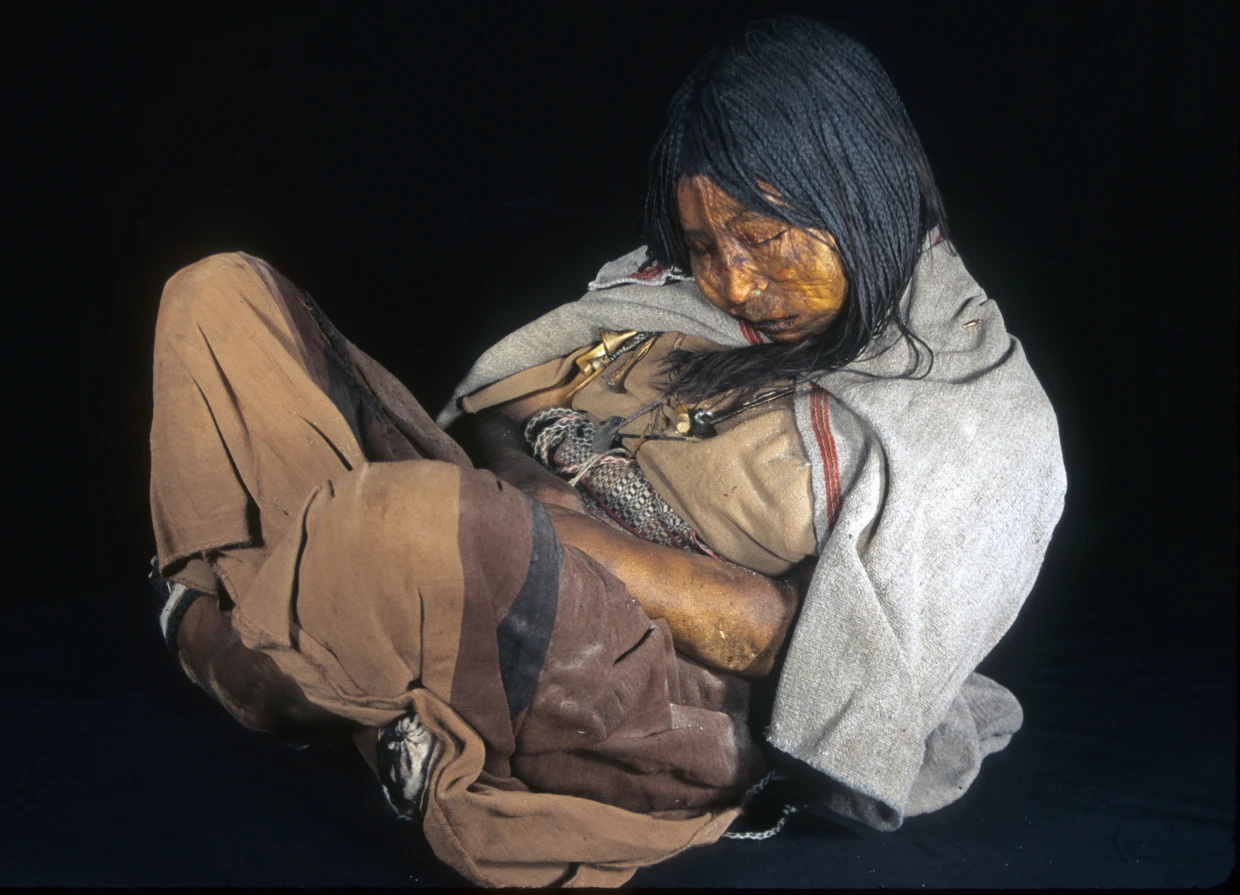 Johan Reinhard
This is the eldest of three mummified children found entombed in a shrine near the Argentinian volcano Llullaillaco in 1999. Research finds the children were given large amounts of drugs and alcohol before their death.

National Geographic Explorer Emeritus Dr. Johan Reinhard is an archeologist who has done extensive research into Incan culture and society.

Recently, he was part of a team that researched the site and remains of sacrificed children mummified in the high altitudes of the Andes. It was part of a sacred ritual in Incan society where the children were selected to travel throughout the Incan empire and then ascend into the mountains to be united with the gods.

New research of the mummies found on one of Reinhard’s recent expeditions shows the 6- and 7-year-olds were supplied with drugs, including cocaine and a popular spiritual substance called ayahuasca. It may be the earliest evidence that the substance was used as an antidepressant for the likely anxious children.

The Show spoke with Reinhard to learn more about the findings.